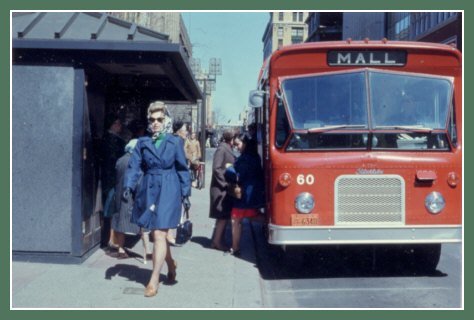 Almost fifty years ago, the City of Minneapolis actually did something for its residents who use transit. It created an exclusive guideway for buses down the center of the main shopping street Downtown, reducing buses’ exposure to congestion and (probably) speeding up trips (a little, sort of). Since there private cars are not allowed on this street (except for one day a year for some reason) it is the type of facility known as a transit mall, and we call it Nicollet Mall.

I kinda figure this was an accident. My understanding is that the intent of the Mall was to create a more pleasant atmosphere for shopping, and I’ve never heard anyone mention that any part of the rationale was to improve transit (I wasn’t living in Minneapolis at the time, or anywhere else for that matter). It seems possible that at the time they just couldn’t conceive of a street that didn’t have any type of roadway, and since the buses were running there anyway, they might was well let the buses continue.

Ever since, a small, short debate has popped up every few years about whether the busway is a good or bad thing for Nicollet Mall, which I’d caricature as the business community on one side saying the retail would do better if cars were allowed, and Metro Transit on the other side saying no way. There’s little or no debate that the Mall itself is successful, however, not of course at single-handedly defeating the malling of America, but at being one of the City’s most popular public spaces. 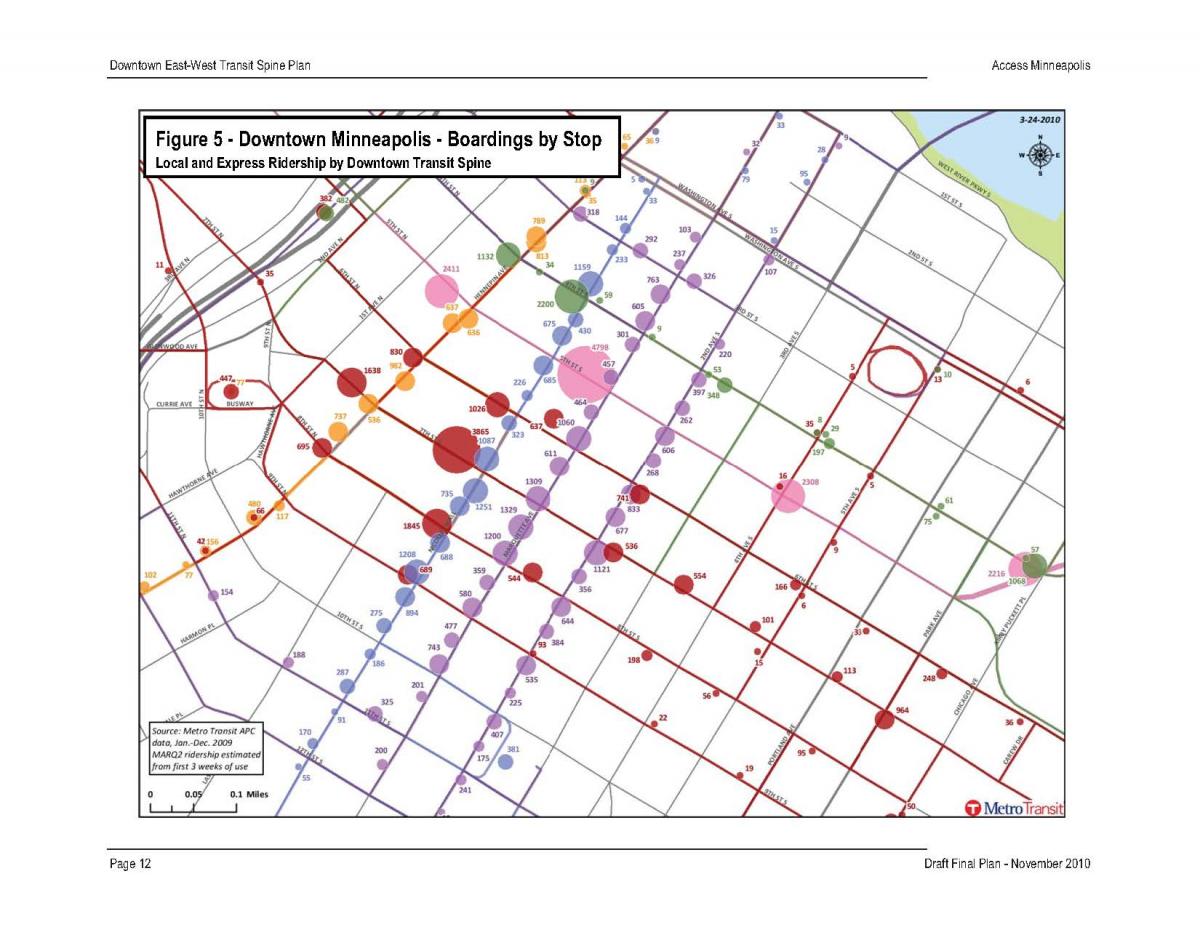 Now the City has gathered three hotshot design firms to compete for the right to practice their art with the goal of making this popular space even popularer. Note that these are design firms, not transportation planners, although some of them have experience with projects that have transportation elements (streets, mostly). Meanwhile, the City’s press releases barely mention transit except to blame buses for the poor condition of the relatively new roadway.

So what does that mean for the ~20,000 transit trips on Nicollet Mall every weekday? Well, one of the ten selection criteria for the winning bid is the design team’s “Transit Experience”, so transit won’t be completely ignored. But neither is transit more than a footnote in the official project purpose, just an aside that the design should be able to accommodate the City’s official but unofficial pet streetcar project. 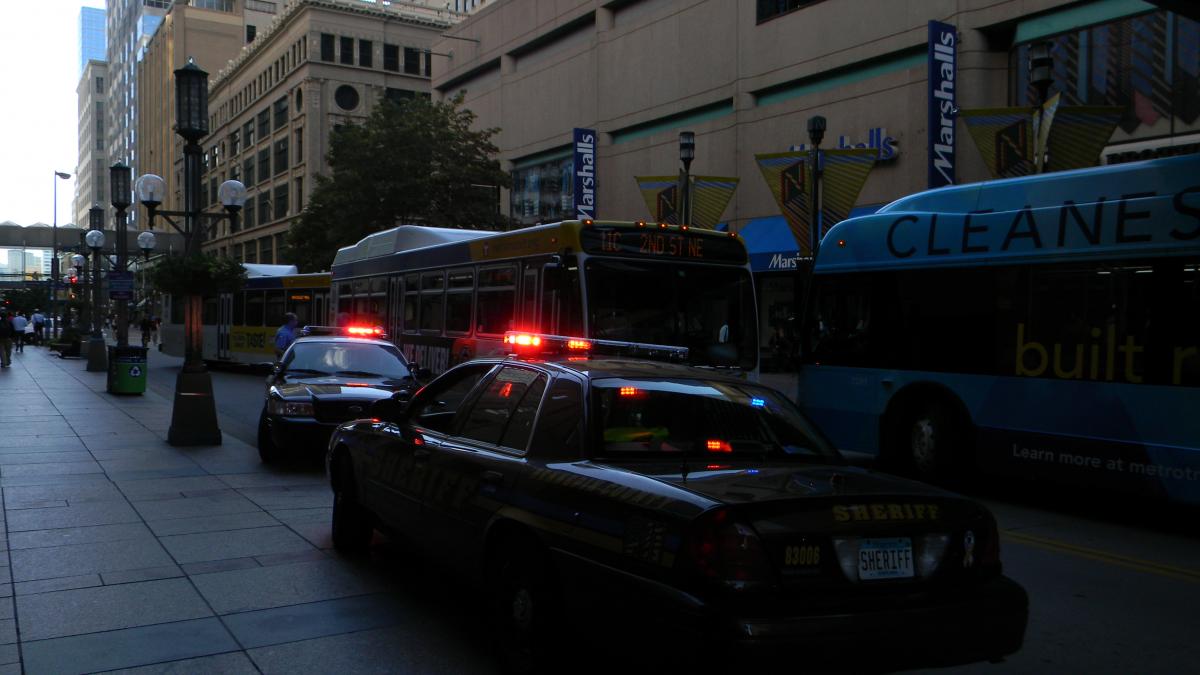 Is it still possible for one of the design teams to look at the numbers and propose an alternative that would actually work for the majority of Nicollet Mall users, i.e. the transit riders? Would they be able to look at all the interference caused by a surface-running busway and recommend a transit tunnel? Would they be able to look at the state of the art in busways (just a block or two east) and recommend a passing lane at transit stops? Or has that decision already been made for them, as reflected in the fact that there is no scoping phase to this project? Will design elements give priority to one limo carrying Gregg Steinhafel or one 17 bus carrying 60 Targetrons?

Like the majority of other users of Nicollet Mall, I primarily use it for its busway. Whether it was accidental or intentional, the transit component of Nicollet Mall is highly successful as measured by users. It should not be an afterthought in a new design for the street, it should be a lynchpin. Minneapolis has treated transit riders as second class citizens for too long. It has just come up with a serious Climate Action Plan with a serious goal for decreasing VMT. It’s time to start acting on it, and Nicollet Mall is a prime opportunity.

At top: Oops, how’d that bus get there? (Photo from HC Library)