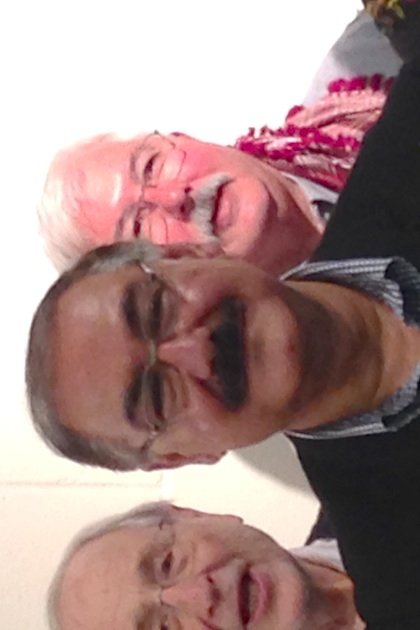 “Sami Rasouli left his native Iraq at age 24 to teach in United Arab Emirates and later in Germany. He came to Minnesota and drove a cab until he had enough money to buy a cafe and market. He was active in community life, and in 2001, became a U.S. citizen.

“After his mother died in 2003, he traveled to Iraq for the first time in 27 years. Stunned by the destruction from the U.S. invasion and occupation, he sold his business and moved back to help rebuild his country.”

Rasouli founded the Iraqi American Reconciliation Project, and has worked with it on wide range of projects and programs. Rasouli thanked his fellow peacemakers and the foundation for their commitment to peace on October 6 at the 25th anniversary celebration of the foundation and its annual award ceremony at St. Michael’s Lutheran church in Roseville.

Travelling between Iraq and the United States since 2003, Rasouli is a conduit between the countries, fostering relationships of peace. His message is that the creator is one, the message is one and we are all one. Christian or Muslim, we are all one and peace is where we are at home. War is the home of destruction, death and the stealing of resources. 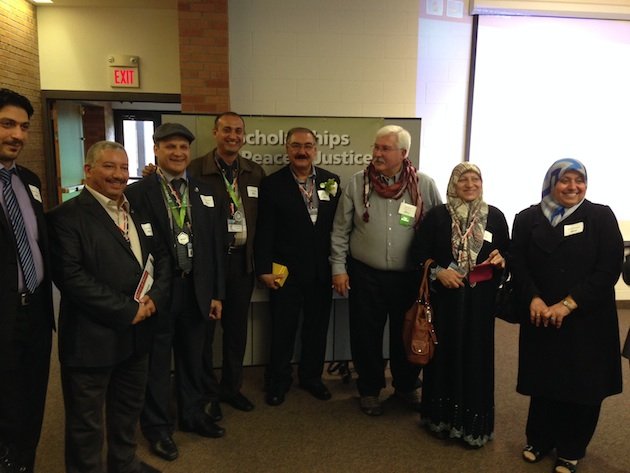 Receiving the award, Mr. Rasouli asked the audience, “Why am I here and who am I? I cannot be a peacemaker is there is war inside me. I needed healing so I headed back to Iraq, where I met the good women and men of the Christian Peacemaker Team, who helped me a lot. I then began the Muslim Peacemaker Team.”

He made a promise and has kept it, to return every year to tell Minnesotans about the effects of the war and occupation on the Iraqi people. He has developed peace programs, partnerships and curriculum for peace and justice through Letters for Peace, an artistic collaborations between four schools in New York and Najaf, Iraq. And much, much more.

Stories flow out of Mr. Rasouli. “Two young Iraqi boys impressed the local government officials for peace legislation. On September 21st, Peace Day, 900 toy weapons that had been collected were put in a prominent square and a pavement roller crushed these weapons.” These acts all contribute to peace, Rasouli believes. 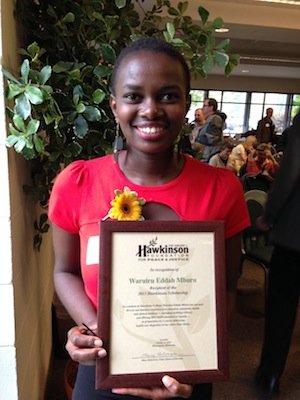 The Hawkinson Foundation also gave scholarship awards to five young leaders to continue their educational goals and proven actions for justice and peace. Recipient Waruiru Eddah Mbburu, a University of Minnesota graduate student in public health summed up the award as knowing, ” I am not alone in this work. This room is full of supporters for justice. I feel honored.”