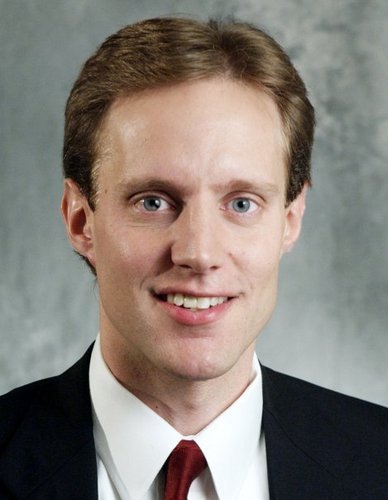 Democrats still sometimes ignore elections or secretaries of state (SOS), despite Florida 2000 and Ohio 2004. If you don’t get those references, that illustrates the problem. The problem is partisan secretaries of state can manipulate elections to aid their party. Republicans know this, and make a point of electing partisans seeking to be the next Katherine Harris or Kenneth Blackwell, which may explain why they assume if there was a Democratic SOS, then the Democrats must have won by fraud. The latest example is Kris Kobach in Kansas, overruling his own top assistants to deny former Democratic US Senate candidate Chad Taylor’s request to be removed from the ballot, despite being attached to the campaign of the Republican incumbent, Pat Roberts. Yes, or those not following the story, Roberts is the beneficiary of this overruling.

Minnesota’s incumbent SOS, Mark Ritchie, opted not to run for a third term, making this the only statewide open seat, and thereby the best opportunity for a MNGOP pickup. Though I must admit, my prediction in my list of new year predictions that the MNGOP would focus on this race hasn’t proven correct. Still, for what my opinion is worth, SOS remains their best chance to end the shutout from statewide offices that started in 2010, due entirely to the lack of an incumbent. In a non-wave election like this one, incumbents for state constitutional offices tend to get reelected. Fortunately, the likelihood of a winning DFL top of the ticket is likely to aid DFLers down the ballot.

Which isn’t to say the DFL picked a weak candidate who has to be carried; quite the contrary. Looking at the DFL’s State Rep. Steve Simon and the GOP’s former State Rep. Dan Severson, it’s hard to believe this is close. And maybe it isn’t. I haven’t seen any polling. Simon wrote much of our current election law, to illustrate his expertise relevant to the job he’s seeking, while Severson has, well, strong opinions. Actually, he has one opinion, that voter fraud is real and so he wants to institute photo ID requirements. Simon has a strong opinion on photo ID too, explains well why it’s a lousy idea:

Simon was a leading spokesman for the opposition to the photo ID constitutional amendment defeated in 2012, though his moment of national attention actually came on an unrelated issue. Does this look familiar?

If you’ve heard of Dan Severson, it may be because he was the MNGOP’s SOS candidate in 2010, when the red wave carried him, like the other statewide Republicans, to a narrow loss. Maybe that’s what encouraged him to try again. Nah, probably the zealotry about voter fraud. Either way, what he’s best known for is trying to get himself listed on the ballot as “Doc” Severson. You know, like Johnny Carson’s band leader “Doc” Severinson? Severinson, Severson, vote for the familiar name please? Can’t believe Severson thought it was a good idea. Sadly, Steve Simon also thinks it’s a good idea, thus why he’s appearing on the ballot as “Paul Schaffer”.*

Unfortunately, Simon does, despite the above moment of national fame, have a name recognition problem, best illustrated by the primary result. It was a clear win, by the standards of competitive primaries, but it wasn’t competitive. His two opponents were perennial candidates whose campaigns started and ended with filing, yet he still won just 43-28-28, with some rounding. Thanks to the state auditor race grabbing all the attention, a bunch of people got to the SOS race and picked at random, having no idea who any of the candidates were. To indulge a brief tangent, picking a candidate at random, WTF people? Who does that? Several, judging from the people who admitted it. So say no to random voting, and tell other voters the election is between the DFLer who wrote much of our election law and beat the photo ID amendment, and the Republican whose strategy is to pretend to be Doc Severinson.

If you’re willing to look at another state, perhaps the biggest SOS contest is the aforementioned SOS in Kansas. Voter restriction champion and immigrant-basher Kris Kobach is up for reelection. He’s what passes for an ideas guy among Republicans, and his influence on those two issues among Republicans is national. However, he’s actually in the same sort of trouble at the Republican incumbents for governor and senator who have received all the national media attention. His challenger is Jean Schodorf, who wants to undo the voter restrictions Kobach put in place. Give her some cash to take advantage of the opportunity she has to remove one of the GOP’s most noxious elected officials. The one poll of the race says they’re tied, so this is winnable. Besides, think about the political earthquake of the top Republicans losing in Kansas, yes, Kansas; and think about how it will feel to have helped a bit to make it happen.