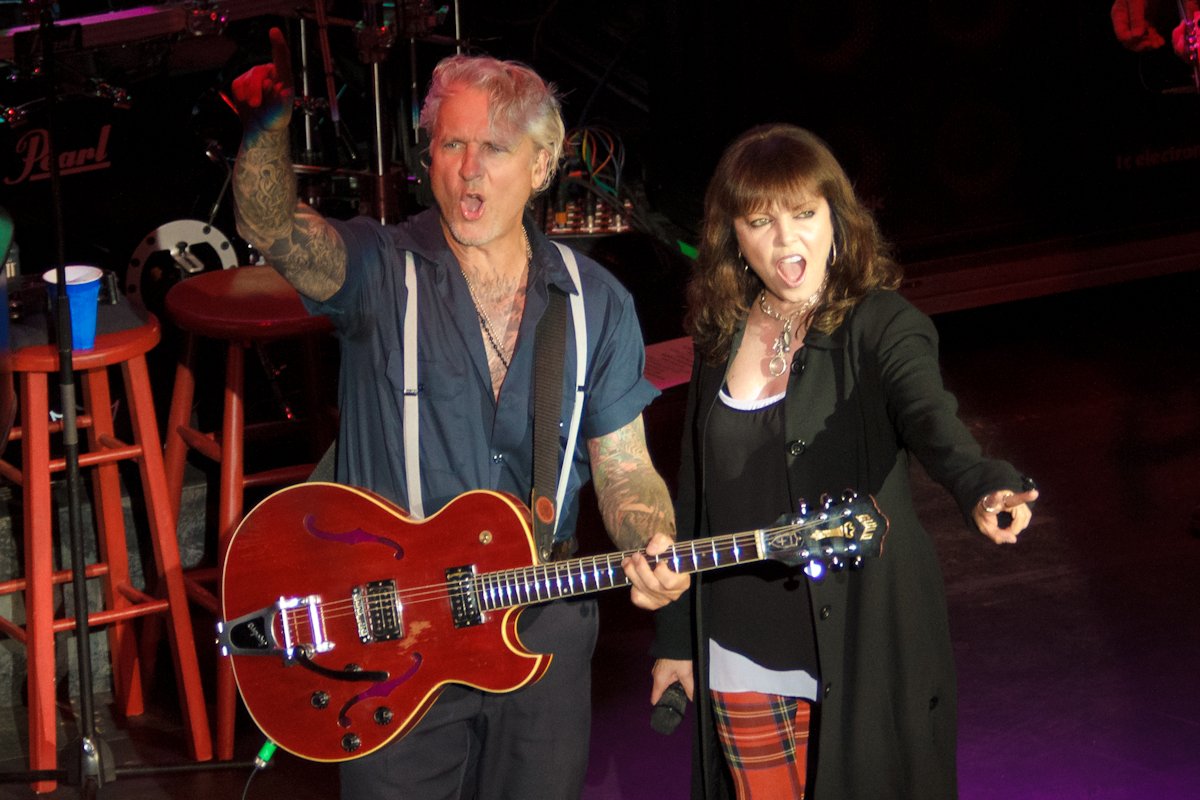 One could not have asked for a more perfect evening for an outdoor concert than the one people enjoyed on August 13 at the Weesner Family Amphitheater as Pat Benatar and Neil Giraldo brought their amazing classic rock sound to the Minnesota Zoo.

Giraldo and Benatar, playing in Minnesota as part of their 35th anniversary tour, sounded incredible last night, entertaining a very energetic and engaged audience for roughly an hour and a half of almost straight blistering rock. Giraldo and Benatar fired off incredible renditions of hits such as “We Belong,” “Love is a Battlefield” and “Hit Me With Your Best Shot” that served as proof that the pair are still very much on top of their game after all this time,

Neil Giraldo’s musical talents were on full display as he maneuvered (almost) seamlessly between unbelievable rock guitar riffs and solid and beautiful piano work, Pat Benatar’s voice is still as powerful as ever, and the pair show a chemistry on stage that can only come from the sort of connection the pair has shared for more than three decades. Benatar told a few stories here and there, bantering playfully with Giraldo over their marriage, while professing an affection for Minnesota as the place that their first daughter took her first steps. These playful moments served the show well, giving both the band and the audience a bit of a breather between what was often relentlessly ripping rock.

There were a few hiccups here and there, most notably a section of “We Belong” where Giraldo’s guitar wasn’t working (the song still worked without it, but it was definitely better when that little glitch was fixed), and more of a hiccup with the band, the poor drummer had to get sprayed down with bug spray as he was being harassed by bugs all night. But, that’s a Minnesota summer for you.

Also, while the crowd was lively and engaged for Neil Giraldo and Pat Benatar, they were a bit rough on Tim Mahoney, the opening act. The crowd chatted incessantly throughout Mahoney’s 40-minute set, pausing to clap appreciatively between tracks but otherwise conversing so loudly that the sounds of the audience came very near to drowning out the sound of the stage. This was incredibly unfortunate, as Mahoney showed a great deal of talent in his one-man performance, but try as he may he just could not break through to a crowd that was growing more and more antsy by the minute for Pat Benatar. Perhaps to play devil’s advocate for the crowd, it may not have been the best call to have a solo musician who plays lighter music open for the hard rocking Benatar, but even so, it came off as disrespectful to blow off the opening performer in the manner that the crowd did.

As to the venue, the Minnesota Zoo’s Weesner Family Amphitheater was a fantastic place to see a show. Settled in amongst the trees and near the water, the venue was absolutely beautiful and the sound was great. While the Zoo’s Music in the Zoo concert series is almost over, it may be worth tracking down a mailing list just to keep up to speed on what acts are coming in for next year. Just a tip, though: bring a blanket or a pad to sit on. Those seats are not comfy. Though if you’re seeing an act like Benatar, you’re probably not going to be sitting for long. If you haven’t seen a show at the Weesner Family Amphitheater, make a point to get there. While there are only a small number of dates left in their schedule for this summer, seeing as how Music in the Zoo has been running for 22 years now, you can probably safely bet that it will be back next year. Do yourself a favor and keep your eyes peeled. They seem to book a wonderful variety of acts and there will almost surely be something that catches your eye.

Overall, Pat Benatar and Neil Giraldo was a 10/10 show in a 10/10 venue on a 10/10 night, a perfect convergence of a great crowd and a beautiful outdoor location that brought the whole evening to life. If this tour is coming to a location near you, get seats. Do it. Do it now. You absolutely will not regret seeing this pair bring their music to life in front of your eyes.