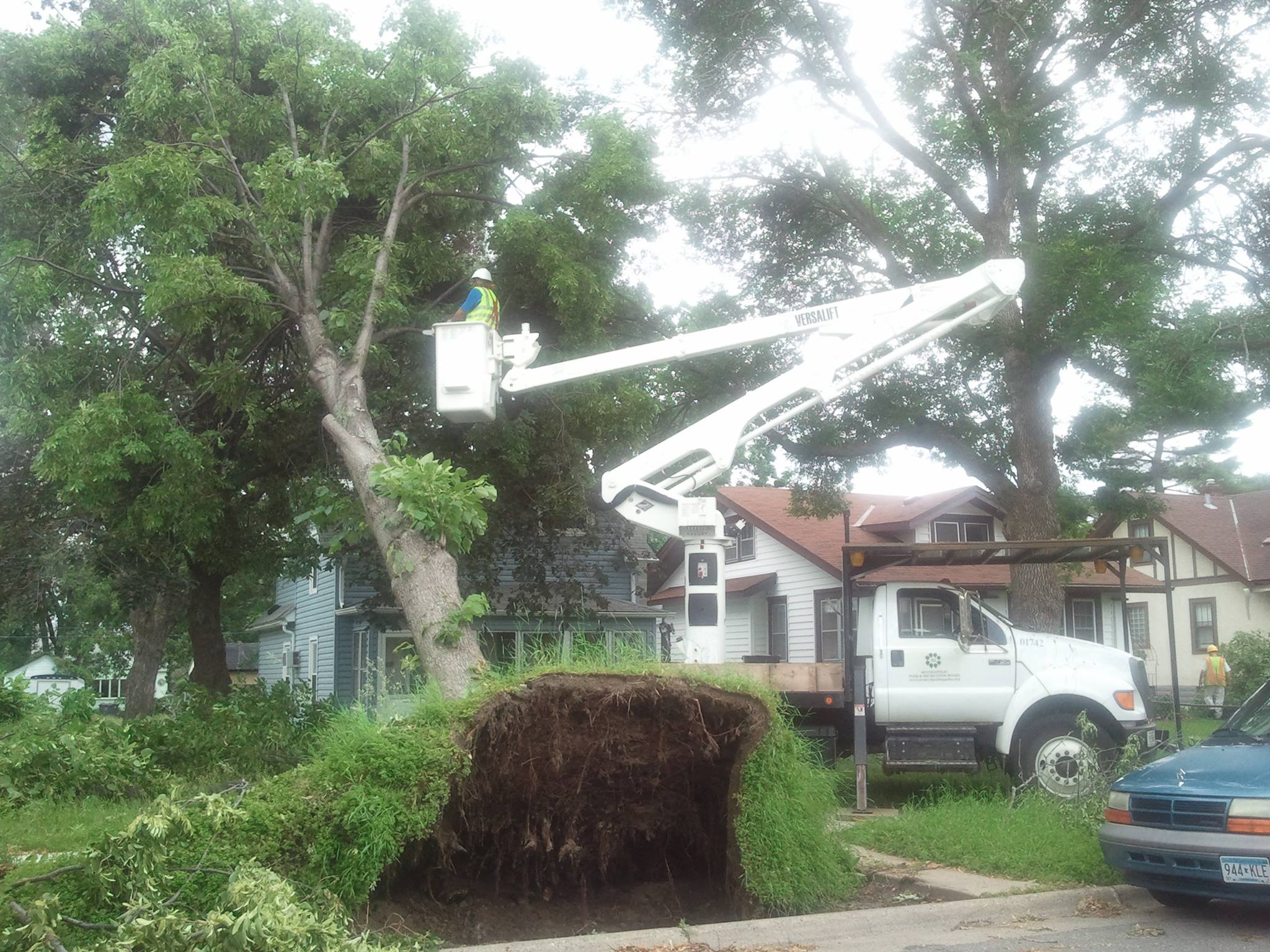 The Minneapolis Park and Recreation Board (MPRB) manages trees located between streets and sidewalks, known as boulevard trees, and within all public parks. The June 21st storm felled some 3,000 of those public trees, according to MPRB president John Erwin. This figure exceeds the losses sustained two years ago as a result of the tornado that struck north Minneapolis. Erwin says the tornado cleanup experience prepared the park board to manage the current magnitude of storm damage, and to work effectively with the Federal Emergency Management Agency (FEMA), which provides needed assistance.

However, several Corcoran residents have expressed frustration at delays in the removal of felled trees from their properties and public right-of-ways. These delays are partly due to the Park Board compliance with FEMA rules. Many large stumps of boulevard trees remain amid upturned sidewalk pavers due to FEMA documentation requirements.

Additionally, the Park Board took action to prevent the spread of Emerald Ash Borer (EBA), a nonnative invasive insect destroys ash trees. MPRB crews were required to completely remove tree debris from the neighborhood to perform chipping off-site. Also adding to the time and complication of cleanup activities was the substantial rainfall during June, which left park grounds soft and susceptible to damage by heavy equipment.

The MPRB’s Forestry Department has been planting 5,000 new trees per year for the past 4 years, according to Forestry Director Ralph Sievert. The 2014 planting season will be particularly challenging, says Sievert, “Because we will need to replace elms lost to Dutch Elm Disease, trees lost to the storm, trees removed due to over-maturity as well as ash trees that are removed in response to Emerald Ash Borer.” Sievert says the Corcoran neighborhood has over 250 boulevard ash trees on primarily 3 streets: Longfellow Avenue, E 34th Street and 27th Avenue S, and “it is just a matter of time until EAB kills all ash trees.”

Once storm cleanup activities are complete, Sievert says the MPRB will make plans to work with CNO and neighborhood residents to develop a plan to fill existing and future vacancies on boulevards.