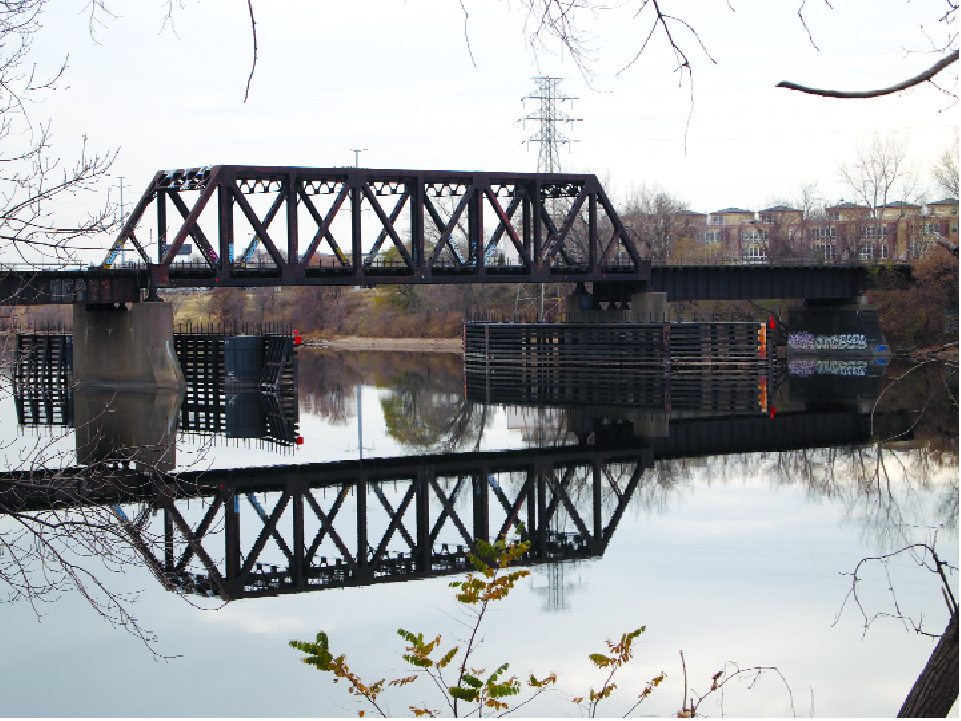 This railroad bridge and the Riverview Townhomes comprise one of the views from what is now the parking lot at 1720 Marshall St. NE. Directly across the Mississippi and to the north, heading for the Lowry Avenue Bridge, the views are more industrial. The Minneapolis Park and Recreation Board plans in the short term to store equipment in the former factory building, and later, to turn the parcel into a park. The purchase, $1.37 million, came from $800,000 in grants and the balance from parks’ capital funds. (Photos by Margo Ashmore)

Psycho Suzi’s might someday have to find another spot for its overflow parking.

The Minneapolis Park and Recreation Board (MPRB) bought the former factory property at 1720 Marshall St. NE Oct. 30. For the present, MPRB plans to use the building for equipment storage. Eventually, though, a park is planned for the 1.74 acre site that includes 350 feet of Mississippi river front.

Earlier, on May 2, MPRB approved a resolution to buy the property for $1.37 million.

The Metropolitan Council helped out with a grant of more than $600,000, and the Mississippi Watershed Management Organization (MWMO) provided more than $200,000. The rest came from MPRB capital funds, according to an MPRB news release.

Northeast’s MPRB Commissioner Liz Wielinski, quoted in the release, said, “This acquisition will help us serve Northeast Minneapolis and the region, and is an opportunity to help ensure that future generations have the opportunity to enjoy the river.”

Wielinski said support from the Metropolitan Council and MWMO has been “invaluable for critical river front purchases.” 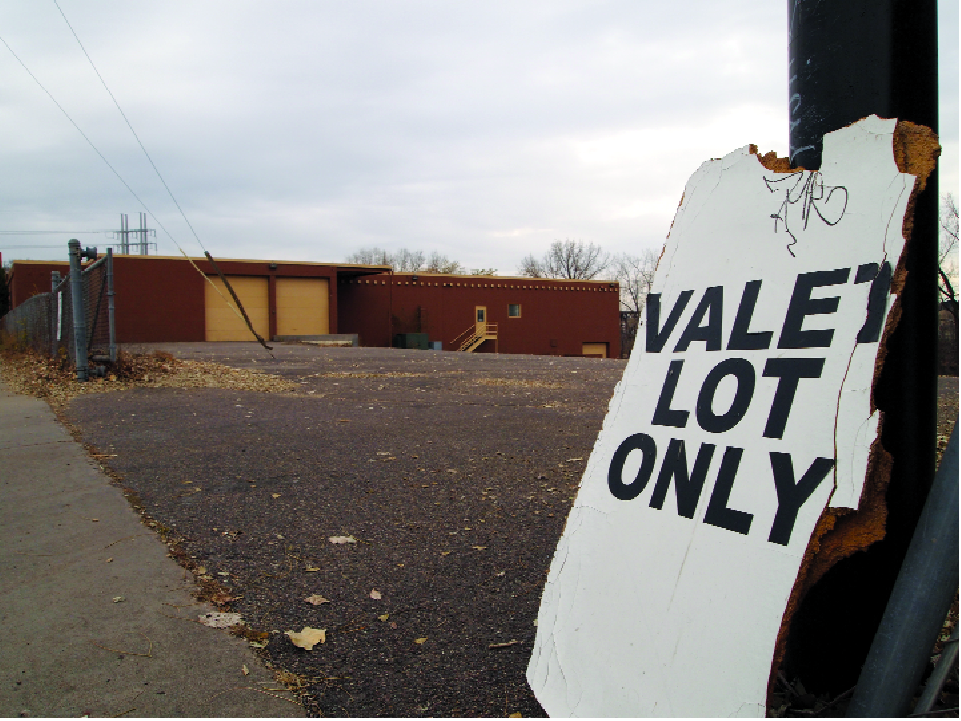 Park and city officials are hoping to eventually have park land on both sides of the river from downtown to the northern city limits. Some industrial businesses use the river for barge transportation, and their officials and advocates take issue with that long-term plan. Conflicts sometimes arise when those businesses are involved in regulatory proceedings, such as the recent air quality permit amendment at Northern Metals.

In early 2011, Jim Rosenberg and Taylor Shaver were hoping to turn the site into a marina and a mixed-use commercial building with offices, retail shops, event space and a restaurant. (Northeaster, Feb. 9, 2011).