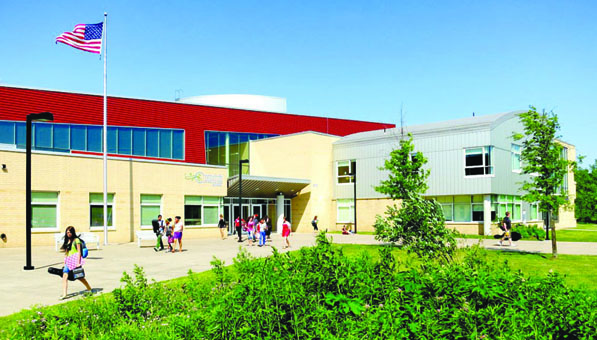 Crosswinds School of Arts and Sciences in Woodbury

Last week, part one of this story described how Crosswinds, a special Integration District school created by the settlement of a 1990s NAACP lawsuit to end segregation in Minnesota, was nearly taken over by another school district seeking to enhance its revenue and facilities. Following a legislative stalemate in the 2013-14 session, the takeover attempt failed and the school survived to continue its mission. This week’s conclusion describes the outcome of this struggle to date.

According to State Representative Carlos Mariani, who fought for Crosswind’s continued independence, a meeting at the school after the end of the session led to those seeking to absorb the school into another district finally agreeing, “‘Okay. We’ll let someone else run the school.’ That’s when the Perpich Center for the Arts stepped up and said, ‘We’ll run the school and we’ll promote integration with it.’”

The marriage of the two schools would seem to make it a perfect match, as Crosswinds is a school that emphasizes the arts, and the Perpich school, by its own nature, has extensive experience in those areas as well. One of Crosswinds’ features is that it boasts probably the most racially and culturally diverse student orchestra in Minnesota.

Talks with the Perpich school had begun the previous year. Perpich is State-funded but does fundraising, has its own foundation, reports to the governor, has its own board, and does training for teachers across the state.

Harambee, the other school created in the East Metro Integration District to mitigate racial isolation, had an offer from the Roseville school district to take over the school. The only proposal for Crosswinds was from Washington County, one that the school’s family organization found unacceptable, as the school would then be diverted from its original integration mission. The only acceptable proposal was from Perpich.

While Representatives Mariani, Ryan Winkler, JoAnn Ward and Peter Fischer, all DFL, were very interested in keeping the schools open, members in the Senate were not so receptive, blocking the measure, and supporters of the schools were not able to so much as have a hearing in the Senate.

“In the meantime,” Rep. Mariani said, “I authored a bill to do a total revamp of our Integration Program, because when the Republicans were in control, they sunsetted the entire program. They just don’t want to do any racial integration work whatsoever.

“And I said, ‘No, that’s wrong; it’s hurtful for us to allow racial segregation to happen in the state of Minnesota, and we think it will happen unless you have a powerful rule and a powerful revenue program to support schools’ efforts to racially integrate.’

“However, the way I reformed it, is I also added academic achievement goals for it. And that came from communities of color, especially African American communities who said, ‘We obviously get racial integration, but we’ve been living under racial integration plans for decades, and our kids are not doing well in the schools. Period.’

Parents of Crosswinds students and people involved with running the school are happy to see the successful culmination of their years-long efforts to keep the school open. Following are some assessments from parents and faculty regarding the importance and value of the school’s special approach to educating a diverse student body.

“I think that Minnesota would probably rise to the top, as opposed to being at the bottom of the education gap [if all schools were like Crosswinds]. If teachers are comfortable with allowing the different perspectives to come into the room, where the learning is really happening with the student, then all perspectives are being opened. You have the opportunity to have a true dialog between the different cultures and the different social/economic status in order to become more open minded when it comes to decisions that have to be made for society.

“So to have a safe environment to start learning those different aspects, they are actually preparing themselves to be global citizens, and to be able to market themselves in corporate America, because they have learned communication skills. They have learned how to critically think and to synthesize and analyze; those things the districts are really pushing their students to do. But here it’s just done naturally, because they are in that environment where they have to be inquisitive and have to inquire about their environment, and to be able to say, ‘I didn’t know that.’

“And it’s okay. Because now that you do know, what are you going to do?” 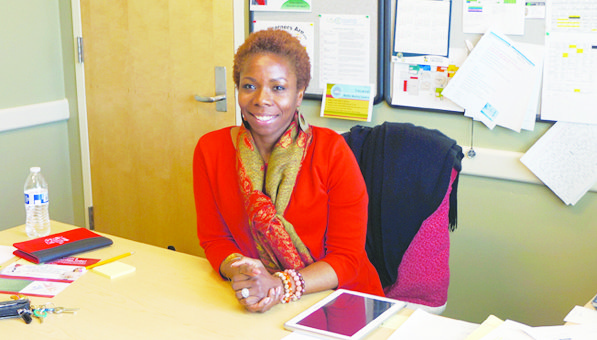 “What’s beautiful about Crosswinds is that it’s a school you walk into, and even though there are kids from all over the East Metro there of every color and culture, you walk into the lunchroom and they’re all sitting together at tables. It’s a space where the kids respect one another and learn about one another’s culture.

“Every family with kids at the school made a choice to be there. It’s not forced busing; it’s not a neighborhood school. I think the thing that makes it work as an integration school — which is very different from the dynamics that happen in open enrollment, which tends to segregate kids — is that transportation is provided.

“This is important: that there was some effort to maintain that kind of transportation, because when kids can get on a free school bus and the parents don’t have to pay to get them out to the school, it makes it possible for a lot of families [to be able to send their children to that school they chose]. In open enrollment, you can enroll in any school you want, but you have to get your kids there every single day yourself.

“This is a world society now, and you want a work force that can be productive and work with people who aren’t just like them, from different cultures and can respect one another. We need what’s happening there.”

“My daughter chose Crosswinds. She chose to go into a year-round curriculum. She thrived.

“She loved it there at Crosswinds; it felt like family, and that’s a lot of what she wrote in some of her writing… I think those teachers in the high school were one of the best-kept secrets, just making people think outside of the box. That’s one of the things she noticed at her other school, was a lot of people she had to help with assignments.

“She took charge and she’s learned some good leadership skills from going to Crosswinds. Some of those people weren’t on the same page as her; they were below academically, and to her that was just kind of frustrating. She wanted to be back at Crosswinds where people were kind of on the same level, and if they weren’t, the teachers worked with them.”

“I have two sons that went to Crosswinds and one that went to Perpich. My oldest son had some social issues. He was the kid that everybody picked on; he was not athletic; he was artistic and didn’t have any friends. He was the type of kid that his elementary school teachers said they didn’t feel safe around. Kids were reporting that he was beating kids up.

“We were worried whether or not our son was even going to finish school.

“The end of his first year, we went to a meeting at Crosswinds and they said they weren’t seeing any of the behaviors alleged at his previous school. They wanted to take him off his individual education plan [IEP, for special ed students].

“He thrived. He’s very artistic, and with the arts focus and the integrated curriculum, he was able to use his art talents within the curriculum with what he was learning and after a couple of years he was getting mostly A’s. Then, when he finished, he applied for Perpich, and he went there two years and graduated with honors.

“Now he’s a freshman at Maryland Institute and College of Arts and he’s doing well. He got a partial scholarship there, and has made the Dean’s list.”