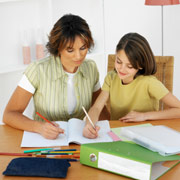 There’s a restaurant in Mantorville called the Hubbell House with quite the guest book. Presidents have signed it, along with local notables and a fair passel of celebrities. The two that stand out best in my memory belong to Roy Rogers and his horse, Trigger. Sure, Mr. Ed’s talking is impressive, but can he sign a guest book?

Unfortunately, there’s a less good-humored trigger making its way through the Minnesota education discussion. The fight over seniority will keep drawing attention (including mine), but it’s by no means the only education debate worth having this cycle. “Parent triggers” definitely deserve serious discussion in the sunlight.

One of three items on StudentsFirst’s Minnesota agenda, the push for parent triggers has “suddenly” cropped up in a dozen states after appearing for the first time two years ago in California. Does that timing – a dozen states looking at the same new idea – seem incredibly coincidental? Well, sometimes there’s coincidence, and sometimes they really are out to get you.

So what is a parent trigger? It’s a mechanism for undermining public schools cloaked in the rhetoric of parent empowerment. Basically, it gives parents at public schools the power to close, change, or charterize their school given a majority vote. Like a lot of reform proposals, it sounds good at first, but scrape the surface and real questions crop up.

For example, if this is so good for parents, why does Florida’s PTA oppose it? They’re worried that it will throw communities into turmoil and expose parents to for-profit operators looking to manipulate them and exploit the opportunity to take over a school.

This leads to further questions. Who, exactly, will take over these schools that parents vote to dissolve? I have plenty of issues with our current batch of charter schools, but the vast majority of them are led by people with a clear vision for their students and a desire to do what’s best (even if the results don’t always play out as hoped). This is not the same mentality as the people who would step in to charterize a triggered public school.

In any case, the next wave of attempts to deconstruct traditional public education has clearly begun. While there are some problems with some of our public schools, we shouldn’t just throw open the gates to anything and everything that’s different. Not all triggers are as appealing as Roy’s buddy.