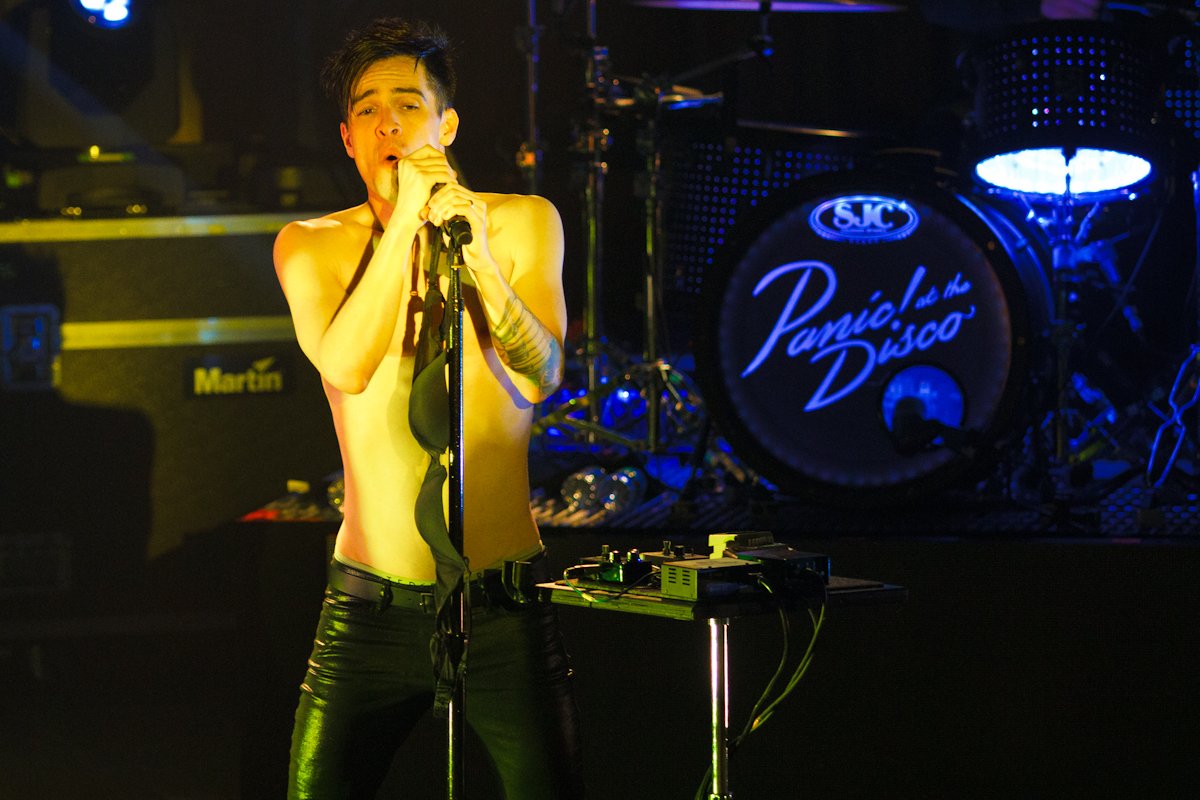 Pop / Rock band “Panic! at the Disco” (PATD) has been away from the music scene since 2010 while they were focusing on creating their latest masterpiece Too Weird to Live, Too Rare to Die! Naturally, this has left their loyal following in a “panic” with great anticipation for their January 21st return to Minneapolis – a completely sold-out show at the Skyway Theatre, presented by KDWB.

It didn’t seem to matter that temperatures outside were below zero as some lucky ticketholders were lined up outside for hours to ensure they’d get a front spot. The crowd thawed out as the supporting acts X Ambassadors and The Colourist cranked out solid sets and were a good fit for this show. Those in attendance were mostly on the young side, but were full of enthusiasm, which helped elevate the energy of the overall performance. The Skyway Theater proved to be the right “disco” for this event, being the perfect size with good sightlines and a dynamic audio mix start to finish.

PATD showed they were excited to play fresh material opening up with “Vegas Lights” off the new release. Although no longer playing on the theatrical theme, Brendon Urie expressed his sense of style with a sparkly gold jacket and coordinating animal print shoes. With drummer Spencer Smith on break from touring, Urie is the sole original member, although bassist Dallon Weekes is now a permanent band member. Urie is a charismatic and active frontman, who demonstrated that his musical skill reaches far beyond singing as he spent time behind the keyboard, rocked the 6 string and even hammered out a fierce solo behind the drum kit.

The setlist was pretty much in line with the previous shows on the tour and covered the full range of the PATD catalog. Fans could often be heard singing along with every word on favorites like “The Ballad of Mona Lisa.” The crowd also seemed very familiar with the new songs as “This is Gospel” and “Casual Affair” were very well received. One of the best tracks of the show was “Miss Jackson,” the teaser single released last year to build hype for the new album and in the live show is the cue for Urie to ignite the audience with a dramatic backflip. The encore also started out with new music “Girls/Girls/Boys,” followed by an uncharacteristic Journey – AC/DC medley. Although the excitement level never really diminished, the show concluded at a high with the band’s original breakthrough single “I Write Sins Not Tragedies.” What a great show to start out 2014 and here’s hoping PATD doesn’t take as long to find their way back to the Twin Cities.