The Pains of Being Pure at Heart. Photos by Jay Gabler.

If there is anything particularly notable to say about The Pains of Being Pure at Heart show at the Triple Rock on Monday night, it’s that openers and relative newcomers Twin Shadow were clearly the main attraction, undoubtedly responsible for the packed house I was greeted with upon entry—a fairly unsurprising, yet nonetheless unusual detail.

Twin Shadow is the solo project of Brooklyn’s George Lewis Jr., who is joined on tour by a three-piece band. Watching an artist commonly described as belonging to the “chillwave” camp set up on a stage littered with traditional instruments (guitar, drums, keyboard) with a group of backing musicians in tow no longer gives me the shock it did when I used to expect one brooding dude hovered over his MacBook, so I immediately shrugged off my expectations and waited to hear what Lewis et al had in store for us.

What we got was the same airy, evocative vocal harmonies heard on Twin Shadow’s recordings and clearly responsible for the chill-branding. What we also got was an instrument-heavy barrage of live drums and loud guitars in place of debut album Forget‘s more relaxed, vocal-centric sound. Twin Shadow’s signature 80s-influenced, New-New-Wave vibe was still there, but the calming, melancholic flavor of the record (as well as Lewis’s voice) was lost in the din. 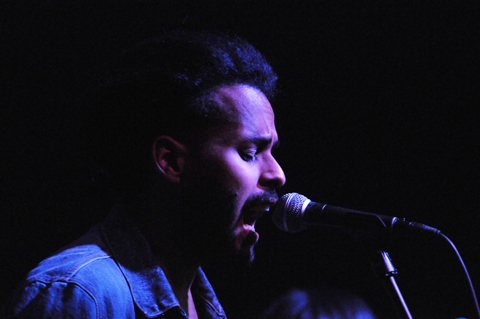 Lamenting the good ol’ days of MacBook-and-drum machine performances and taking notes into my iPhone (naturally), I remarked to myself, “What is up with these chillwave assholes and their throwback-sounding rock sets?”, remembering Toro Y Moi, whose hippie jam band gave me a major existential crisis earlier this month. “Is this post-chillwave? Is this a thing now?” I don’t know the answers to these questions, but I do know that if you can overlook the genre departure, you’d probably appreciate the live, band-backed version of Twin Shadow, which delivered great performances of songs like “Castle In The Snow,” “I Can’t Wait,” and “Slow.” 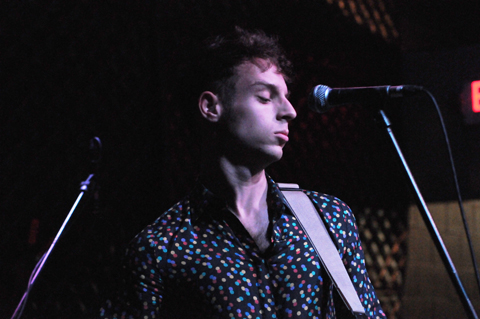 When Lewis announced the latter tune, someone in the crowd immediately let out a guttural “Yesssssss!” and then hysterically inquired, “Why aren’t you headlining?!” We got no response from the band, but rhetorical or otherwise, I think this question was probably on a lot of attendees’ minds.

Once Twin Shadow finished their set, the place cleared out a bit (not considerably, but notably), and the crowd that watched The Pains of Being Pure at Heart would turn out to be tame and languid compared to the energized version that watched Twin Shadow. Perhaps this can be partially explained by the relative decrease in intensity and danceability between the two acts, but either way, consensus seems to be that the crowd—and probably the show’s sold-out status—belonged to Twin Shadow (though I did observe the bouncer sell the very last ticket between sets; at least somebody was there for the headliner). 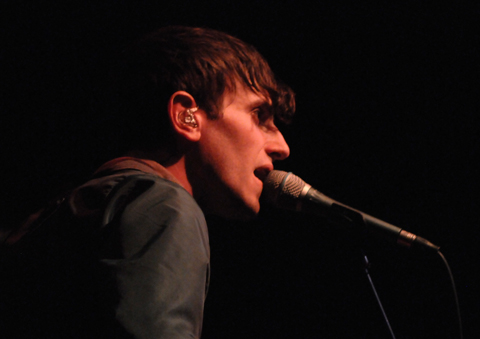 For their part, The Pains of Being Pure at Heart put on a consistent and smooth show; you could tell this wasn’t their first national tour (they went on the road in support of their first album in 2009, though they bypassed the Twin Cities). Frontman Kip Berman was joined on stage by four other musicians (Peggy Wang, Alex Naidus, Kurt Feldman, and Christoph Hochheim on keyboard, bass, drums, and guitar, respectively) and the depth of the roster lent fullness and texture to the overall sound. The mix was much better than it was for Twin Shadow, and Berman’s delicate yet solid vocals sailed over the accompaniment as he writhed along behind his guitar as though being nearly overcome by the emotion behind the lyrics.

That said, The Pains of Being Pure at Heart failed to get a rise out of me or, apparently, out of most of the crowd. Though a survey of the room would note the occasional and expected subtle-head-bobbing (to be fair, the stage was lined with ferocious dancers and underagers grinding into their respective partners, but what live show doesn’t have that?), the level of energy and enthusiasm was notably diminished from the previous set. 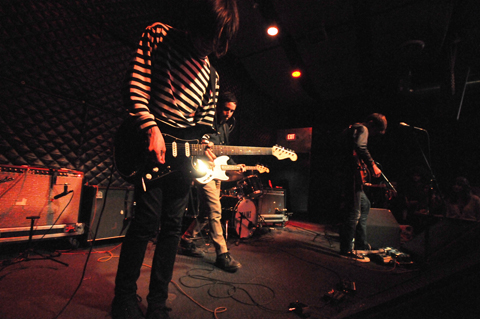 I found myself thinking that this is the kind of show that hipster kids could comfortably take their mom to if they wanted to introduce her to their lifestyle in a safe and relatively innocuous environment (a conclusion I arrived at before I later learned one of their songs contains repeated use of the “f-word,” but you get the picture). It wasn’t bad, it just wasn’t exciting. Though I didn’t have extremely high expectations—earlier I had e-mailed a friend to ask whether she was going to the show and she replied referring to the headliners as “The Pains of Being Boring Old Farts”—despite my best efforts to become engaged, it just didn’t happen. I think the best way to describe it is that it was tame, unlike Twin Shadow’s set which, at least by comparison, was gritty, edgy, and impassioned.

Bottom line: if you’re into easy listening and the kind of concert where you can tap your foot and maintain your personal space then you probably would’ve liked it, but from all appearances that’s not what the Triple Rock crowd was looking for.