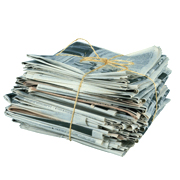 Looking at Minnesota’s countryside, you see the need for local newspapers.

Only on the rarest of controversial occasions will the Star Tribune or Pioneers Press cover a small town council or school board story. Still, people living in these towns want to know what their local leaders, police, educators, and sports teams are up to. From a business perspective, Main Street shops need a targeted way to reach local customers.

The same comparison could be made of the New York Times or USA Today to everyday state and municipal issues.

There’s another media business model we should consider: reader- or employee-owned news co-ops.

The National Newspaper Guild and Communications Workers of America have explored cooperative business models for possible employee ownership or partial ownership of newspapers. Some efforts along these lines have worked in Illinois, Puerto Rico and in New England; other attempts have not as some owners find greater economic benefits in closing a publication than in selling at a depressed price.

Minnesota has a few examples of online and printed community newspapers that are sharing content and resources, although their business arrangements aren’t formal co-ops. Some West-Central Minnesota examples adhere to journalistic standards while sharing news important to their respective communities.

Journalism today faces complex problems. Resources are stretched thin, the public need for news is greater due to economic and political threats at home and across the globe, and information flowing from some new media outlets isn’t passing gatekeepers applying deep analytical skills the practice of journalism requires.

Cooperative business arrangements might not solve these problems and the model might not work in every community, but what better place to try news co-ops than Minnesota, the nation’s most cooperatively organized state.