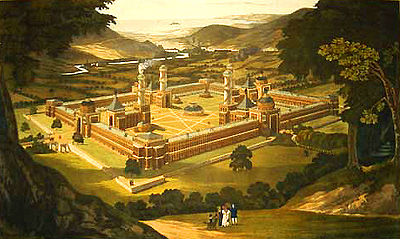 One of the emerging narratives about the coming legislative session is that Minnesota’s DFLers better not do too much with their mandate.

The Star Tribune editorial board jumped right in on November 7 with New DFL majorities shouldn’t overreach:

…DFLers would do well to learn from the GOP’s missteps. Like the Republicans two years ago, they too will experience pressure from their supporters to advance an agenda that only one party backs. Higher-income taxes on the rich would be on such an agenda. So would a move toward a single-payer approach to health care….

And yesterday, the Associated Press’s Patrick Condon wrote in Minnesota DFL leaders must guard against overreach:

After a full two decades of divided state government in St. Paul, the three Democrats setting the agenda at Minnesota’s Capitol starting in January must prove the party can take advantage of what may be a once-in-a-generation opportunity….

When the 2013 Legislature convenes in January, Minnesota Republicans will be totally locked out of power the first time since 1990. At the forefront of the debate among Democrats will be the need to eliminate another projected state budget deficit, likely through a mix of spending cuts and new sources of revenue. Dayton is expected to push for an income tax increase on the state’s wealthiest citizens, the goal that defined his 2010 candidacy and his first year in office.

Democrats will be under pressure to spend more on public schools and provide property tax relief after making it a goal for the last decade. Liberal Democrats in the new Legislature could push left-leaning causes, from unionizing home child care workers to legalizing gay marriage….

Senate Majority Leader Tom Bakk promises he won’t reach for too much:

“Voters rolled the dice on one-party control because they were tired of the gridlock and the fighting and nothing getting done,” said Bakk, whose sprawling Senate district covers a large portion of northeastern Minnesota. “There are a lot of people who think we will overreach. Those people don’t know me.”

Republicans interviewed for the article seemed to favor differnt odds, but nobody quite reached around for the benchmark put forth by Morris Sun reader Steve Fults of Donnelly, Minnesota. In his letter to the editor, Congratulations Democrats, Fults writes:

You got rid of most of the conservative Republicans in the state. Now you liberals will be free to raise the state budget billions of dollars. Our schools and teachers will have unlimited funding, there will be plenty of money for state programs and universities. There might even be free funding for students to go to liberal arts universities where learning the evils of capitalism and how to become a social Democrat is a top priority. The best part is it will all be funded by taxing those evil job creating corporations. I’m sure we will all get the promised tax cuts and finally have utopia.

Morris is home the University of Minnesota’s liberal arts college.

Photo: A new plan for the Morris campus, now that Democrats are here invest in some infrastructure.