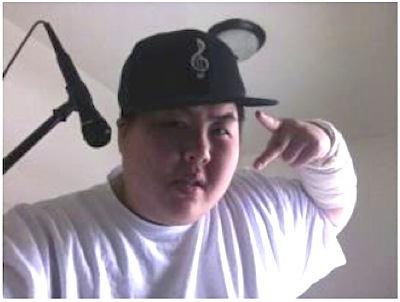 “Being Hmong, knowing how it is to live in America amongst all the other races, I wonder how I can balance my Hmong and American cultures without the American side tipping down,” said Xiong. Even today, Hmong elders and parents still tell their teens to get married at a young age. Living in America, teens feel that they are separated by three different worlds. One world is their belief in Christianity or shamanism; the second is marrying early or late; and the third, adults not understanding the new generation (teens).

FULL DISCLOSURE: The writer and Lenda Xiong met at Humboldt Senior High School. Though they have the same last name, they are not related.

Lenda Xiong was the middle child in her family, and she was born in Saint Paul. She remembers receiving clothing from her older brothers to wear because her parents could never afford to buy her any clothing. When she was in elementary school, she was the tallest and heaviest child in class. Many students would call her a bully because of her size. When she reached middle school, she was hanging out with boys only, no girls, but would talk about girls. She realized that she was attracted to girls and not boys. She asked herself every day if she was a lesbian and how would her parents think if they found out.

When Xiong went to high school, she dressed up as a boy and would get in trouble like a boy. She got in trouble for going to different bathrooms at times, so she had the courage and talked to the nurse at her school. She was able to use the single bathroom in the nurse’s office. She played sports roughly like boys do. During gym classes they would play football and she would tackle like boys do. She talked to girls in ways that boys do. Not knowing at times where she should go, she wondered which path she should take. The two different worlds and personalities she lived in confused her and made her sad.

In her senior year in high school, she learned how to play music. She plays the piano, guitar, and drums. Music help ease her pain away. When she played for the school rehearsal, she met this one beautiful woman who listened to her music and fell in love with her. Xiong thought to herself that she wanted to spend the rest of her life with this Hmong woman. The thing was that they both knew their parents would never approve of their marriage. They both struggled to tell their parents how they felt for each other and their passion. Xiong struggled and begged her father and mother for money for the marriage. In the Hmong culture, when a man wants to marry a woman they will have to bring a curtain amount of money to the parents. In Xiong’s situation, they are both women. The other woman’s family disapproved of the situation and told Xiong not to come see their daughter again.

Xiong thought the only way for her to be with the person she loved was to run away together or commit suicide. Instead she turned to her sister, to the Humboldt high school counselor, to Ramsey County Juvenile Probation, to the Contender for the Faith Church and to organizations that would help her and give her advice. She also did volunteer work like City Academy and East Side Neighborhood Development Corporation. She knew one day her dream would come true if she worked hard. Through her commitment, the feedback her parents heard about what she was really doing opened their eyes into accepting her and supporting her as well.

“I learned that when things go hard there is always a way out,” Xiong said. “Living in these two different worlds with two different personalities, I wanted to understand myself but I couldn’t. It’s like my other half of me is Americanized and the other half is still Hmong. But I learned to go to the places that I will get the support I need and I did”.