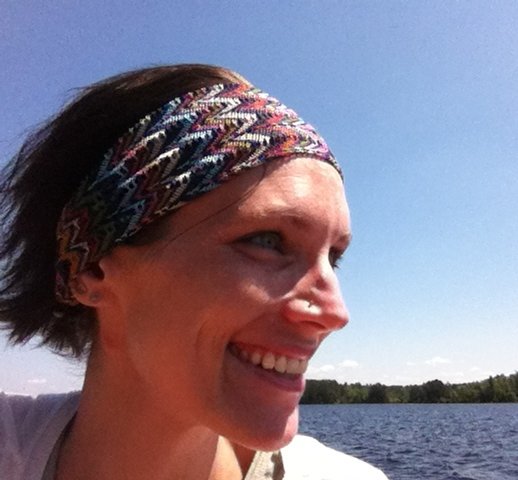 For Cara Kemnitz, the phrase “Achievement Gap” is “nothing more than politically-sanitized rhetoric to hide the real problem at hand: OPPRESSION.” That’s part of the reason she’s planning to protest the Minnesota Chamber of Commerce Education Summit on Thursday, February 6. Sarah Lahm interviewed Kemnitz via email to get her perspective on the conference, which is presented in full in the Q&A below.

Lahm (who wears many hats, including those of a writer and blogger at TC Daily Planet and a blogger at MN 2020, will be attending the summit. She has also written a blog post, The curious case of the Minnesota Chamber of Commerce’s upcoming Education Summit, asking, raising questions about the conference, including why the sponsors originally listed on the program had their names removed. For the Chamber of Commerce viewpoint on the conference, go to the MPR segment here.

Cara Kemnitz on the Chamber of Commerce Education Summit

My name is Cara Kemnitz. I’m an elementary school teacher, but I’m currently on a break from teaching to work on my Masters in Education K-6 at Hamline University. I’m also an activist and proud member of the fully volunteer-run, Save the Kids- a group grounded in the values of hip hip activism and transformative justice, committed to dismantling the school-to-prison-pipeline and ending the incarceration of all youth. I was on the 2013 Twin Cities Social Justice Education Fair planning committee.

I read about the Summit on a post on the MACC facebook page and then contacted Linda French Bell to see if they were going to do a protest. I felt it was urgent to do this action- frigid weather and all! She confirmed that they were planning one and I asked if Save the Kids could partner up for the occasion.

What do you know about the upcoming summit?

I’ve tried to do as much research as possible about the “Summit” since hearing of it,  but really, a few major indicators told me everything I needed to know.

First off and the perhaps the biggest reg flag of all: Michelle Rhee. I read that name and sirens go off. Michelle Rhee is the great taskmistress in the corporate takeover of our public schools, hell bent on blaming teachers for the failure of public education and in spreading the false notion that poverty is no excuse for failure. She’s undoubtedly coming to MN to sell the latest Neoliberal/ Conservative brand of educational reform (The Common Core) to our businesses and legislators.

The second red flag: The phrase “Achievement Gap” is used in the first paragraph of Minnesota Chamber of Commerce’s official event page.  First of all, the “achievement gap” is nothing more than politically-sanitized rhetoric to hide the real problem at hand: OPPRESSION. It’s a convenient way to blame poor kids and students of color for not maintaining the status quo of the white upper class… but that’s a bigger conversation. Politicians have been trying to close some illusive gaping hole called the “achievement gap” since Bush’s NCLB- and it hasn’t worked. But Minnesota and its politicians love this type of jargon. After all, that’s R.T. Rybak’s latest mission- to “tackle the achievement gap”.

So when I saw that Rybak is one of the Summit’s 3 panelists, well, that was red flag#3. He’s our new ‘education guy’ and I’m pretty sure he pays no attention to the fact that disparities in education are part a bigger picture of systemic racism and discrimination. So yeah, Michelle Rhee + “Achievement Gap” + R.T. Rybak= recipe for disaster in the MN public education system. That’s all I needed to know.

What are you protesting about? Which two issues are you most concerned about? Do you plan to protest outside?

1st most important issue:  A child’s right to education

As a teacher invested in public schools and social justice education, I’m protesting this whole corporate reforms monopoly. However they brand it- “high-stakes testing”, “the Common Core” — it’s an assault on all of us- especially the children. Education should inspire joy and creativity; it should foster critical minds, able to challenge bias and injustice. Different styles of thinking and learning should be praised — not demonized. Thanks to the billionaire bankers, software moguls, and the power-hungry politicians who have hijacked our education system, children are being reduced to commodities — mere automatons, funnelled through an insane pressure-cooker of a system, just to come out and be powerful assets to our global economy. Education belongs to  to the people- to parents, grandparents, the principles, administration, teachers, and children. It’s time to take it back.

2nd issue most important to me: School- to- Prison- Pipeline

An issue that is often silenced in the conversation about education reform is mass incarceration and the School-to-Prison-Pipeline. This is an issue close to my heart and as a member of Save the Kids, I’m always looking at society’s contributions to the pipeline. Corporate Ed reform is inextricably linked to the STPP. Even though it claims to ‘catch up’ and help marginalized kids (i.e. black, brown, LGBTQ, disabled, poor), marker-driven school reform does the opposite. While ignoring the impact of poverty and other social factors on academic performance and pushing these “no-excuse” testing agendas onto even the most disadvantaged youth,  school reformers have been successful in maintaining an underclass of low-performing students.

The correlation between mass incarceration and market-driven education can be traced back to the Reagan Administration’s ‘War on Drugs’ and ‘A Nation at Risk’ policies being launched in the same year. One was a crack-down on drugs and the other a crack-down America’s failing public schools. Finally, the nation is recognizing that the War on Drugs was a failure — and some are even willing to admit that it was actually intended to further control and oppress black men all along. Today, black boys are the most disproportionately affected group by the reform-driven cycle of school ‘push-out’ . The connection is real and it’s abhorrent — and that’s why I’ll be outside in below-zero weather to make some noise about these issues. I’ll be there for all children — but especially for the ones society is so willing to throw away.

What would you like Summit presenters to be most aware of?

That this is only the beginning. The real power is with the PEOPLE and we’re willing to do whatever it takes for our children.