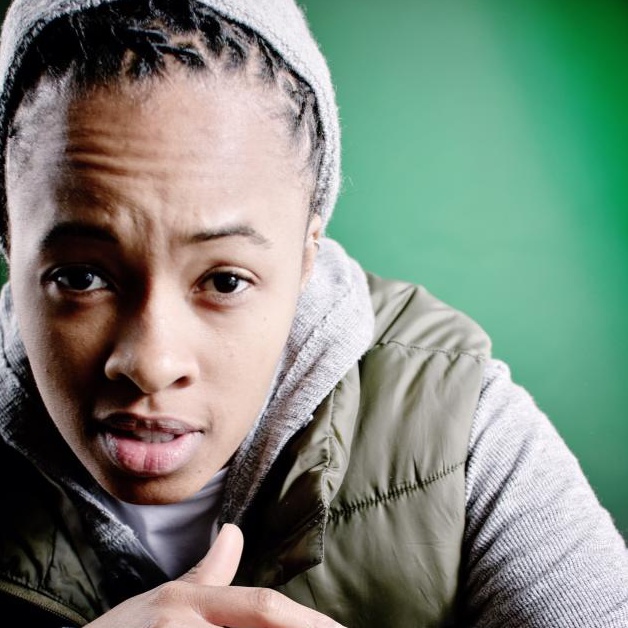 I was born and raised in St. Paul, and I still live here. I’m now 25 years old. I’m an activist, an artist, an organizer, and an educator. I work in different media, including hip-hop and spoken word; I organize and participate in different events around the Twin Cities. I’ve curated at least five different open mic series over the past seven years, and I also create my own art, which I produce and share through different media.

I look at our scene as a whole more than I divide it. Our scene is super vibrant; Minnesota is a unique place where residents invest in art production and participation. It’s a beautiful scene for that type of work. There are many diverse communities, but there’s a lot of cross-pollination. We share resources very well, and we support one another: poets check out dance shows, and dancers check out visual art shows. There’s a really rich scene here in that regard, and I think once we tap into all of the possibilities that richness can provide, Minnesota will be a force to be reckoned with on the national scene.

Hip-hop has had a tendency to separate styles regionally; thinking of our scene in those terms, stylistically, I’d say that Minnesota has a huge pot to pull from. There is plenty of flavor to pull out.

Minnesota is inspiring in that you are able to see different artists collaborating: multigenerational collaborations, collaborations among races and ethnicities, collaborations among people with different levels of experience, multi-genre collaborations, age, etc. Everything that seperates our society on the national level, brings us together in the arts, in Minnesota. A project I’m working on right now, for example, is combining classically trained jazz vocalists with southern hip-hop drumlines. I think that Minnesota has such a huge potential for things like that to happen—new sounds and new music are coming from unheard voices.

Right now I’m working as the executive and artistic director of TruArtSpeaks, a nonprofit I’ve been developing since 2006. One of the main programs is the (K.)N.E.W. MN Youth Slam Series, a series of poetry slams taking place from January to March that will ultimately identify six young people to represent Minnesota in the international Brave New Voices Youth poetry Slam Festival this summer.

I was part of Brave New Voices in 2005, and it was a life-changing experience. I met mentors, I met friends…I’ve created an international network of poets, artists, and organizers. It was one of the best experiences I’ve ever had—to go see hundreds of young people gathered for a common interest. The process of going from Minnesota to Brave New Voices also highlights how rich we are as a community of art practitioners and lovers: it allows young people on the team to form a community while being entirely supported and nurtured by community. They practice together, they perform together, they study together. They’re coached and mentored together. That bond is a solid one that can extend for a long period of time. I’m deeply invested in this project, personally and professionally, and it’s really exciting.