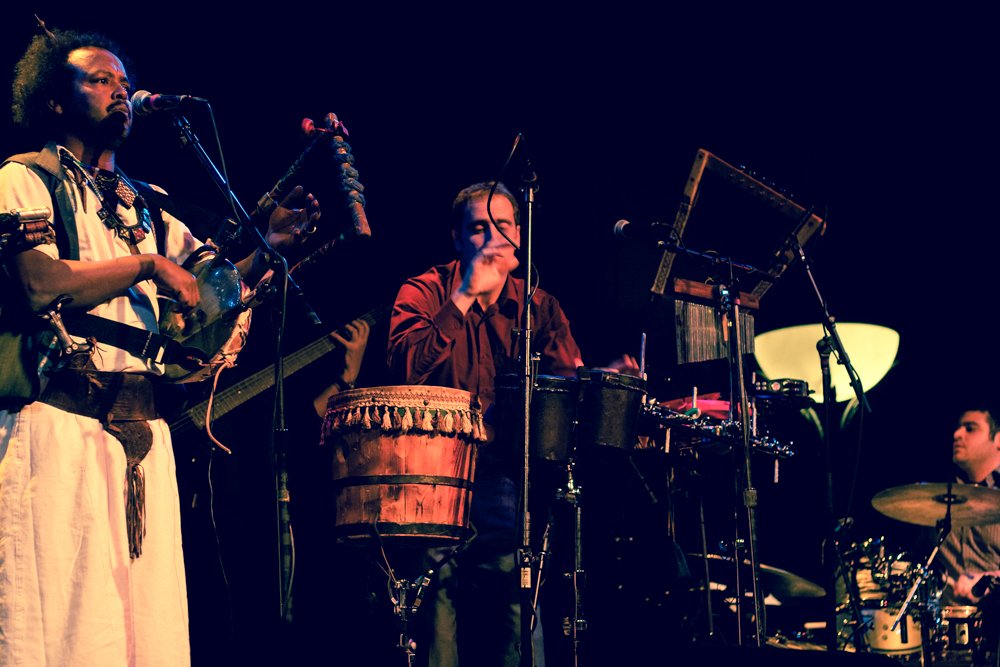 It was a glimpse into a world nearly lost. But the rituals, the traditions, the passed down legacies and teachings from ancestors were still evident in his being. Ahmed Said Abuamna, from Otaak Band, sang as though the music was shooting up from the ground through him, his voice sounding transcendent of earthliness. Watching the smooth and effortless way in which movements flowed from Abuamna’s limbs and in the way songs poured seemingly unencumbered from his soul at the January 29th performance at the Cedar Cultural Center, became a reminder of the importance of keeping a people’s culture and traditions alive.

Otaak Band is the collaboration of Abuamna who hails from Eastern Sudan, and Miguel Merino, a percussionist from Indiana. Both men were in Egypt for purposes related to music. Merino was in Cairo to research music and learn more rhythms from the region. Abuamna was living there as a musician. “I moved to Cairo in April of 2009,” says Merino, “and I was already seeing the lyre from these other Sudanese musicians. So it was a serendipitous thing when he came and he was a master of this instrument.

Abuamna is from the Beja people, who are the indigenous group from the region between the Nile and the Red Sea in Northern Sudan and Southern Egypt. He is a master of the Beja’s traditional lyre, the masankop. 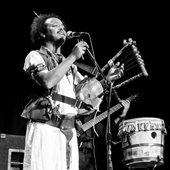 The performance at the Cedar Cultural Center featured some traditional songs from the Beja people as well as modern originals written and arranged by Abuamna and Said. The concert also featured Abuamna, adorned in traditional dress, pulling out a sword passed down to him from his grandfather and doing traditional dances that required him to squat while simultaneously swinging the sword. Merino took on the role as teacher, explaining the stories and histories behind elements of the music throughout the performance.

Abuamna not only sees his music as his art, but as his responsibility in maintaining a rich cultural heritage. The music of the Beja people and the playing of the masankop is becoming less and less common among his people, “the people go to cities, the cities are all modernized,” shares Abuamna, “[You] can say this destroyed the culture from the countryside. For that I play hard and speak about this instrument everywhere, to not extinguish it.”