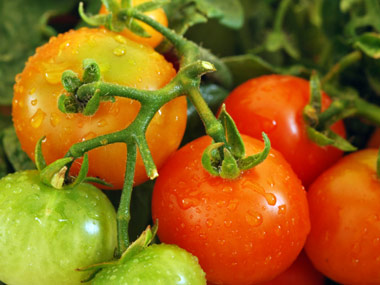 A recent Stanford University report shook up the foodie airwaves. Its exhaustive review of previous studies found that there was not enough evidence to support the claim that food labeled organic was healthier than food that was not labeled organic.

Several media outlets were quick to announce that the organic food movement was just hype, after all, since the study reported that organic food was not shown have greater nutritional benefits or measurable decreases in health risks. The Standford report also got people talking about a whole host of other issues related to organic food that has been simmering over the past decade, including the role of big business in the organic food sector, the fossil fuel emissions associated with shipping organic produce long distances, and above all, what remains unknown about the nutritional benefits or decreased health risks of eating organic food.

The kind of organic food produced in Minnesota is important because many health, environmental and social benefits depend on the type of organic food being produced. Fresh produce like apples, berries and red peppers are more likely to have pesticide residues on the parts that people consume than, say, corn, where the edible part of the plant is protected by leaves. Grains are also more likely to end up as feedstock for organic meats or in other processed foods, which may not be considered “100%” organic. So, the products that are grown in Minnesota primarily serve to decrease the environmental impacts of farm, not necessarily as alternatives to any potential health risks of non-organic foods.

Do Minnesotans who buy organic food consider this issue, or any of the multitude of issues associated with organic food, when they make quick decisions in the grocery store? People who have been buying organic foods based on environmental values probably will continue to buy the same amount of Minnesota grown products after hearing about the Stanford study. Others wavering between paying the extra dollar for organic and just buying the regular stuff  might now be less likely to make organic impluse buys.

In any case, consumers need help deciphering all of the confusing information out there about organic foods. An easy to understand label, perhaps similar to the “Minnesota Grown” label, issued by an independent reviewer, could help consumers support regional organic farmers, if that’s what they care the most about. Of course, more research on the health risks of conventionally grown food would clarify questions about organic agriculture for researchers and grocery shoppers alike.