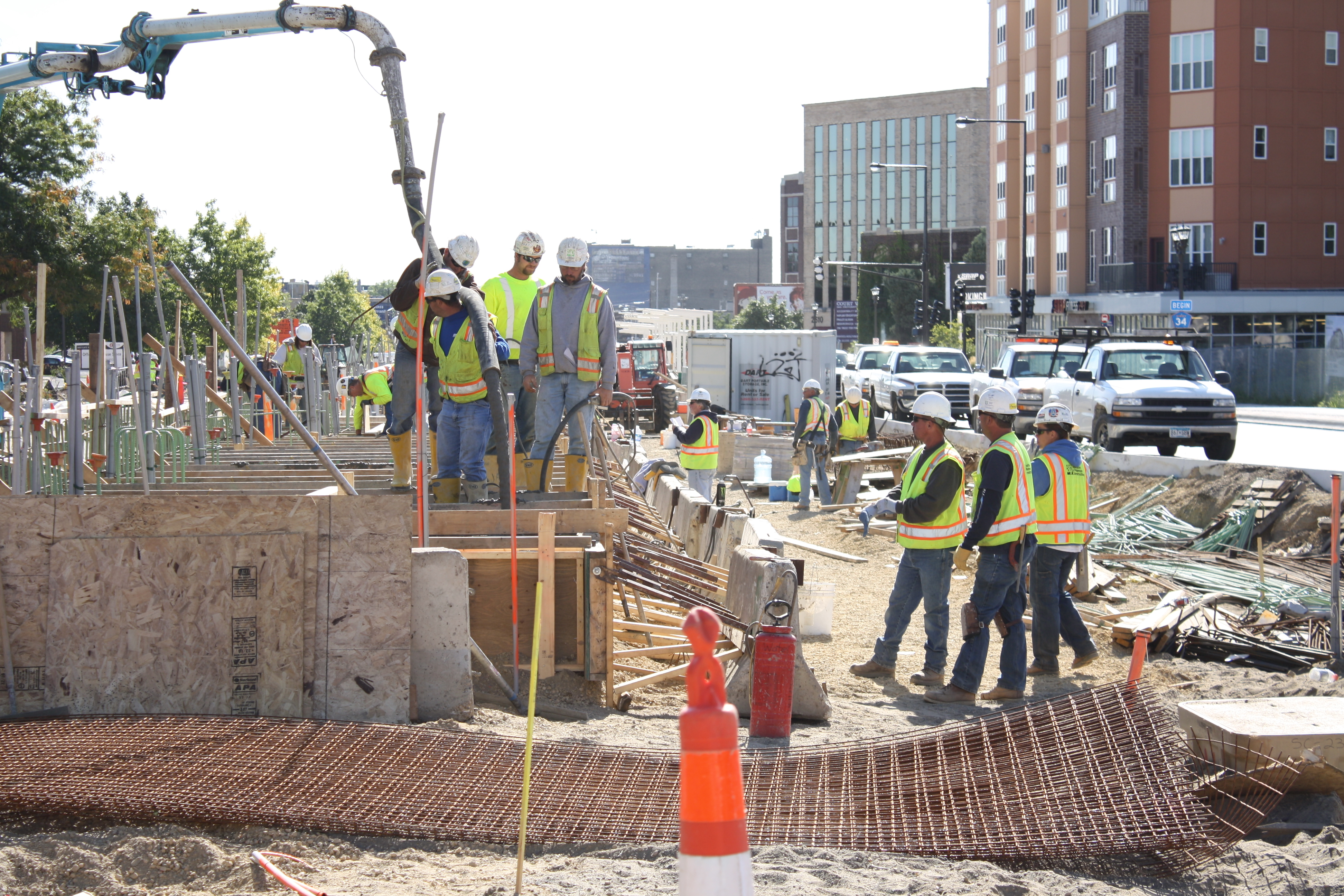 “Where are the Black people?” has been a constant refrain by Black folks who have observed the construction of the nearly $940 million Central Corridor Light Rail (CCLRT). A survey of the project on the Minneapolis end of the CCLRT, which expands from downtown through the University of Minnesota’s East Bank, by the Spokesman-Recorder two weeks ago observed 68 workers; two were Black, four appeared to be Native American and/or Hispanic, and four were women.

A spot check by another MSR observer two weeks later counted 56 workers, two of them Black and two of them women.

According to the Met Council, which is responsible for oversight of the project, nearly 1,300 jobs will be created by the project, which is about 20 percent complete. But questions have arisen about just how members of the Black community can obtain some of these jobs. The light rail is being constructed through a metro area that has some of the largest concentrations of minorities in the state of Minnesota.

The CCLRT project, through the Minnesota Department of Human Rights (MDHR), has targeted goals for including minorities/people of color in the project. The project workforce is supposed to include 18 percent minority and six percent women.

But at the bottom of the requirements for each major company involved in the construction is an asterisk with this message: “Actual participation may be supplemented by contractor Good Faith Efforts.”

The MDHR has provided a number of ways for contractors to demonstrate “good faith” when workforce goals have not been met, including training programs and a list of nearly 1,200 minority and women workers and their skills put together by LRT Works, a project to help contractors and subcontractors locate available minority workers. Unfortunately, the contractors have made little use of this available help.

None of this helps the problem the project has with perception, especially in light of its earlier struggles with the people of color in the area. The Rondo community had to fight to have their say in the project and was forced to sue to get three stops in the neighborhood that had been promised earlier.

The first Spokesman survey, taken over the course of one day, seems to be consistent with the overall community perception that the project is woefully short of Blacks and minorities in general. This perception is backed up by the fact that the largest contractors, Ames Construction and C.S. McCrossan Construction, have failed to reach their hiring goals of 18 percent minority during the peak construction season, the summer months when the larger numbers of workers are on the job.

It’s not clear what barometer the Metropolitan Council used to come up with an 18 percent requirement when the Twin Cities metro area, according to the 2010 U.S. Census Bureau, is about one-third minority or people of color. Minneapolis is 18 percent Black, and St. Paul is nearly 12 percent.

Since the project involves federal, state and local tax dollars, it would appear to warrant the involvement of a larger percentage of people of color.

McCrossan’s failure to meet its overall hiring goals at this point raises eyebrows. McCrossan recently paid $4.6 million in penalties to the U.S. Justice Department after the feds said they lied about their Disadvantaged Business Enterprise (DBE) participation on the Hiawatha Light Rail. McCrossan paid the fine while not admitting guilt.

In addition to running afoul of the feds, C.S. McCrossan has been openly hostile to federal set-asides and laws requiring minority participation, alleging that the laws themselves are discriminatory.

In 1995 and 1996 McCrossan sought court injunctions against the Las Cruces, New Mexico White Sands Missile Base to keep the base from taking bids for projects up to $15 million under the Small Business Administration’s set-aside program. McCrossan argued that the program violated the U.S. Constitution’s equal protection clause.

As a result of McCrossan’s legal challenge, the Pentagon did eliminate its “rule of two” set-aside program. Under the program, the Defense Department had reserved some contracts for small or disadvantaged businesses if two or more such firms were available and qualified to bid.

While the set aside-programs are designed to level an otherwise unequal playing field, McCrossan saw them as unconstitutional and led the fight against set asides.

Company owner Charles McCrossan said in an interview with the Star Tribune at the time that “these programs are designed to treat people unequally.” He described the set-aside program as “wrong,” claiming “It causes many social problems that negatively impact relations between many groups in our society.”

The other major partner on the CCLRT project, Ames Construction, was the target of protests just last year by HIRE Minnesota, an advocacy group that promotes fair hiring policies.

According to HIRE MN, Ames has been consistently out of compliance with state hiring laws, yet continues to receive state construction contracts. Ames was the lead contractor on the $288 million Highway 62 reconstruction project.

There is real concern that the CCLRT construction will be business as usual: Project built, Blacks and other minorities left out.

“I want to make sure that all of our community participates,” said Gary Cunningham of the Metropolitan Council. “There is a long history of these projects coming in on time and under budget but without us.”

The process for making sure contractors meet the goals for the CCLRT is not encouraging. Last Thursday, September 15, at the Central Corridor Light Rail Joint DBE/AA Oversight Committee, the contractors, while going above the 15 percent required DBE participation, fell short of the Affirmative Action goal of 17 percent.

Minnesota Department of Human Rights Compliance Officer Melanie Miles assured those in the room that the department has investigators visiting the construction sites, as did Wanda Kirkpatrick, the Metropolitan Council’s director of diversity and equal opportunity.

The Minneapolis Civil Rights Department contract compliance officer and the Office of Federal Contract Compliance Programs were in the meeting as well but asked no questions of the contractors who had fallen short of the goals.

It’s clear that Kirkpatrick and Miles are dedicated bureaucrats and mean well, but the unpaid observers in the room seemed to point out the real problem: There was no written procedure or written explanation of the next steps for contractors who had fallen short of their minority hiring goals.

The contractors simply said they would talk to their subcontractors that were pulling down their numbers. In the case of McCrossan, which fell three percent short, there was no written reprimand, only a promise to pull its numbers up.

One of the community members at the meeting pointed out that there appeared to be no real way to hold the companies accountable. “If someone in our community steals a pocketbook,” he said, “there is an immediate consequence — he goes to jail.”

Cunningham said that he too is concerned about the lack of concrete proposals on how the contractors will meet their goals. “I have asked for a report on how they planned to meet this goal and for criteria on how the Good Faith Efforts were going to be assessed.”