The Common Core State Standards have been pitched as everything from the Great Savior to the Great Demon of U.S. public education. This has been confusing for many people, including me, since the actual content of the standards doesn’t seem particularly off-putting. There’s room for informed debate on pedagogy, developmentally appropriate objectives, and other inside baseball, but the political aspect of it is a bit perplexing.

My current hypothesis: It isn’t the standards themselves that are driving the controversy, so much as it is everything else about their creation and implementation. Here are a few examples of what the Common Core has come to represent.

Much of the skepticism to current reform hot topics like choice and “accountability” systems comes from concern about a relatively small number of privileged elites driving big changes without checking in with the people on the ground. The design of the Common Core standards followed a similar pattern.

Back in 2009, when the two groups charged with writing the standards were convened, neither group (one for math, one for English/Language Arts) had a classroom teacher involved. There were, among others, a few university professors, some consultants, and a lot of people from testing outfits (the College Board and the ACT) and Achieve, a nonprofit organization whose major work is mostly about the Common Core.

In addition to being designed largely by distant elites, the standards picked up backing from the federal government when participation in the Common Core was rewarded in the Race to the Top program and the No Child Left Behind waiver process. This is where the Tea Party crowd gets spun into a tizzy, as “national standards” sound like excessive federal overreach. The reality is more that the federal government jumped on the existing bandwagon of elites, but that sort of distinction doesn’t go too far in Tea Party land.

Finally, people paying closer attention could pick up other signs of elites at the top shuffling themselves around to advance their chosen agendas. David Coleman, one of the major architects of the Common Core, became head of the College Board, the test maker behind the SAT and AP test series. When the College Board used this year’s SAT results as a reason to rework their test to better align with the Common Core, few were surprised. There may not be anything particularly sinister about all this, but it does confirm the image of the elite reformer bringing massive changes down from on high. 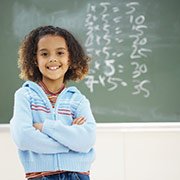 New standards mean new tests, which is bound to provoke resistance in a system that, for many, already feels over-tested. What’s more, the Common Core aligned assessments are expected to lead to a drop in scores (even with the artificial selection of the cutoff for “proficiency”). Many people are already sensitive to the use of test scores as a tool for labeling public schools failures, demanding their closure, and demeaning the people who work for them. For folks like that, a new set of tests predicted to generate lower test scores isn’t good news.

Then there are the arguments by Common Core supporters like Bill Gates, who see the standards as an opportunity for new education-oriented businesses. In the short-term, the big publishers like Pearson are best positioned to capitalize on the change. Over time, however, the hope is that the little guys — previously limited by fragmented state-by-state standards — will be able to more easily scale up their products to the whole country. If you object to profit-seekers viewing public schools as cash cows rather than places of learning, this will rub you the wrong way.

Another theme that has recurred throughout much of modern education reform is the policy-to-practice problem. This is the disconnect between high-level policy making and classroom-level change. In many states, the rollout of the Common Core has been a minor disaster, with teachers being given inadequate time, training, or support in redesigning their curriculum, instruction, and assessments to better meet the new standards (and their accompanying tests). This is a source of frustration for many on the ground, and it undermines the near-term usefulness of the standards.

This has been primarily a political analysis, since I think most of the hype both for and against the Common Core is overblown. I think we’re experiencing a moderate amount of short-term disruption that’s uncomfortable (mostly unnecessarily) for a lot of people in exchange for minimal long-term changes in how or what we teach. I’m open to being proven wrong, but the trends the Common Core symbolizes are, I think, much more potent than the specifics of the standards themselves.