They may seem like an eternity ago, but the 2010 elections should still cause our adrenaline to spike. Massive conservative victories across the country set the stage for years of obstruction, counter-productive “austerity,” and quality erosion. That memory should be a call to action for progressives in 2014, in education and other areas.

The conservative sweeps in state and local elections in 2010 set the stage for school voucher expansion, union-busting, and the erosion of equal pay protections for women. And that was just in Wisconsin.

North Carolina functionally ended its participation in the federal unemployment insurance program, to devastating effect. Indiana now spends more than $80 million a year to send thousands of children to private schools, some of which teach creationism with help from that public money. Except for a few thousand votes in the gubernatorial election, Minnesota could have been right there with them.

This is why these elections matter. Having seriously reduced the federal government’s ability to act, the major effort of groups like ALEC, StudentsFirst, and others is to win victories at the state and local levels. Whether it’s eroding collective bargaining rights, creating and expanding school voucher programs, or finding other ways to undermine public schools and their teachers, these groups are happy to burn money.

Take StudentsFirst — founded by ex-chancellor of D.C. public schools and recent Minnesota Chamber of Commerce keynote Michelle Rhee — which poured over half a million dollars into state legislative races in Tennessee in 2012, and has already put almost $100,000 in so far for 2014. It also put $500,000 into Michigan to defend an anti-bargaining law.

State legislature too high profile for you? StudentsFirst contributed $250,000 to school board primary races in Los Angeles in 2013, part of a coalition that dumped millions of dollars from outside groups into the city. A single school board race ran to over $2 million, almost all of it going to the “reform” candidate backed by StudentsFirst, New York City mayor Michael Bloomberg, and other outsiders.

These local elections matter. Douglas County, Colorado, created its own voucher program through its school board. One of the highest-profile creationism cases came when school board members in Dover, Delaware, tried to push “intelligent design” (sometimes known as “creationism lite”) into science classes.

It’s those opportunities to advance a policy agenda at the state and local level that can draw big outside money. When large outside funders find conservative true believers in low-turnout years, it’s a perfect storm. Just the true believers and low turnout are enough for real damage, though. Again, consider Wisconsin or North Carolina, where unified conservative control is causing real policy damage that will likely hurt those states economically for years to come. 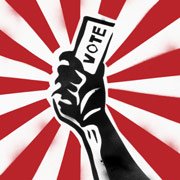 We know that there are conservatives with these beliefs already lining up to run in Minnesota. We have a gubernatorial candidate using coded language to signal an interest in vouchers. We have another candidate setting the stage for “parent trigger” laws aimed at dismantling districts one school at a time.

Much of the day-to-day of government gets conducted at the state and local level, but — especially during non-presidential years — those are the elections that progressives are less likely to turn out for. We cannot leave government in the hands of those who want to privatize, de-fund, or otherwise weaken our public schools. This year’s elections will matter, guaranteed. How they matter depends on who shows up to vote.