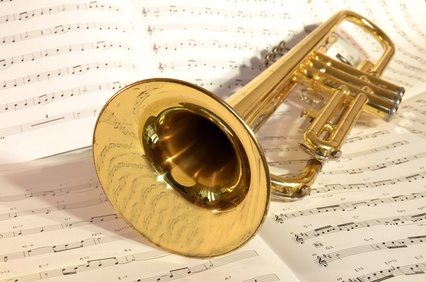 Music is taking a beating. Fewer financial resources flow to school music programs. The Minnesota Orchestra musicians remain locked-out. Record sales are horrible. While these three distinct situations shouldn’t be confused, music is inseparable from public policy because music is inseparable from human existence. But, as a public policy matter, the question boils down to funding. Funding, in turn, follows public priorities. We put our money behind what’s important to us. School music funding is, increasingly, on the chopping block.

For most Minnesotans, instrumental music instruction starts in school. Not every instrument is taught. Piano lessons don’t run through a school instructor nor, practically, does guitar study. Strings, along with most orchestral instruments are less common. Consequently, when we talk about cutting instrumental music programs, the weight falls on band.

For the past couple of generations, band instrument introduction starts in the fourth grade, spring semester. The band teacher rolls a cart full of trumpets, trombones, clarinets, flutes, saxophones, French horns and baritone horns into the classroom. Demonstrations follow. The teacher pitches band participation and invites instrument selection at which point everyone wants to play the drums.

My rural town’s music teacher spent my rising Fifth Grade summer teaching all of us the rudiments of play. I don’t know how or if he was paid. Presumably, he was, through the Community Education program since he also coached Little League baseball but compensation wasn’t on my ten year-old mind. I focused on learning valve combinations and producing a reasonably steady tone.

Increasingly, school-based instrument study and performance is an “enhancement” activity. That’s school financing rhetorical short-hand for shifting program costs to families. Student participation requires payment. No fee means no activity access. It’s a practice that is broadly, if reluctantly, embraced by cash-strapped school boards and school administrators. Without student participation fees, extra-curricular activities would be fewer and further between. Activity fees are, however, increasingly being applied to academic curricular courses. Band is a prime example.

My neighborhood elementary school offers band but it’s no longer a school-day activity. Now, band happens after the school day ends. Learning this requires parsing school web-site language for fifteen minutes or a thirty-second conversation with a current student’s parent. The second route efficiently cuts right to the matter’s heart. Band is no longer a part of the central elementary curriculum.

It’s fair and appropriate to vigorously debate what Minnesota’s schools should and should not be teaching. Parents and educators have been doing this for years. The last hundred years have been a period of enormous change, workplace specialization and productivity gains. Public schools met this demand, building on academic research examining effective learning strategies and techniques. The marketplace’s demands for a highly adaptable, flexible, educated workforce fueled school need. Learning to read, write and calculate basic sums is an insufficient modern skill set. We need Minnesota’s workers to be the most productive force in state history. The question is how do we best achieve this?

Academic research data strongly and positively correlates music’s positive impact on brain function. Better brain function means greater educational capacity because learning is a process, not an on-off switch. Learning can clearly occur in music’s absence but a life without music is a lesser, poorer life both in and out of the classroom.

Minnesota is spending less money, adjusted for inflation, than we were spending 10 years ago. The result has been a narrowing of curricular and extra-curricular options combined with an insistent focus on standardized test performance. Schools are still delivering strong educations but, under the circumstances, it’s a diminishing achievement.

Without adequate funding, Minnesota’s public school tradition will change. It will inevitably, inalterably decline. Over the past several years, budget cutting decisions have increased class size, reduced the number of teachers, dramatically reduced the number of classroom paraprofessionals and teaching support staff, and narrowed academic options. Now, the next round of school budget cuts means paring curriculum.

Instrumental music is increasingly introduced in Grade 7 rather than in Grade 5. Declining music participation and skill achievement will increase pressure to eliminate program altogether. School-based music risks disappearing as a program and as an expectation. And, if the music disappears, it’s only a matter of time before every subject not measured by standardized exam faces the same extinction threat.