An associate of mine with a rich background in politics says his favorite characters in the movie “Lincoln” are the “fixers.” This motley band of bagmen procured, with federal appointments, outright bribery and Honest Abe’s acquiescence, enough votes in Congress to send a proposed constitutional amendment outlawing slavery to the state legislatures in the waning days of the Civil War. It was enacted as the 13th Amendment a year later. 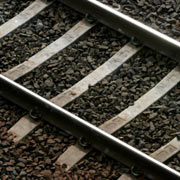 As is often said about the making of both laws and sausages, we may not want to see the process, however tasty the final product may be. In fact, that’s why these processes usually are well hidden from view.

And it’s along these lines that I’m wondering what kind of deals, shady or not, are being sought as the Metropolitan Council repeatedly delays final decisions on routing the Southwest light rail line through a tony part of Minneapolis to reach distant Eden Prairie.

Lord knows plenty of agreements already have been forged along the way to this critical point. Minneapolis pledged to allow the LRT through the leafy Kenilworth corridor in exchange for a promise that freight trains now running there would be relocated. Some residents, however, don’t like that compromise because it would send many more trains past their homes.

Meanwhile, St. Louis Park, the Twin Cities’ first commuter railroad suburb dating to the late 19th century, signaled willingness in writing years ago to accept the rerouted freight trains as part of an effort to secure funding to clean up a severely polluted industrial site that threatened groundwater and residents’ health. Promises, promises.

“Hennepin County kept its end of the bargain and cleaned up the site,” Mark Andrew, then chairman of county board and now a candidate for mayor of Minneapolis, wrote in a Star Tribune op-ed. “Today, that agreement languishes.”

That was then, this is now, St. Louis Park Mayor Jeff Jacobs shot back in a Strib rebuttal. Plus, he said, the city made no binding promises. “The grant agreement between the city and the county does not in any way indicate that in return for the grant funding the city was agreeing to the rail interconnect,” he wrote. “We have never consented or agreed to a freight-rail reroute in St. Louis Park.”

Those are careful words, and Andrew stopped short of accusing the suburb of bad faith. It’s worth noting that both the mayor and the mayoral hopeful speak for angry, fearful constituencies resistant to change in their backyards.

But it’s also worth noting that the stakes in the Southwest LRT struggle extend far beyond those narrow interests, and that its realization depends on a vastly broader set of sign-offs, agreements and compromises. It’s a virtual certainty that there’s no magic bullet solution — such as Marlys Harris’s call in MinnPost for a streetcar-style reroute down commercial streets or a last-ditch second opinion on rerouting freight trains — that wouldn’t spark a host of vexing new dilemmas.

There are more than enough of them already in the current standoff: the loss of dozens of homes and businesses to freight rail in SLP and hundreds of trees in Kenilworth if tunnels are dug to hide the light rail, safety and efficiency of proposed freight tracks that the railroad and federal authorities have a say in, effects of tunneling on Minneapolis waters that a soil and water board controls, the steep cost of either freight relocation or LRT tunneling that would drain funds from future transit initiatives in other parts of the metro.

We’ve settled disputes like this in the past, although sometimes only after lawsuits were filed (see the Central Corridor LRT’s struggles with the University of Minnesota, Minnesota Public Radio and Summit-University residents and businesses). In each case, deals were made to mollify the resistance. In this instance, time may be running short to hang onto a federal promise of 50 percent funding for the Southwest’s costs of well over $1 billion.

I have no special insight into whether new agreements are in the offing out of the sight of most of us. But my “Spidey senses,” to use my old State Capitol press room neighbor Eric Eskola’s phrase, tell me something’s afoot. There’s the Met Council’s foot-dragging. There’s Council Chair Susan Haigh’s suggestion to use consensus rather than a roll call in the final vote, now pushed back again to next month. And there’s the failure of a key official in the process, someone I’ve known for decades, to call me back in the nearly two weeks since I first asked for an interview.

Whatever the situation, the Southwest LRT is too important for the Twin Cities’ economic development, employment access and overall 21st century transportation system to let it fall through the cracks of parochial concerns. If needs be, let’s bring on the fixers.