Folks in the federal government like their acronyms. But when you’re one of the nation’s least productive Congresses, you might want to rename the Transportation, Housing and Urban Development bill, known as THUD, no matter how well it fits the final outcome. 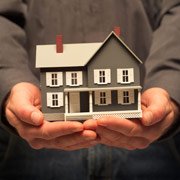 The budget bill couldn’t garner support from centrists on the conservative side of the U.S. House, mainly because of significant Amtrak and community development grant cuts. Progressives wouldn’t support such deep cuts and a small group of those on the far right, as a rule, vote against any government spending. Therefore, house leadership pulled the $44.1 billion funding package.

Senate progressives were unable to invoke cloture for their transportation and housing bill, falling seven votes short of the necessary 60 to move forward.

Similarly, since 2010 public housing agencies have lost $3.4 billion in federal funding for public housing developments, and $4.4 billion from the Community Development Block Grant and the HOME Investment Partnership, the two largest grant programs for housing assistance and community development.

These cuts have directly affected Minnesota affordable housing. Voucher subsidies have been reduced by about six percent, and the fees housing authorities receive to administer the program will pay for only 69 percent of operations. The Met Council has also decided to shrink its voucher program by 500 vouchers.

These cuts fall almost exclusively on vulnerable populations, as half the families with vouchers are seniors or people with disabilities, and most of the rest are low income families with children. These households typically have incomes well below the poverty line and cannot afford decent housing without assistance.

Broadly, the Senate bill spends about $10 billion more than the House and would restore HUD funding to pre-sequestration levels, whereas the House bill would cut an additional $1 billion dollars to housing and community development beyond existing sequestration cuts.

Three major areas of difference include:

The differences between the House and Senate budgets are especially important because the House THUD bill was one of the first examples of a conservative budget that reflects two of their key budgeting priorities: the Paul Ryan budget’s reduction in discretionary spending and the desire to reverse sequestration cuts to the Defense budget.

Specifically, during the 2013 budget process conservatives are seeking to raise the defense budget by $47 billion dollars above sequestration levels. In light of raising revenues, they hope to free up that money by making large cuts to domestic programs and entitlements. The House THUD bill was one of the first department specific budgets to reflect those priorities, and it makes abundantly clear who the conservatives believe should shoulder the brunt of the hardship associated with deep spending cuts. The result was a budget that, while giving the military almost $50 billion dollars in funding above sequestration levels, would leave low income families, some quite literally, out in the cold.