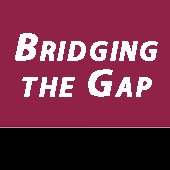 As I sit here at my desk in Lino Lakes Correctional Facility, I watch the mid-afternoon traffic of Highway 35 pass my window. I’m subdued by the sound of early October rain as it hits my window sill. I can hear the sound of jangling keys as they pass my door, the ever-present presence of the correctional officer. Usually it makes me nervous, but today it does not.

Over the last 10 years, while I have been incarcerated, I’ve been called a lot of things, but today I sit here to write this as something that I’ve never been called before. Today I am a historian.

According to Webster’s Dictionary, the definition of a historian is a student or writer of history. On October 1, 2014, history was made at Lino Lakes Correctional Facility, and I was blessed to be a part of it. Now I am privileged to write about it.

A thought caused it all. The thought was that maybe I could do something to change the life of my friend in cell 108, because he is really having a hard time. Maybe I could serve as a bridge to help him through the muddy terrain of why his behavior five minutes ago is affecting the way people treat him right now.

The thought was that if I could get a group of Black men in a circle to talk, then maybe Black men would understand why it’s important to gather in circles and talk. The thought was a bold thought, inspired by some reading of Supreme Understanding [also known as Dr. Sujan Dass, an American author], who said, “Life shrinks or expands in proportion with one’s courage; and when you begin thinking for yourself, you have to get smart enough to defend your ideas.”

The thought was critiqued and called militant by some and revolutionary by others. The thought was suppressed by the powers that be who said that in the physical space in which it existed there was no room for it; so it went on the road. On the road it was introduced to other thoughts which helped it grow.

It grew into an institution where every Saturday at 1:30 pm the doors were open for teaching and learning. The thought was introduced to Vina Kay, who gave it wings and helped it fly. The thought worked with people, cared for people, and was convinced there had to be a better way. A thought caused it all.

The Bridging the Gap Workshop was the manifestation of the thought working and grinding, trying to figure out what it is and define itself. On October 1, 2014 the thought found out exactly what it is…

The thought is a B.R.I.D.G.E, which means Bringing Righteousness, Integrity, Dignity, Goals, and Evolution, with major emphasis on the E and evolution, which means a process of change in a particular direction. The Bridging the Gap Workshop was a major step in nudging the needle forward towards actual change.

On this day, under one roof, educators, lawyers, activists, Department of Corrections (DOC) officials, the DOC commissioner, students, artists, organizers, employers, pastors, therapists, and (as one guest proudly proclaimed herself) agitators, and 150 inmates gathered together to discuss the missing links between the DOC and the incarcerated and between the community and the incarcerated.

Can you imagine the power in the room as Professor Nekima Levy-Pounds expressed the ramifications of the school-to-prison pipeline in a room full of juvenile detainees turned DOC inmates? Well, imagine that and times it by 100, and that still does not explain the force that day had on me.

In my heart and mind, I remember it as a lightning rod that shot through me. I will use it to fuel my fight moving forward, and no matter what obstacles tomorrow brings, the courage and hope from October 1, 2014 will always get me through.

What I took from the event reminded me of the beauty of the human spirit, the very thing that makes us human, and that is our ability to believe in one another and care enough about the next person to invest in their future.

I, Kevin Reese, am humbled to be the vessel that God has used to bring this thought into the world. I am grateful for my friend and hero, Vina Kay, who has believed in me and invested her time and resources in an effort to help me in any way that she could and can. Vina, I bow my head to you in gratitude.

There is such a beautiful community of people, and I cannot wait to get home and join the fight.

Kevin Reese is a participant in Voices for Racial Justice’s “Bridging the Gap” partnership. Reader responses are welcome to info@voicesforracialjustice.org. To learn more about the organization’s work, visit www.voicesforracialjus tice.org.