Whether by flood, fire or rapture, almost every culture has its own form of eschatology. There seems to be no end in how people predict the end of the human race. The earth will be consumed by fire, it will be re-appropriated by the waters or the faithful of the world will be called upward toward heaven, body and soul.

The focus is that there will be an end to humanity as we know it and that there are very clear markers of when, where and how.

The problem with eschatology is that it is a human-centered system of belief that removes any kind of responsibility when it comes to how we treat our environment, other forms of life and each other. As a millennial Catholic Christian, my generation’s religious education was not to focus on the Second Coming as a means to judge others and use up what resources we could in our lifetime; we were taught to respect the inherent dignity of other people, in all forms of life and to be respectful of our surroundings.

As a Lakota, educated in Wolakota – our belief system – I was also told the stories of our people’s creation and how we became the dominant species on this planet. Lakota are not dominionists, nor are we salvationists; we believe in merit. The story of how we came to be where we are is a story of merit. We believe that we once lived as equals with our relatives in the animal world but over time, the Pte Oyate (Buffalo Nation) began to think they were superior to others because of their size and strength. A great race was held on the outer rim of the He Sapa (Black Hills) between the two-leggeds and the four-leggeds to decide which group would have primacy over the others.

After a long and bloody race, during which many were trampled to death, giving the foothills of the He Sapa a reddish ting that remains there to this day, the two-leggeds were victorious. This was not accomplished by human cunning or skill. It was accomplished because our relatives in the Zintkala Oyate (Bird Nation) sat on the backs of the buffalo and flew across the finish line, giving two-leggeds the advantage.

As we emphasize in our belief system, we are all related and dependent upon one another. Our relatives in the bird nation were the first to teach us that by volunteering their skill and strategy so that other we – human beings – could not simply have dominion over others, but be a caretaker of our environment and our relatives in the animals nations. This is a core belief in Wolakota, that we are no greater nor lesser than any other being in creation. 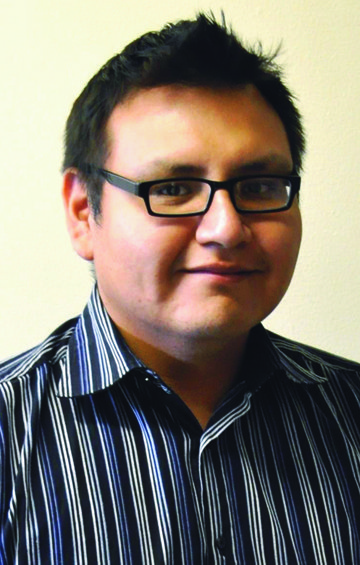 It is an ethos that guides how we see ourselves in the greater order of things. We are caretakers, not conquerors; we are entrusted with responsibilities, not victors taking spoils of war; we live so that others may live, not living off of others. We also do not believe in end times, it is antithetical to our faith that we should abandon the care of future generations for the promise of immediate self-serving satisfaction or salvation. We are empowered to leave the world a better place than we found it.

With the news of the Keystone XL pipeline’s tact go-ahead by the Obama administration in the Dakotas and Nebraska, the PolyMet mines’ and Enbridge pipelines’ progress in Minnesota, it can be daunting to be faced with such dominionists making policy that affect our tribal communities and our cultural legacies. It is frustrating to see the shortsightedness of job creation and corporate profit being placed before live-giving water and the health of future generations.

But we continue in the conviction that even when all power tells us we are wrong, inconvenient or irrelevant, we continue to fight for what’s right. Among the Lakota, our Oglala cousins are seen as the vanguard of all opposition toward those that threaten our traditional ways of life. Now, with the all the historic bands of the Oceti Sakowin (Seven Council Fires) stepping up and the continued resistance from our Anishinaabe relatives, it’s encouraging to see that our values are not lost, at least not for this generation.

And while our cultures will always change and grow with the times and reflect shifts in priorities, what remains at our center will never be changed: that we depend on one another for protection and that we give each other strength to endure the challenges ahead. We will always continue to fight for our culture and legacy, because the alternative is irresponsible to those who are counting on us in the generations to come.