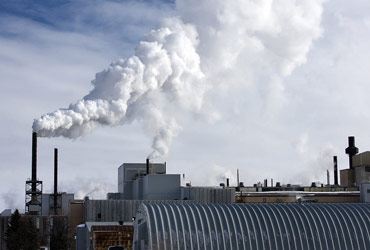 Minnesotans outside the Red River Valley watch the continuing lockout of 1,300 workers at American Crystal Sugar Co. plants since August with varying degrees of regret, sympathy and mutual worries for the regional economy.

This is the first of a two-part series. In part two: How we ignore stakeholder interests, and what some groups are doing to raise the issues.

Recently, Minnesota media has moved the coverage away from the plant gates, turning attention to how the lockout is harming communities, schools, neighbor relations, local merchants, taxpayers and everyone else impacted directly or indirectly. We call these people “stakeholders.”

American Crystal’s confrontation has transcended from a labor management, union busting battle to a full-scale clash pitting shareholders against stakeholders.

This two-part series examines the struggle between the two groups, how we Americans and Minnesotans fail to recognize legitimate stakeholder interests as is practiced in other developed countries, and how inequalities in the capitalist system foster populism and outrage from the Occupy Wall Street movement to the Tea Party.

The Occupy movement and an expanding number of community and ethical groups are raising awareness of the inequalities, said Macalester College labor historian Peter Rachleff. That is the first step in awakening the public. Unfortunately, he says, there’s not a level playing field.

That point is borne out by two Dutch academics, George Gelauff and Corina den Broeder,* who convincingly state there are two major models for governing stakeholder relationships in developed countries, the Anglo-American model and the German model.

Authors describe the former as market oriented and competitive in which capital and shareholders hold sway. In contrast, the German model fosters long-term relationships and cooperation with stakeholders.

The Anglo-American model gives little attention to stakeholders except when it harms the firm; then it becomes a fiduciary responsibility to protect the interests of shareholders. The German model gives workers and others a voice in corporate governance for the long-term growth and prosperity of the company and broader community. In short, German law recognizes mutual interests of shareholders and stakeholders.

But who exactly are the stakeholders?

A leading European management consultant, coincidentally another Dutchman, assembled a group of business professors and management leaders from four continents in early January in Stoos, Switzerland to discuss that and other emerging global business issues.

Jurgen Appelo said in one session the group was asked to identify stakeholders. That list included CEOs and top management, middle management, support operations including human resources, legal and operations; employees, customers and end users, business schools and teachers, students, shareholders (who are also stakeholders), startups and entrepreneurs with some ties to the firm in question, and local and regional communities.

“I realize this outcome was nothing more than a first draft,” he writes on his web page. Since then, he and others from the Stoos group have added management institutes and networks, coaches, consultants and writers; communities and social network groups, governments and law makers, suppliers, and finally, media and journalists.

This brings the list up to 16 stakeholders of what he calls “organizational transformation,” and he said he’s sure there are more.

Let’s loosely apply this list to the people of Minnesota and North Dakota affected by the American Crystal lockout. We use this example because we know the territory; the American Crystal lockout is but one of 17 such assaults on workers’ collective bargaining across the country, and other stakeholders are waging battles against civil rights, health and education, finance and societal inequalities running roughshod across the land.

The first three groups of managers and support personnel cited by the Stoos group are not yet affected at the Moorhead sugar cooperative. They might be down the road if the farmer-owner shareholders of American Crystal were to reconsider company policy. But the next 13 groups of stakeholders identified at the Switzerland business forum are all affected negatively.

Add to that list three other stakeholder groups although in many instances they may involve the same individuals. They are local property taxpayers, the state income taxpayers from Minnesota and North Dakota, and federal taxpayers from both states.

That’s because local taxpayers built what were formerly called the “farm to market” roads that make township and county roads essential to the fall during the sugar beet harvest. State taxpayers because state income taxes and sales taxes were generated by the economic activity generated by a robust sugar industry and employment in the valley. Federal taxpayers because they’ve shelled out mightily over the past four decades to subsidize and protect the domestic sugar industry, the most such protected American farm commodity. American Crystal is the largest beneficiary**.

Step back a few paces and it should be evident that every taxpayer and every consumer in America has a stakeholder interest in a fair and equitable resolution to the American Crystal conflict. This should unite shareholders and stakeholders; not divide them.