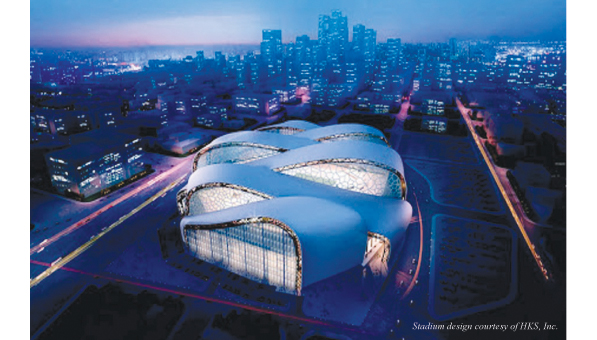 The plans are in full swing for the new $975 million Vikings stadium. And yet again many in the Black community hold out hope that the economic stimulus the stadium promises to provide will benefit them as well.

Unemployment in the Black community continues to remain high. In fact, in the last quarter of 2012 unemployment in North Minneapolis hovered around 22 percent.

While many in the Black community initially opposed the idea of a new Vikings stadium, its approval nevertheless held the promise that the community would benefit from the construction of the stadium in the form of construction jobs and other permanent jobs. And the body that is tasked to make sure that communities of color gets its fair share of the business and jobs, the Minnesota Sports Facility Authority (MSFA), has promised that it has a plan to make sure that it happens.

However, while the authority advertised last year that it had a plan, it has yet to be revealed. Yet, staff at the MFSA has assured us that a plan is forthcoming and will likely be released after the first of February.

The leadership of the MSFA board is comprised of people who have solid reputations in the community. Board chair Michelle Kelm-Helgen and executive director Walter Mondale have said all the right things so far and appear to be well intentioned.

However, the fact that the plan has not been revealed as of yet has created controversy. People are wondering out loud will the plan include the new workforce goals established by the Minnesota Human Rights Department. Director Kevin Lindsay last year set the workforce goals for people of color on publicly funded projects in Hennepin and Ramsey County at 32 percent. The goal for the rest of the metro area is 22 percent.

There have been rumors that the workforce goal will be set at 19 percent. Other sources have said that the goal will be 24 percent. No doubt any one of these figures would be an improvement over more recent public construction projects. But they wouldn’t be the goals that have already been officially approved by the state’s Human Rights Department.

The Twins stadium had a minority inclusion plan, but the goals were not explicit and thus, there was no way to measure its success. The yet-to-be completed CCLRT Light Rail construction project had a goal of 15 percent minority business and 18 percent minority workforce and six percent women, that project has been meeting its goals thanks to the work of the Metropolitan Council and the Minnesota Human Rights Dept., both which helped monitor the project. It also had help with workforce oversight from HIRE Minnesota.

Hopefully the commitment by HKS, Inc. — the architectural firm hired to design the stadium — to extend 19 percent of its contracts to targeted business firms (11 percent women and eight percent minority) is a sign of things to come. Kelm-Hogan noted at the time that, “While there’s no requirement that we do this, we have been very clear that we intend the design and construction of the stadium to set a new standard for inclusion.”

It’s safe to say that it is expected that the MSFA follow closely the “stadium equity plan” that was adopted by the state legislature last spring while approving the new stadium. This plan promises to give people of color a fair share of the construction workforce jobs and construction contracts. The legislation also includes a provision for a “minority owned” employment assistance firm to help secure qualified minority applicants.

The Minneapolis City Council also issued a “staff direction,” which proposed its own “stadium equity plan,” which promised that workers from high-poverty areas in Minneapolis, the Black community, communities of color and women a fair share of the construction contracts and jobs. And of course the other major unanswered question is who will monitor the project to make sure construction companies actually reach the goals they report.

Ultimately it’s hoped that the equity plan approved by the MSFA will abide by the wishes already expressed by the Minnesota Legislature and the Minneapolis City Council.