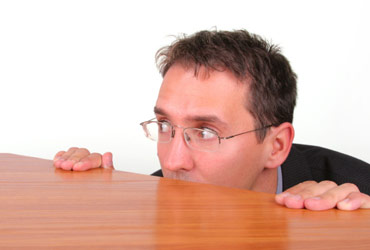 I try not to engage in irresponsible conspiracy-mongering. It’s too easy to get caught up in paranoia and beliefs about far-reaching networks advancing shadowy agendas…usually a recipe for gratuitous stress and anxiety. The world is interesting enough without conjuring up the Illuminati or faked moon landings. But then there are the times when a little responsible conspiracy-mongering is called for.

A perfect example here is the American Legislative Exchange Council (ALEC). The national syndicate of conservative legislators was recently profiled to great effect by Beth Hawkins at MinnPost. She does a great job bringing home how ALEC is affecting Minnesota’s politics around issues like one of my recent favorite topics, teacher seniority.

Here’s the quick introduction to ALEC: It’s a regular get-together for conservative legislators (and the corporations that love them) that hammers out model bills to be submitted to state legislatures. Meeting three times a year, they produce enough of these bills to simultaneously raise a plethora of issues. The sheer scale of the onslaught can make it difficult for progressives to respond. Here’s a sampling of education-related issues of interest for ALEC: “charter schools accessibility, accountability and transparency, standards for teacher excellence, open enrollment, vouchers, tax credits, and blended learning options.” Any of those sound familiar?

Again, Beth Hawkins has done a great job diving into the details of ALEC, and I’d encourage everyone to head over to her piece to get the full rundown. One last Minnesota-centric tidbit worth sharing: the heads of Minnesota’s House Education Finance and Education Reform Committees, as well as the head of Minnesota’s Senate Education Committee are all ALEC members.

The fight that started over teacher seniority and layoffs? Straight off the ALEC wishlist, and we’re not the only state having that argument right now. The attacks on collective bargaining in Wisconsin, Ohio, and Indiana? Same thing. (And you can bet that if the 2010 elections had turned out slightly differently here, Minnesota would be in the same situation.)

Now, does this mean that all things related to “education reform” are being maneuvered by ALEC’s twining tentacles? Of course not. Nor is everyone who advocates for changes to our education system a pawn of ALEC’s agenda. Rather than seeing ALEC as a cause, it is itself a symptom of the broader conservative pathology around education.

Education remains one of the great public institutions of this country, which makes it inherently suspect to a certain conservative mindset that always sees market efficiency as superior to public equity. ALEC wasn’t behind Milton Friedman’s call to replace public schools with vouchers; it just shares a similar mindset about the magical market (though I suspect the typical ALEC member’s understanding of markets is rather less sophisticated than Professor Friedman’s).

Regardless of the particular provenance of this attitude towards education, the end product is the same: A concerted, coordinated conservative effort to undermine (not improve) public education as we know it. From the perspective of this particular pathology, “transparency” really means “finding ways to say public schools are bad,” “school choice” means “siphoning students away from public schools,” and “accountability” means “hurting teachers’ unions.” Again, this is not to say that all who advocate for transparency, school choice, or accountability are part of a larger conspiracy to tear down public education. Unfortunately, too many of the bill authors are.

If progressives want to change the tenor of this conversation, it’s time to stop playing defense. We need proactive approaches to education reform that reflect progressive values and respect the people who make education happen. As believers in the importance of strong public investment, we also have a vested interest in making sure public institutions produce the results we want while staying committed to a vision of true social equity.

For too long, the only serious conversations we’ve had about education policy have been determined by conservative agendas. The public has been shown a false choice between destructive “reforms” and a de facto defense of a system that still isn’t producing the results we want. It’s time to present another choice, one that involves teachers, families, administrators, and everyone else with a stake in education (which is all of us) making the case for a well-supported public institution that serves the needs of all children and treats the workers who provide those services like professionals.

Source: Minnesota Common Cause: “Legislating Under the Influence,” pp.14-15