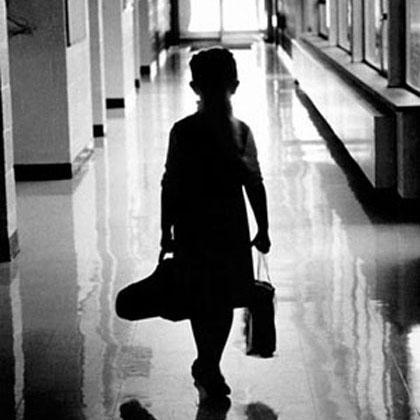 “I don’t want to cut my arts programs but I have to,” says the stressed school administrator on the other side of the telephone trying to make budget number balance. It’s a call with which Sue Mackert is familiar, as the Perpich Center for Arts Education’s executive director.

In its role as the state agency overseeing arts education for Minnesota’s K-12 students, the Perpich Center recently released a report examining how well the arts are represented in statewide district curricula.* Building a Legacy, a first-of-its-kind Minnesota arts education assessment, reveals mixed news: Minnesota is ahead of most states in many aspects of arts education. The state can boast nation-leading arts education policy requirements but implementation at the district and classroom level needs work, especially in the areas of dance and theater. Integrating arts into core subject lesson planning must expand to take full advantage of its potential to boost creative thinking.

While 99 percent of students have access to some form of arts education, variety is limited in most schools. Less than a one-third of elementary schools offer the state minimum requirement of three arts courses; secondary schools do only slightly better, with barely half offering the three-course required minimum.

Expanding arts in Minnesota schools faces a few challenges. One is funding. Overall, the state has underfunded schools 13 percent per-pupil, adjusting for inflation over the last decade. In most districts, local property taxpayers have filled some, but not all, of the state’s funding gaps. Including local levies, however, districts statewide are still six percent behind 2003 inflation-adjusted funding levels, according to department of education records.

This has put the squeeze on all school programs, leading to calls like the one mentioned above. According to the Perpich report, 58 percent of schools rely on non-district funding for arts programs; 23 percent of those schools say outside funding offsets budget decreases for arts instruction.

While leaders in Minnesota’s arts education community plan to ask the Legislature and the corporate community for additional funding this year, there are many short-term challenges that can and must be addressed absent additional state finances. In fact, examining financial resources was only a small aspect of the Perpich report. “Implementation isn’t solely about funding,” said Robert Morrison, the report’s research director, who runs New Jersey-based Quadrant Arts Education Research.

While some parents, community leaders and even education advocates tend to think of the arts as separate from the core subjects or an extracurricular activity, it’s not—both from a good education policy perspective and by Minnesota education statute. As mentioned above, the report reveals a number of schools not meeting state arts requirements, including 13 percent of schools not aligning curriculum with state standards. Furthermore, there is no system of accountability to ensure schools are following state art education guidelines.

The Perpich study examines art standards’ implementation in isolation of all other state and federal school requirements, including special education mandates, No Child Left Behind (NCLB) pressures, increasing ELL needs, and a statewide poverty rate nearing 40 percent. You can see where fully implementing state arts requirements might stack up compared to other priorities, especially if a school already offers some kind of art course.

However, minimizing arts in an effort to meet other pressing needs can be short-sighted. The Perpich report cites a number of studies closely correlating strong arts backgrounds with higher academic performance, with one suggesting arts can help close the achievement gap. In the middle of the last decade, NCLB pressures led to administrators reducing arts to increase standardized test scores. Then-head of the National Governor’s association, Arkansas conservative and presidential candidate Mike Huckabee wrote a 2006 New York Times commentary defending arts education.

“Across the nation, schools are trimming back financing for music and the arts in the name of ‘efficiency’ and ‘core subjects.’ This is beyond short-sighted. It’s stupid…. Numerous studies affirm that a student schooled in music improves his or her SAT and ACT scores in math, foreign language, or creative writing. Creative students are better problem-solvers; that is a trait the business world begs for in its work force.”

Even within NCLB and modern academic constraints, there’s room for arts education in all schools. Music, theater, and other arts teachers should seek solidarity with core subject educators in designing lessons that incorporate artistic creativity through all subjects. The Perpich report identifies vast need for improvement in this area. While 64 percent of schools say they occasionally use arts integration, only four percent have art and core teachers working regularly on integrated lesson plans. A major obstacle is planning time allowance.

Developing a well-skilled workforce requires innovators who can creatively apply the knowledge they’ve gained. Arts, not only help develop creativity but provide foundational learning skills, including the ability to concentrate on a specific task, think in the abstract, work in a team and recall information. Instead of reducing arts to meet standardized testing goals, let’s increase arts to meet future workforce needs.