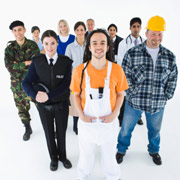 A growing group of Minnesota business leaders is coming out from behind closed doors to openly oppose the so-called anti-marriage amendment that will be on this November’s ballot.

As with all contentious social issues served up by political strategists to divert attention from pressing economic, health and education issues, concerned Minnesotans should wonder if the current progressive stances from the business community will end with just one issue.

Recent stories in both the St. Paul Pioneer Press and Minneapolis Star Tribune have pointed out courageous leadership on the anti-marriage amendment from executives at General Mills, St. Jude Medical, Carlson Cos., Medtronic, Target, Best Buy, the Minnesota Twins, Ecolab and RBC Wealth Management, for starters.

Most of the executives who expressed their opinion publicly stressed the economic importance for Minnesota to be a diverse, inclusive culture to help our companies attract the best and brightest employees possible. In this regard, GLBT marriage bashing here is like the anti-immigrant bashing in Arizona and several other states.

Minnesota business executives from Carlson, Cargill and Ecolab, for instance, recently spoke at a Chamber of Commerce breakfast on the need for our national and multinational companies to hire talent from around the world without hindrance from rigid immigration rules.

Such forceful voices are especially important this election year when carefully crafted diversions and distractions are being foisted on voters. Most of these actions are triggered by massive superpacs turned loose by the U.S. Supreme Court’s decision in the Citizens United case.

In a bizarre twist on First Amendment rights, campaign laws can still require public reporting of individual contributions to candidates’ campaigns but corporate funds can seed superpacs that attack candidates or public policies as long as they are loosely distanced from the candidates the negative actions would help.

Millions of dollars of unaccounted and unreported funds – largely raised from business interests – are fueling attacks on the GLBT community, immigrants, public servants, unions, and, indirectly, children who need education and public services.

Next week, Minnesota 2020 will release a report that looks closely at the inherent shareholder and stakeholder conflicts that surface whenever business firms rush in or are dragged into public policy disputes.

It will look at how Germany, other countries of Europe, and Japan have adapted either statutory protections or cultural norms for recognizing stakeholder interests that, in theory, will help shareholder investments.

Shareholders are not served over the long term when companies fund campaigns and public policies that keep chipping away at the middle class and household purchasing power. Government economists and statisticians note that 70 percent of U.S. Gross Domestic Product (GDP) is consumption-oriented and mostly driven by household spending.

What’s especially refreshing about Minnesota business leaders lining up to oppose the anti-marriage amendment is that it appears they have both shareholder and stakeholder interests in mind.

It is bad for business, they say right off the top, and that is watching out for their shareholders. And it’s bad for employees and other stakeholders as well, which they acknowledge.

As Mike Hughlett and Baird Helgeson reported in the June 15 Star Tribune, General Mills was especially forceful in explaining why it was publicly opposing the anti-marriage amendment. “We value inclusion,” the food company said in a Web announcement.

Meanwhile, Julie Forster and Tom Webb offered a comprehensive June 18 look in the Pioneer Press at how RBC Wealth Management CEO John Taft, and others are encouraging business leaders en masse to come out against the divisive constitutional amendment. It is a safety in numbers-type collective action that might diminish harm any opposing groups might direct at their companies.

As strange as this might sound to the Koch brothers, Karl Rove’s funders, and all of the other conservative superpacs, we are starting to see signs of a push back in Minnesota against tactics that divide people. This could align the interests of shareholders and stakeholders alike, and might make corporate leaders helpful in public policy issues that affect us all.