It isn’t surprising that concerns over wild rice have emerged in relation to PolyMet’s proposed open-pit copper-nickel mine in northern Minnesota, which is currently in the late stages of an environmental review. As Minnesota’s official state grain, wild rice has significant cultural and economic value, and serves important ecosystem functions in aquatic communities. It also holds special meaning for the state’s Native American tribes.

Wild rice has long been known to be negatively impacted by sulfate, which is generated as a byproduct of mining operations. Last week, the Minnesota Pollution Control Agency (MPCA) released the results of the Wild Rice Sulfate Standard Study, which represents the state’s first comprehensive study of the effects of sulfate on wild rice since the 1940s.

Back then, state scientist John Moyle found that wild rice development could be stunted by high sulfate levels, though he was unable to determine exactly why. It has since been theorized that although sulfate itself is not toxic to plants, it converts to plant-damaging sulfide once it’s in the sediment. As plants take up nutrients through their roots, the sulfide is also taken up, resulting in stunted seedling growth.

Moyle’s findings led to our current wild rice sulfate standard, set back in 1973, limiting sulfate discharge from mining and other activities into wild rice producing waters to 10 milligrams per liter (during periods when plants are susceptible to damage). However, this standard has come under fire in recent years as mining advocates and some Minnesota law-makers have argued that it is stricter than the science warrants, resulting in unnecessary investments in sulfate treatment technologies that may compromise jobs.

The Minnesota Chamber of Commerce filed a lawsuit to overturn the standard in 2010, but the Minnesota Court of Appeals ultimately dismissed the case. Lawmakers decided that calls for a revision of the standard should be addressed through rigorous research into the standard’s scientific validity. With funding from the Clean Water, Land and Legacy Amendment, the MPCA commenced the Wild Rice Sulfate Standard Study in 2011. Working under contract for the MPCA, scientists from the University of Minnesota Duluth and Twin Cities conducted research consisting of several components, including field surveys of wild rice habitats, and experiments both outdoors and in the laboratory to determine how wild rice responds to various concentrations of sulfate and sulfide at all stages of development. Data from the various study components were released last Tuesday, and are currently available online. 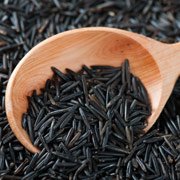 Although the reports indicate the sulfate or sulfide concentrations at which wild rice experiences effects, the MPCA stresses that “it would be premature to conclude that those concentrations are directly comparable to the wild rice sulfate standard.” Chemicals circulate and transform in complex ways in the environment; scientists have yet to determine the relationship between the amount of sulfate discharged into wild rice producing waters and the amount that ends up in the sediment in which wild rice grows. The data from the various study components therefore require further analysis and must also be examined in relation to each other before the MPCA makes its preliminary recommendations to the Wild Rice Standards Study Advisory Committee at the end of February. A wide variety of stakeholders comprise the advisory committee, from mining and industry leaders to rice harvesters and members of the Native American Community to university experts. Approval of the U.S. Environmental Protection Agency would be required before any changes could be made to Minnesota’s water quality standards rule.

Industry is often accused of trying to skirt environmental regulations in pursuit of profits, and calls to relax the sulfate standard are being perceived by some as exactly this type of maneuvering. But in this case, it might be worth the time and work to review the standard, which is largely based on dated research. Other jurisdictions have significantly less restrictive standards. In British Columbia, for example, the sulfate standard required to protect aquatic life is set at 100 mg/L, and the province is in the process of amending this guideline to 115-410 mg/L, depending on water hardness. Similarly, Illinois recently revised its sulfate standard to allow for amounts between 500 and 2,000 mg/L, depending on water hardness. The fact that the MPCA has made its data available online means that outside parties can conduct their own analysis.

The burden of proof is on those who want to see the standard changed – it remains to be seen if the Wild Rice Sulfate Standard Study offers the kind of “proof” mining advocates might need to justify their request for a less stringent standard. Perhaps the sulfate standard is just fine as it is – or maybe the MPCA will end up recommending an even stricter standard. Officials from PolyMet state that if the standard remains unchanged, they will meet it.

However, it may indeed be the case that the sulfate standard might not need to be so low to protect wild rice. This outcome does not preclude the validity of other environmental concerns associated with the proposed mining activity. Rather, if the evidence – once independently reviewed – offers support for a less restrictive sulfate standard, environmental advocates and other interested parties can better direct their resources toward aspects of the proposed mine that pose other threats to the environment.

If PolyMet’s NorthMet project goes ahead, it is futile for the company to direct large sums of money at initiatives that don’t significantly lessen the environmental impacts of mining activities; that money should instead be spent preventing and mitigating pollution where it counts. The Wild Rice Sulfate Study can help inform advocates on all sides of the debate, so that the promised economic benefits of mining activity don’t come at the cost of environmental quality and cultural preservation.