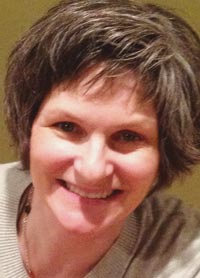 "The League of Women Voters believes that the impact of the photo ID issue disproportionately affects women in a negative way." -Sue Hnastchenko

The photo ID amendment (HF2738), which at press time is pending in the Minnesota Legislature and may be placed on the Nov. 6 ballot, would require a government-issued photo ID with a current address. The implications for Election Day registration, vouching and absentee ballot issues are unknown. The League of Women Voters believes that the impact of the photo ID issue disproportionately affects women in a negative way.

Who will be affected and how?

Brave women fought for years for the right to vote and many never had the opportunity to exercise that right! Honor their memory and take an active role in our democracy to ensure that all people have equal and open access to voting. Voting is a right, not a privilege.

Sue Hnastchenko is a member of the League of Women Voters South Tonka.

The League of Women Voters (LWV) was formed out of the suffrage movement and its work to expand the right to vote to women 91 years ago. The LWV is a nonpartisan political organization that encourages the informed and active participation in government, and influences public policy through education and advocacy. www.LWVMN.org