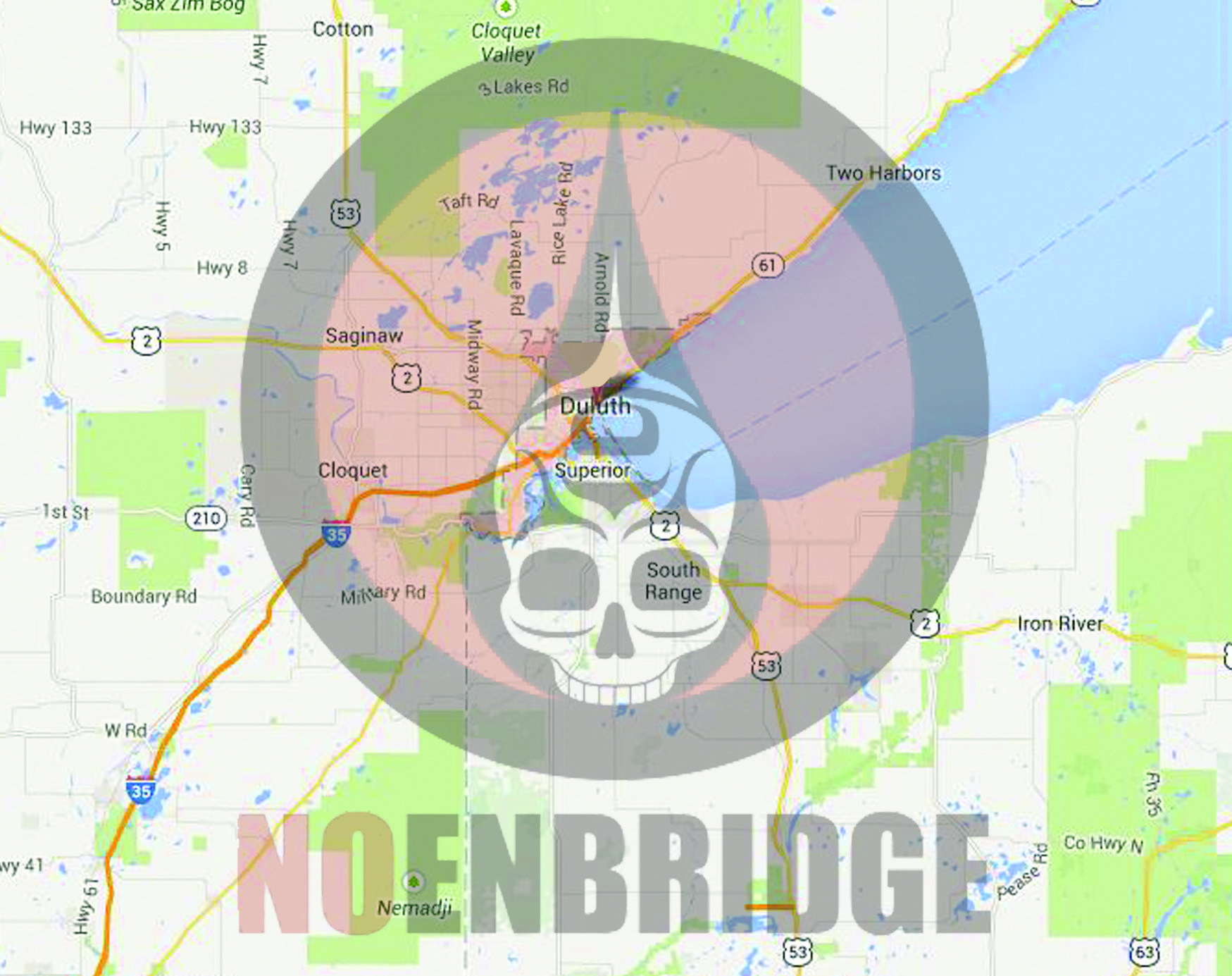 MN 350, the Sierra Club, Honor the Earth and others are fighting Enbridge Energy of Canada before the Public Utilities Commission on April 3. Enbridge seeks to increase its enormous oil transport system using its existing Alberta Clipper Pipeline through Minnesota, increasing the barrels per day of tar sands crude oil from 450,000 to 800,000 piped from Alberta, Canada, to Superior, Wis. Many Minnesotans do not even know that this pipeline exists.

There are many serious issues here. Many believe that this oil does not benefit the U.S. and is largely intended for export. Climate scientists warn that full development of tar sands oil will be “game over” for the climate. Enbridge is the company responsible for the 2010 spill in Michigan that poured over a million gallons into Talmadge Creek and the Kalamazoo River. This type of oil sinks and has to dredged, further destroying the aquatic ecosystem. The spill is yet to be cleaned up. A spill near Cohasset, Minn., in July 2002 resulted in long-term injuries to wetland vegetation and wildlife habitat according to the Natural Resources Trustees, Department of the Interior. Airbourne vapors of benzene and other carcinogens are released during these spills. Enbridge has a history of 804 oil and gas leaks over the last 10 years throughout its entire system.

The Alberta Clipper line crosses the headwaters of the Mississippi River five times and the breadth of the entire state filled with wetlands, wild rice beds and communities. New pumping stations must be built so Enbridge is claiming there will be new jobs. The classic jobs verses environment argument wears very thin especially when the risk is so huge. Many landowners along the route are also contesting this project.

Enbridge is also proposing a new pipeline from North Dakota across Minnesota to Superior, Wis., the Sandpiper Pipeline. Currently, the MN Department of Commerce is seeking comments through April 4 at 4:30 p.m. on proposed alternative routes, what human and environmental impacts should be studied and what specific methods might be used to study them. Use the PUC docket number 13-474 in the email subject line to: larry.hartman.state.mn.us.

Please speak for the watersheds, land, communities and creatures against this oil corporation using our state for its own gains.

For more info: Honor the Earth.org and MN350.org.

Paula Fischer (pfischer@comcast.net) loves living in Longfellow and writes on behalf of the four-toed salamanders and all wetland wanderers.