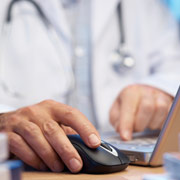 Claims regarding rate shock are based on the premise that the cheap plans on the market today are no longer going to be available, and the new plans will be incredibly expensive. To get there, many conservatives go to eHealthInsurance.com, a private insurance marketplace, and compare the cost of the cheapest rates on the private market to the cost of plans on health insurance exchanges.

Many of those who are uninsured right now would not be eligible for the $60/month plans available on the market. That’s because these prices assume you have no risk factors, and are a young, healthy individual. After filling out the health forms, most uninsured folks would find themselves on the hook for considerably more than $60/month, for the same coverage.

Think of it as one of those car commercials with a rock bottom interest rate. In reality, most people don’t actually have the credit score to qualify for that rate. Exchange plans will show the price you’ll pay up front, so the price you see is the price you pay. Furthermore, the new plans are required to offer more than just the bare bones coverage, which contributes to a higher average cost. But, in the long-term, patients’ out-of-pocket costs will be less with the new plans.

Those ginning up fear about rate shocks only refer to the monthly premium, which is a pretty shoddy cost-measurement tool. Monthly premiums aren’t the limit of what you’ll be spending on any plan. Think about the current system’s co-pays, deductibles, and procedures insurance doesn’t cover.

Using the median household income ($28,693) for Minnesotans younger 25, I went to eHealthInsurance.com and found myself a plan based on my age, location (a 23-year-old St. Paul resident) and a couple of basic health questions. Medica’s Solo plan with a $12,600 annual deductible was one of the cheapest, with a monthly premium of $69.39. This comes with a total out-of-pocket expense limit of $13,600 in a calendar year. (Excluding the monthly premium, that’s the most you’d have to fork over for one year.)

The most stripped down coverage level for Obamacare plans is the Bronze coverage, which is expected to have a total out-of-pocket expense limit of $6,400.

Since Minnesota’s exchange is still in development, so it’s not possible to make an exact comparison. However, one state that can possibly act as a guide is California, which has the first official Obamacare plans on a exchange. It shows I would pay a $137 monthly premium for my plan, and would have that $6,400 out-of-pocket limit. What it boils down to is that I would pay an extra $67/month to reduce my total liability by $7,200/year.

I know what people are thinking, I’m a healthy young person. Why should I pay that much extra to lower my out-of-pocket, when I’ll likely never need it?

Consier this: Medica estimates the average price of an appendectomy in St. Paul (a procedure two of my closest friends had at 22), to be between $6,881 and $10,500. Even on the lower end, say $8,000, you’re already well above the out-of-pocket threshold for the Obamacare plan, but still well below the cheaper plan.

Add in a second emergency, and you’re looking at a pretty painful year on the pocketbook under the cheap plan.

All right, maybe you can stay healthy over a few years, but let’s consider what could happen over a decade. Reaching that $13,600 out-of-pocket threshold while on the Bronze plan from Obamacare instead of the Medica plan would pay for 107 months of the additional $67 premium, or nearly 9 years’ worth.

Finally, conservative claims about rate shock tend to ignore the premium subsidies included in the Affordable Care Act. Individuals and families making up to 400% of the federal poverty line – $45,960 for an individual and $94,200 for a family of four – are eligible for tax subsidies on their health care premiums. Considering that the vast majority of uninsured Minnesotans live under the 400% of poverty level, nearly all of them would be eligible for some measure of subsidy.

In the recently released California plans, a 21-year old making 150% of the federal poverty line, or $17,235/year, or less would pay nothing for the most affordable Bronze-level health care. That’s a $0/month premium. And while that might be a shocking rate, it’s sure not going to be bankrupting anyone.

Rate shock is a myth, designed only to scare the public into believing that the most meaningful health care reform in recent history will bankrupt people everywhere. What I’ve written above is only the immediate dispelling of the fear mongering. A number of factors will better control costs across the system over time, as the total cost of health care decreases due to everyone having insurance.

We need facts, not rhetoric, to prevail in order to make the transition to the Affordable Care Act as smooth as possible. That starts with not allowing the myth of rate shock to continue. People are going to save money on health care with minimum-standard plans. We’ll all be richer, and healthier, for it.