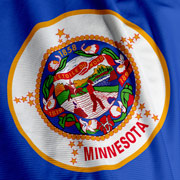 The Mayo Clinic and city of Rochester’s “Destination Medical Center” proposal now before the Minnesota Legislature appears to be the third giant Minnesota economic development investment of the past century that has the potential to change the state’s economic future.

This is the first in a two-part series. Click to read part two, OPINION | Mayo investment proposal comes at a moment of maximized potential success.

In both measurable magnitude and non-measured potential, it ranks with Minnesota voters approving the Taconite Amendment to the Minnesota Constitution in 1964 – an action that secured investment in technology and construction for another half-century of mining in Minnesota. To a somewhat lesser extent, it is also like public support given to bring the Vikings and Twins to Minnesota in 1961 and subsequent creation of the Metropolitan Sports Facilities Commission in 1977.

While the Legislature and state officials work on Rochester infrastructure details, we’ll briefly review what Minnesota received from the two prior mega public investments.

The Taconite Amendment was extremely controversial in the early 1960s and remains so today with a dwindling portion of state residents, observes Hy Berman, the University of Minnesota historian emeritus and a keen observer of state social and political movements over time.

Away from local issues and company-labor frictions on the Iron Range 50 years ago, one sore spot for Minnesotans was that University of Minnesota scientists essentially developed taconite ore processing technology without benefit of patents, said Berman. That has changed in more recent years with medical technology and other university inventions, he said.

At the same time, units of government including the university have benefited from iron and taconite development, noted James Skurla, director of business research for the Labovitz School of Business and Economics at the University of Minnesota Duluth (UMD), who has been on the scene nearly a long as Berman.

No one has created input-output models to measure what Minnesota has gained over the years from the Taconite Amendment, Skurla said. It would be an enormous undertaking. But he and his colleagues recently released a study that assesses current economic impacts of mining on Minnesota and the Northeast region’s economies.

That study found that the economic impact of mining was $3.2 billion statewide in 2011, supporting more than 27,000 jobs, and generated about $152 million in taxes and royalties to state and local units of government payable in 2011. Of that amount, UMD economists concluded, $64 million was paid to local school districts and the University of Minnesota.

What the Taconite Amendment did was assure mining companies they wouldn’t be taxed differently than other manufacturing industries if they invested in mines, factories and technology to extract and process the lower-grade ore.

Public support initiatives for sports teams and stadia financing trigger similar reactions among Minnesotans and especially among people who give more weight to societal priorities than the dollars-and-cents of public investment.

We won’t relive those fights here, either; but the public should be aware extremely cautious economic analysis shows professional sports are a gain for Minnesota. This comes from using simple investment and revenue hard numbers without attempting to multiply assumed economic and societal benefits.

One of the clearest such studies was a 2009 report for the Metropolitan Sports Facilities Commission by the professional accounting and consulting firm RSM McGladrey Inc.

It covered the period of time from 1961 through 2009 and traced only the public expenditures and tax revenues generated by public support for the Twins, Vikings, North Stars, Timberwolves and Minnesota Wild – without multiplier effect assumptions for the Twin Cities or Minnesota economies.

Granted, numbers have changed since that study with new Target Field and a new Vikings stadium being planned. For the period under study, however, RSM McGladrey found public investment had totaled $191 million. In return, public tax revenue from the professional sports teams totaled $458.7 million.

The net gain of $267.7 million benefited taxpayers in all corners of the state. RSM McGladrey accountants found the state of Minnesota put up 28.2 percent of the sports facilities investments and received 93.4 percent ($428.6 million) of the tax revenue.

What isn’t known is the full value of professional sports teams in helping attract and retain corporate headquarters, jobs at all skill levels, and spillover economic activity in other commercial and industrial sectors. What such studies do show, however, is that there is payback for public investment.

Back when Minnesotans were considering the Taconite Amendment, an ad hoc group from around the state argued that promoting Iron Range development was good for the entire state. Newspaper archives show the Citizens Committee for the Taconite Amendment noted three plants valued at $600 million were in planning stages in 1964, and projected that industry would invest $1,995 million in mining and taconite processing by 1990.

Heading that committee was a Minnesota development advocate, promoter of the public good, a Rochester resident and a regent for the University of Minnesota. His name was Dr. Charles W. Mayo.