The year just ended was a momentous one. A decade of declining public revenue was reversed , with renewed investment in education, infrastructure, worker training, and healthcare. Furthermore, the dollars needed to fund these public assets were generated in a way that will reduce the regressivity of Minnesota’s tax system. However, despite the far-reaching changes made on the tax and spending front in 2013, some heavy lifting remains before us in 2014.

The principal fiscal issue confronting the 2014 legislative will be the disposition of the state budget surplus, projected to be $825 million for the current FY 2014-15 biennium, based on the recent November forecast. It is important to note that this surplus is only a projection. We are only six months into the current two year state budget cycle and there is no guarantee that the revenue and spending forecast made in November 2013 will accurately reflect the status of state finances on June 30, 2015—the last day of the current fiscal biennium. The current forecast is particularly tenuous due to the instability of the federal budget situation and uncertainty over how new taxes enacted during the last legislative session will perform.

There appears to be significant support among legislators of both parties and Governor Dayton in favor of repealing three new “business-to-business” (or B2B) sales taxes on (1) farm equipment repair, (2) purchases of telecommunication equipment, and (3) warehousing services, each enacted during the 2013 legislative session. While economists generally favor expanding the sales tax to consumer services, they generally oppose expanding the tax to B2B transactions. By applying a sales tax to each business transaction, the tax load “pyramids” or accumulates with each transaction. Repealing the three B2B taxes enacted in 2013 would reduce state revenue by an estimated $231 million during the FY 2014-15 biennium.

Governor Dayton has also proposed aligning the state tax code with federal tax breaks and write-offs approved by Congress in 2013—a process known as federal tax conformity. Among the beneficiaries would be approximately 640,000 Minnesotans who would see reduced taxes through the elimination of the marriage penalty and 53,000 who would benefit from expanded eligibility for the Working Family Credit. Dayton is also proposing conformity to federal deductions for educator expenses, mortgage insurance premiums, and student loan interest. Collectively, Dayton characterizes his proposed federal conformity as “middle-class tax cuts.”

Dayton’s proposed federal tax conformity would reduce state revenue by an estimated $205 million. Combined with repeal of the three B2B taxes, approximately half of the projected $835 million surplus would remain. 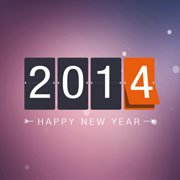 Local governments will likely press for an inflationary adjustment to state aids. During the 2013 session, the legislature approved an $80 million (19%) increase in city Local Government Aid and a $40 million increase in County Program Aid, along with a new $10 million township aid program. However, in future years, all of these aid appropriations are frozen, with no adjustment for inflation and population growth. Thus, over time the real per capita purchasing power of aid dollars will decline, resulting in increased pressure for property tax increases. Ensuring that state aid programs keep pace with inflation and population growth would be a practical way of using surplus dollars to provide more stable property tax relief over time. Adjusting all three aid programs for inflation and population growth would increase state spending by $20 million annually beginning in FY 2016.**

An often overlooked budget priority is the state budget reserve. Currently the reserve is $660 million (not including the $350 million cash flow account). Most proposed uses of surplus dollars, including the tax reductions and spending increases referenced above, have “tails” that reduce state revenues or increase expenditures in future years. An increase in state reserves, on the other hand, does not create tails that jeopardize future budget stability. Rather a reserve increase adds stability to state finances by providing a cushion against unanticipated economic swings.

In 2009, the non-partisan Minnesota Budget Trends Study Commission report recommended a hefty increase in the budget reserve “to manage cyclical economic volatility.” In the past, increases in the budget reserve have been almost an afterthought—a place to put available state resources after all other priorities had been satisfied. Given the increased dependence on volatile income taxes and other economic uncertainties, state policymakers should make expansion of the budget reserve a top priority in 2014.

Beyond dealing with the projected budget surplus, policymakers should begin deliberations on structural tax reform. Minnesota’s tax system is riddled with exclusions, exemptions, credits, and various other special provisions that add complexity and reduce efficiency and transparency. Elimination of these special provisions will increase the size of state and local tax bases, which will in turn allow for a reduction in tax rates without reducing public revenue. More importantly, thoughtful pruning of unproductive tax preferences will make the tax system more efficient and conducive to economic growth.

The prospects for meaningful tax reform will improve considerably if consensus between progressives and conservatives can be forged. The 2014 session may afford a rare opportunity for such consensus. A recent Minnesota 2020 article noted that:

The fact that the legislature achieved a significant increase in real per capita state revenue during the 2013 session—successfully restoring approximately one-third of real per capita state general fund spending cuts over the last decade—will make it easier for progressives to agree to tax simplification that does not increase state revenue. If the tea party wing of the legislature can set aside its proclivity to cut state revenue, the prospects for revenue neutral tax simplification will brighten.

It is unlikely that a comprehensive reform of Minnesota’s tax system can be accomplished in a single “short session.”* However, the legislature should begin laying the groundwork for substantive tax reform in 2014. The use of the state surplus is a short-term priority that will occupy much of the legislature’s attention in 2014; however, successful tax reform is a more important goal that will yield benefits for Minnesota long after the disposition of the one-time surplus is forgotten.

**Update: An earlier version of this article stated that adjusting these three state aid programs would reduce the FY 2014-15 surplus by $20 million. In fact, this adjustment will have no impact until FY 2016.