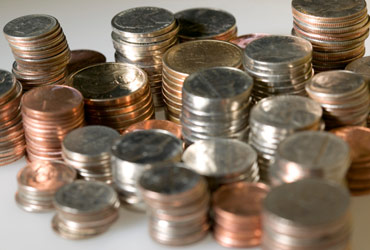 As reported on this site for years, our state and national system of fuel taxes to finance roads and bridges is profoundly dysfunctional.

It raises less than 60 percent of the money needed to maintain what we have, much less to improve it. It’s highly unpopular, leaving practically no political will to increase it for inflation or fast-advancing fuel efficiency. It even allows drivers of electric cars to use the roads without paying a cent for their construction and upkeep.

It does nothing to ease congestion and, at the low per-gallon rates in Minnesota, very little to reduce tailpipe pollution. And it contributes zilch to the costs of most local streets and roads, leaving them reliant on billions of dollars in non-user property taxes.

By contrast, mileage-based user fees (MBUFs) could solve nearly all these problems. Long a subject of academic, think tank and government-funded research—including a $5 million study now underway in Minnesota—tolling by the mile instead of the gallon is often touted as a wave of the future in transportation finance.

A new University of Minnesota report confirms most of this rosy outlook, finding that mileage fees would beat or match fuel taxes for efficiency, equity, revenue adequacy and environmental sustainability.

There’s just one hitch. Despite all the advantages of a mileage charge and all the drawbacks of the fuel tax, the latter has a huge edge in feasibility. It’s been collected for nearly a century from fuel wholesalers, a simple, low-cost method that virtually eliminates tax evasion.

Mileage fees, however they are designed, would likely bring greater collection costs, more opportunities for dodging the revenuers, higher tax visibility that tends to heighten public disdain (but also could encourage more efficient travel choices by motorists) and Big Brotherly concerns over privacy when the government tracks every mile you drive.

“For MBUF implementation to move forward, it is important that policymakers understand the shortcomings of fuel taxes and how unsustainable they are in the long run,” the report, prepared by U of M applied economist David D. Coyle and four colleagues at the Humphrey School of Public Affairs, concludes.

“It is equally important that proponents of MBUFs understand, first, the difficult transitional issues and questions involved and, second, the education and outreach efforts that will be needed if the public and policymakers are to support implementation.”

This is wonky to the max, but the 91-page report also contains easily grasped descriptions of the many pluses mileage fees offer our transportation system. Here are just a few of them:

That’s the good news. But because of public concerns over government snooping on people’s whereabouts—albeit on public right of way, where expectations of individual privacy are debatable—plus likely resistance from truckers and others who are getting the best deals from the current system, mileage fees will be a tough sell. Technical issues, system complexity, higher collection costs and the risk of greater tax evasion pose further hurdles.

The report suggests ways of overcoming these barriers, beginning with public education about the benefits of mileage tolling. It also recommends gradually phasing in the new system side-by-side with fuel taxes, allowing voluntary opt-in by drivers who “should be rewarded so others envy them.”

Other transitional strategies include assessing mileage fees at first only on electric and other alternatively propelled vehicles that pay no fuel tax, reducing fuel taxes to fund “baseline transportation needs” and introducing mileage fees “to fund road and bridge reconstruction and expansion, including right of way acquisition.”

“We envision continued use of fuel taxes while a MBUF system is introduced,” the report concludes. “MBUFs may one day be able to replace the need for fuel taxes.”

Studies like this can help speed the day of a more rational transportation funding system. So can a current pilot test of mileage tolling being conducted by the Minnesota Department of Transportation with actual drivers. Their acceptance of mileage fees could do a lot more for this important cause than many university studies combined.