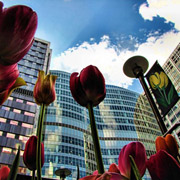 No one fully knows how important the Mayo Clinic is to Minnesota’s health, economy, or future. But while we try to rationalize public investment in Mayo, risks associated with it, and potential for growth, there have been few moments in Minnesota history when the possible upside was as great as now.

The is the second in a two-part series. Click to read part one, OPINION | Minnesota’s past can inform Mayo investment.

The Mayo Clinic is asking the Minnesota Legislature for nearly $600 million in bonding over the next 20 years to support infrastructure. This includes roadways, skyways, tunnels and other municipal services to support doubling the Mayo Clinic’s size, its affiliated hospitals, and spur healthcare and research appendages of the Mayo to make the City of Rochester one of a few “Destination Medical Centers” evolving in the nation.

In part one of this two-part series, we looked at other pivotal moments in the past century when Minnesotans chose to invest in economic development for the collective good of the state. Minnesota 2020 has concluded that we’re at such another moment. Though economic development triggered by intellectual resources aren’t easy to measure or predict, this may be the greatest moment yet.

Mayo and Rochester haven’t made public their economic analysis projecting the enormity of what their public policy request may begat. They only use up-front data, such as job creation numbers and private investment figures that are in the works, said Rochester Area Economic Development Inc. (RAEDI) president Gary Smith.

That should be good enough, Smith said in an interview. As the largest private employer in the state, the Mayo attracts more than 100 people on three commuter buses each day from the Twin Cities, he said, and Mayo employees live in more than 60 of Minnesota’s 87 counties.

All that suggests multiplier effect impacts on the state’s economy that haven’t been measured, Smith said. But that doesn’t mean Mayo’s and Rochester’s economic impact on the state isn’t far greater than what city and clinic representatives are telling lawmakers.

Properly modeled, input-output analysis can reasonably project multiplier effects and total economic importance of nearly every event or economic activity. How the modeling is done, however, can either inflate or deflate the resulting economic benefits the analysis portrays.

Careful surveying of visiting game attendees from 25,160 out-of-area attendees found they spent an average of $230 each while in the Twin Cities for the game, and caused an economic impact per visitor of $359. As a result, these visitors spent $5.8 million in restaurants, hotels, retail stores and for transportation, expanding the Twin Cities economy by $9.1 million for the weekend.

Their report was The Economic Impact of Minnesota Vikings Game Attendees: A Playoff Example, issued by the University of Minnesota Extension Service Center for Community Vitality in March 2010. Accessible through the Minnesota Extension Service, the report is especially helpful for the general public to understand how such modeling is crafted – the methodology – for projecting economic impact. Tuck and Nelson explain it for Minnesotans who aren’t economists.

Ironically, probably no state or university outside the University of Minnesota has done as much to shape the modeling and developing of software for groups, industries and institutions to measure economic impacts. That makes the Rochester and Mayo request for state infrastructure assistance all the more unusual.

“We don’t think we have to assume or project any impacts,” said RAEDI’s Smith. “We think the hard numbers speak for themselves.”

In part one of this series, we noted that mining in Minnesota is responsible for 27,000 jobs – mostly in northeastern Minnesota. The Mayo currently accounts for more than 32,000 in Minnesota, making it the largest private employer in the state. The current Mayo expansion plans call for adding another 25,000 to 30,000 Minnesota employees over the next 20 years.

At the ground level in Rochester, Mayo expansion plans will need 1,800 to 2,200 construction jobs annually stretched over the next 20 years, said Smith. “We don’t look at these as temporary construction jobs. We call these careers.”

And that’s only the first rim of the multiplier impacts. Far more complicated is projecting growth in jobs and the economy from spillover companies that form from proximity to the Mayo.

In February 2010, the Columbus, Ohio-based Battelle Technology Partnership Practice issued a report on “The Economic and Societal Impact of the Mayo Clinic and Mayo Health System” that attributed spinoff companies and healthcare improvements generated by Mayo as “societal benefits.” As of 2008, Battelle researchers found that eight Minnesota-based companies had formed to commercialize Mayo Clinic innovations and research discoveries.

Now, however, eight new companies are looking at taking residency beginning on March 1 in an “accelerator center” in the Minnesota Biobusiness Center in Rochester adjacent to Mayo that is supported by a Rochester community sales tax. A Minnesota health-related strength is growing stronger.

The earlier Battelle study found that Mayo entities provided 34,245 jobs in 2008, and supported 36,000 additional jobs in Minnesota. No effort was made to affix a dollar value to “societal benefits:”

Perhaps economic models can’t. Potential benefits are huge, however. Lawmakers now face taking a risk that could make Minnesota a national and global center of medical science for decades and generations to come.