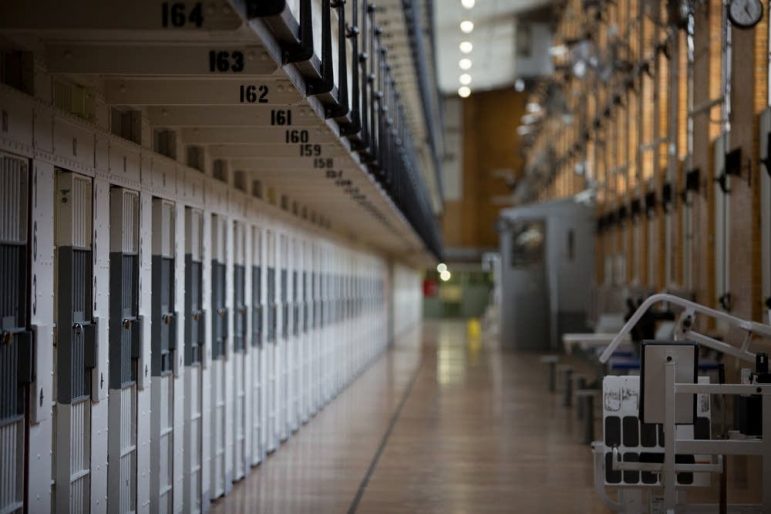 Driving away from Lino Lakes Correctional Facility late in the afternoon, I felt the ache of disconnect emerge. For the entire day, I and my colleagues, including organizers, professors, and legislators, were deeply connected with a group of 150 inmates at Lino Lakes.

For six months, I had traveled to and from Lino Lakes to meet with Kevin Reese and Lovell Oates, as well as Program Director LCie Stevenson, to plan the Bridging the Gap workshop. Our foursome had worked through multiple roadblocks, crafted creative compromises, and stayed true to our goal to bring inmates together with community members working to make the transition back into community life successful.

We faced possible cancellation up until just a few days before the event. But the commitment of Kevin, Lovell, and their colleagues and those of us from the community was to create a positive event that would highlight our shared partnership. Again and again, we told officials of our plans to keep the spirit one of partnership, of seeing the shared need for improving opportunities, both inside the corrections system and outside in the community.

As we arrived at the Q Building that rainy morning, we were welcomed by the inmates, who shook our hands and showed us to hot coffee and muffins. I met the men I had only heard about before: Zeke, Joseph, Mario. I had heard so much about them that we greeted each other like old friends, reunited at last.

Our day was intentionally a mix of voices from inmates and community people. Zeke spoke of the prisoner-community disconnect, taking us into the isolation experienced by longtime inmates, many caught up in the War on Drugs and mandatory minimum sentences. Zeke told us of the hunger he and his fellow inmates have for transformation and of the challenge they experience in accessing education and connection to prepare themselves for a life outside prison walls.

Nekima Levy-Pounds spoke of the school-to-prison pipeline, drawing the full attention of the room. When she asked, “Who here experienced school suspension and detention? Who was the kid always in trouble?” every one of the inmates raised their hands. I could see the power of that validation — the recognition that a pattern was in play, that it was not just them, but an entire system that led them from classrooms to prison cells.

A panel of inmates including Kevin, Lovell, Zeke, Mario and Joseph connected us more deeply to the lives and dreams they and their colleagues shared. Among the words we heard: I raised my son over the phone these last 11 years. The phone is my heartbeat. Take advantage of every program you can. How you carry yourself and how people treat you are first cousins.

On their plans when released: Be a student, teach others. Play basketball with my son. Take care of my family. Write. Show people how much I love them. Be the best babysitting grandpa ever.

On what we in the community should do: Give people the help they need, not the help you want to give them. Make it possible for us to vote someday. Give kids opportunities so that they don’t land here. Follow through with whatever you start. Make sure this isn’t the last time we see you.

Back in the fall of 2013, Kevin had heard me on Lissa Jones’ KMOJ radio show “Urban Agenda” talking about racial justice. A week later, I received a letter from him that among other things said: “…this letter is just my attempt to help build some type of bridge between us in here and the community our there. I figure if you all are doing work out there, then I figure so should we.”

So finally a year later, Kevin and I had the chance to sit together and share a meal. It was the first time we talked freely and in person, without any staff present, about our lives, our families, our plans. At the end of the day, we congratulated each other for pulling this off and hugged — something I had long wanted to share with my friend, but never felt I could.

Driving away, I felt sad to be leaving a prison and my friends behind. On the way home, I stopped for groceries and to pick up dry-cleaning. Both felt mundane compared to the day I had experienced inside Lino Lakes prison. The disconnect could easily grow, but now I refuse it.

Kevin and I talk every week or so by phone, and I have pleaded with him to let me pay for the calls. He always refuses, telling me that I can buy him a cup of coffee someday. I look forward to that day and to our many days of work together.