In advertising—and occasionally in politics—claims of dubious merit are often dressed up with superlatives to dupe the audience into believing evidence supporting a claim is much stronger than it really is. Case in point is a recent e-mail from Minnesota’s conservative leadership, which cites “four indisputable truths” that purportedly prove right wing policies have turned Minnesota into a fiscal and economic nirvana. In reality, these “indisputable truths” are nothing more than a series of selectively presented factoids designed to put a positive spin on ill-conceived conservative policies. 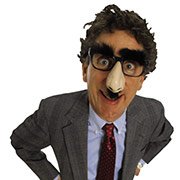 According to “indisputable truth” number one, “The final quarter that just ended $463 million in the black was the result of Republicans holding the line on taxes in 2011.” The fact that estimated revenue collections are exceeding projections is true; the claim that the 2011 budget is responsible for this improvement is not. Based on data compiled by the National Governors Association, current tax estimates for fiscal years 2012 and 2013 are exceeding earlier projections in 36 states;* among these 36 states, some slashed budgets, some increased taxes, and some did a combination of both. Claims that Minnesota conservatives are responsible for the improvement in state revenue would be more plausible if similar improvements were not occurring throughout the country.

In reality, the $463 million improvement in state revenue reported in the July 2013 Economic Update has little to do with the actions of either party. It resulted instead from a rising national economic tide lifting boats in the vast majority of states.

The second “truth” that “The surplus from the 2011 Republican budget has paid back the school shift” is flatly contradicted by “truth” number three, which states that “The DFL budget just passed continues the school shift at over $400 million.” How could the 2013 progressive budget (for FY 2014-15) continue the school funding shift if the 2011 conservative budget (for FY 2012-13) had paid it all back? Certainly nothing in the FY 2014-15 budget passed by progressives last May did anything to increase the school funding shift, so whatever funding shift carried forward into FY 2014-15 must be the result of the FY 2012-13 conservative budget. The muddled logic that gave birth to these two contradictory statements is the product of bad policy, desperate politics, and wishful thinking.

It is certainly true that the school funding shift has declined dramatically from its high point of approximately $2.75 billion at the end of the 2011 special legislative session. However, as noted above, this improvement in revenue is the result of improvement in the national economy; it is far more plausible to attribute this improvement to the Federal Recovery Act than anything done by Minnesota policymakers—Republican or Democratic.

The fourth and final “indisputable truth” is “People change behavior when their taxes go up.” To prove this point, the conservative e-mail references a sentence from Minnesota Management & Budget (MMB) from the July economic update which states that taxpayers will shift income into tax year 2012 in order to avoid the upcoming fourth tier income tax increase. The MMB statement that taxpayers will shift income from one year to the next in response to tax changes is certainly true. However, this sort of behavioral change has long been acknowledged by both conservatives and progressives and was never in dispute.

Among the policy gems that conservatives fought for and achieved in their 2011 budget was the sale of tobacco bonds, originally a 2009 Governor Pawlenty proposal, in which the state sold a reliable source of future revenues for the sake of a one-time upfront cash infusion to help balance the budget in the short term but leading to a significant net state revenue loss in the long term. Other conservative “accomplishments” in the 2011 budget include cuts to the renters property tax refund, reductions in state aid, and the elimination of the homestead credit—each of which resulted in property tax increases and each of which were at least partially remedied by progressive legislation enacted in 2013.

However, if the 2011 budget had been entirely a product of a conservative dominated legislature, the magnitude of the improvement in the state budget situation and the buy-down of the school funding shift likely would not have been possible. For example, the GOP plan to phase-out the state business property tax would have reduced state revenue by approximately $350 million dollars by FY 2015 and by a projected cumulative total of $8 billion over the course of the subsequent decade. If these unpaid for tax cuts would have been enacted into law, the likely outcome would have been a large structural budget deficit going forward and a substantially diminished ability to reduce the school funding shift. Governor Dayton was able to prevent this ill-conceived policy from becoming law.

It is certainly true that state revenue collections have improved relative to earlier projections and that the school funding shift has shrunk. However, these events occurred in spite of—not because of—legislative tea partiers’ actions. The recent e-mail from conservative leaders is a desperate attempt to take credit for trends they had nothing to do with.

*The Fall 2012 edition of The Fiscal Survey of the States from the National Governors Association compared FY 2012 revenues for all fifty states as projected at the time that the FY 2012 budget was enacted to more current revenue estimates. The Spring 2013 edition of the same publication did the same thing for FY 2013 revenues. By combining information from both editions of the Survey, Minnesota 2020 was able to compare projected revenue for FY 2012 and 2013 to more current estimates for all fifty states.