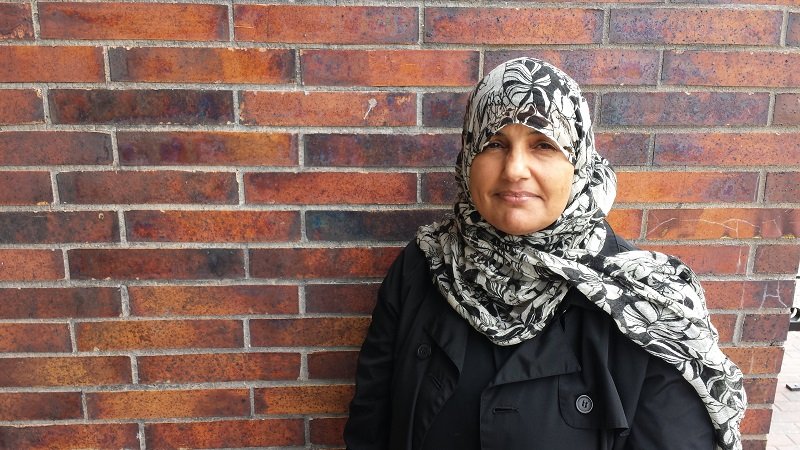 After reading about Chris Lollie’s arrest in St. Paul and the terrible treatment he received, I was inspired to come forward with my own bad experience with local law enforcement.

In August 2013, I had a court date that I had missed. I had a $300 ticket for driving with a suspended license for not having insurance. The ticket was almost three years old, and I know driving a car without insurance was wrong. But poverty was something continuous in my life and so insurance was just something I couldn’t afford.

I decided to try to negotiate and so I had made arrangements with the court to appear in front of the judge to speak about the price of my ticket. But on the day of my court date my daughter relapsed from Sickle Cell Anemia and was rushed to Fairview Hospital. I called the court and I was told I had ten days to appear.

What I didn’t know was that Hennepin and Ramsey County had issued a warrant for my arrest for missing the court date. I was scared so I turned myself in. I didn’t think much about it. Maybe they will give me another fine and let me go? It was my first experience so I really never expected that they would treat me so disrespectfully.

I was accompanied by three other female inmates when I walked into the lobby of the Ramsey County Sheriff’s Office, but I was the only one the officer concentrated on.  She looked straight at me with so much hate and said, “You need to take that scarf off.” Then she raised her hand to my face and attempted to remove my scarf in front everyone there, including men.

In my faith, it is inappropriate to show my hair and figure to men. But I didn’t have time to explain this, just react. I raised my hand to try and stop her and negotiate. When I did she told me that she was going to put me in isolation.

They told me I was resisting arrest and that raising my hand was a threat and kept demanding I take off my “burka.” I pleaded with them not to take off my hijab in front of the men.

“You better take it off,” a male officer told me. “Or we will throw you downstairs where we put people who don’t follow orders.”

One of the other female inmates said, “Leave her alone. Let her wear her hijab. Why are you bothering her?”

She actually knew the word. I was so proud of that girl.

Then the female officer and another male officer dragged me with my hands behind my back to an isolated room, where they made me remove my hijab and my abiya, which covers my figure.

Then I was told I had two options: to stay in isolation and have my scarf, or sit in the lobby where people wait to pay bond without my scarf. They told me it was a hazard, which I could use to hurt myself or others. Why would my scarf be harmful? It didn’t make sense to me.

I chose to stay in isolation and spent about two hours in a nasty metal cage with no windows and just an open toilet and heavy graffiti in sight. Later they processed me and moved me to another isolation room upstairs where I stayed for 23 hours. Another officer grabbed my hijab and took it from me. She threw me a bed sheet and told me to use it instead.

What did my scarf have to do with my traffic ticket? Why was I so threatening? I felt like my religion was under arrest. Now officers must let women wear their hijab even for mug shots, but that day in August, that female officer who brought me in had no intention of being fair and just. She was full of rage. It was an awful sight.

Yes, I did have an unpaid ticket for driving with a suspended license. I know that it had consequences, and that driving after my suspension crossed the line. I understood my crime and take ownership. But what I don’t understand is why those St. Paul officers treated me so disrespectfully. I am a Muslim woman who drove a car without insurance, yes, but do I need to be humiliated so badly by someone who should be fair?

Change needs to be made with our officers. I saw almost no diversity in the staff. And there was a clear lack of training and education. When I told the officer who was processing me in St. Paul that I was born in Ohio, he said, “Really, Ohio? Were you really born in Ohio?”

My mother immigrated to the United States back in 1959 from Yemen due to civil war. But he didn’t know any of that.

Closed minds don’t serve our community, and being blind to the cultural diversity in our society is a big mistake. We will have clashes because we are not willing to really get to know one another. We need to work to actually understand each other. I was judged by my clothing, and was mistreated and abused.

How many lawsuits and how much suffering needs to occur for us to really get our act together? I hope we can bring change to our community across the board and start living our true potential of being treated like full human beings.

I’m a mother, a public relations student, a documentarian, and even a former ROTC recruit. Most importantly, I’m a human being and deserve to be treated like one.

Correction: A previous version of this story incorrectly stated where AlKadi had been transferred. The incident took place at the Ramsey County Sheriff’s Office.