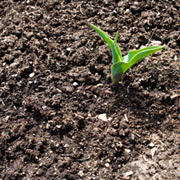 Minnesota farmers are back in their fields preparing land and planting new crops, spurred on by extremely warm and dry winter weather leaving April fields inviting for heavy farm tractors and equipment.

Rarely have prospects for the new growing season and for the rural Minnesota economy looked this bright. But history proves that prospects don’t always produce results; anyone with a long-term view of the complexities of the farm economy should approach this year with great caution.

In 1972 word leaked out that the then Soviet Union was making unprecedented purchases of American grain. That news sent commodity markets and grain prices on an explosive three-year climb.

Consider where we are today: The Minnesota’s rural economy looks solid. The University of Minnesota and the Minnesota State Colleges and Universities system released data last week showing 2,400 commercial farms enrolled in farm financial programs had 2011 median farm income of $123,000.

This median income was for well-educated, good-size farm operators and may not be representative of a median for all Minnesota farms. It does show, however, that 2011 was a record year for most major sectors of agriculture.

In another important report released, USDA’s National Agricultural Statistics Service (NASS) said farmers across the nation indicate they will plant 4 percent more acres in corn this year, the largest acreage in corn since 1937.

The Minnesota office of NASS said Minnesota farmers intend to plant a record 8.7 million acres in corn, up 7 percent from a year ago, while cutting back soybean plantings by 3 percent and our Northern grown Hard Red Spring Wheat crop by 10 percent.

Most of these decisions are based on prospective price signals from commodity markets. Among smaller crops, Minnesota farmers also indicated they plan to increase oat plantings by 11 percent, barley plantings by 57 percent, fractionally more sugarbeets, and 20 percent more sunflowers.

Still, dark clouds hang over the Minnesota farm economy. Farmers know that high commodity prices do little for producers who don’t get a good crop. Consumers will pay higher food costs whether farmers’ pocket any money or not. At the start of April and the new planting season, commodity price signals say 2012 ought to be a good year for agriculture … with many assumptions.

First, the weather patterns need to change and we desperately need moisture. Second, the dairy and beef farms and ranches will soon discover if there was winterkill in their pastures and hay fields from lack of snow cover. This could have devastating impacts on livestock feeding costs. Finally, the strong, anticipated export demand for American grains and oilseeds could disappear as a result of spillover problems from within the global petroleum, currency and financial markets.

Crude oil prices on futures markets were down slightly at the end of the past week, partly in response to reports the U.S. and European governments were preparing to dip into strategic oil reserves to ease pressure on the global oil supply. Still, oil market prices have climbed more than $30 a barrel for most crude contracts since the middle of last year; import demand from China and emerging nations keep adding upward price pressures, and European and U.S. tensions with Iran build even more upward pressure on prices.

Agriculture is a big user of energy. Export customers in the developing world will be forced to ration imports of oil and farm commodities in response to these higher prices.

Less certain, however, is how the combination of factors that impact world commodity markets will affect currency values. Some analysts of the currency and precious metal markets were recently baffled by why the U.S. dollar was actually gaining strength against the euro, the British pound and a few other hard currencies. Since most global commodities are denominated in U.S. dollars, rising currency translation costs can ration trade volume rapidly and crash farm commodity prices before the new corn crop begins to tassle.

Thinking back to 1972, a presidential election year, a lot of nonsense was uttered over what the Soviets were doing and what was happening to commodity markets. A staff economist for the Nixon administration’s Council of Economic Advisors, the late G. Edward Schuh, made it a personal mission to explain to some Midwestern-based journalists and farm groups that the slumping value of the dollar was boosting trade volume – for both American grains and oil.

We’re in another election year. Political nonsense over who’s to blame for gasoline prices shows the general public didn’t learn much in 40 years from the Soviet grain deals or about global markets in general.

This is all the more reason to approach the new growing season with caution.