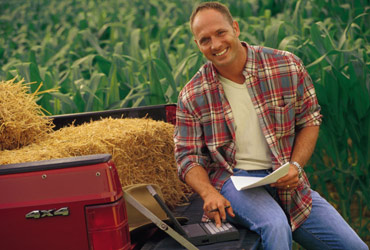 That has led to nine major remodeling jobs this fall for Jensen and his woodworking employees at Valley Woods in Wendell.

“It’s the multiplier,” he said at a recent dinner gathering in a reopened restaurant in Elbow Lake. “Agriculture is driving it.”

But that’s not all that is apparent as rural Minnesota flirts with an economic rebound. A new rural economic structure is emerging that will outlast the up and down cycles of the agricultural related economy.

People finding work these days are likely to be independent contractors, or “free lancers.”  They work on projects without paid health care benefits or retirement plans. These are “self-employed” who use the 1099 tax forms, not employees who receive W-2 forms.

Don Lottman, a carpenter in the Kerkhoven-Sunburg area, said skilled people can “find work” anywhere in the west-central Minnesota area right now. Most of it is ag related, he said, and most of it is for independent workers, or the “1099ers” as they are called, and not as full-time employees.

This is known as the “1099 trend,” said Ben Winchester, a rural sociologist and demographer for the Minnesota Extension Service.

Extension Service experts in Illinois and North Dakota have conferences planned this fall that will look at problems the 1099 trend may be causing families as well as opportunities it may be opening for prospective entrepreneurs. What is clear here, however, is that increasing numbers of rural Minnesotans are becoming vulnerable to economic swings and will have greater problems meeting basic needs, including accessing health care and insurance.

Economicmodeling.com shows that Minnesota now has 22.9 percent of its workforce listed as 1099 self-employed. Nationwide, a fifth of all workers are listed that way and in some states, such as South Dakota, more than 26 percent of the workforce falls into that category.

Just what this means long term for families, communities and policymakers needs careful study, Winchester said. No matter where this leads, it is further evidence that America and Minnesota won’t put back in place the economic structure it had prior to the 2008-2009 Great Recession.

September jobs data analyzed by the Jobs Now Coalition in St. Paul bears this out.

Almost any good news in rural Minnesota can be traced to improved livestock prices and by relatively high grain and oilseed prices that have only recently started to retreat. The multiplier effect shows how farms connect to manufacturing and the vendors and service providers within the food chain.

The U.S. Bureau of Labor Statistics found that America gained 103,000 nonfarm jobs in September but that wasn’t enough to lower the nation’s 9.1 percent unemployment rate. While technically in an economic recovery mode, the U.S. economy has only recovered 9 percent of the 8 million jobs lost in the Great Recession.

The shifting to a 1099 economy means job numbers of employment and unemployment won’t track in the future as more work transfers to self-employed contractors. This will raise questions about who is unemployed in the future.

Jensen, meanwhile, is part of the “old” economy and does hire people as employees. He has seen a spurt of remodeling and other projects ordered at Valley Woods in recent months.

As he pondered the nine most recent projects, the multiplier effect from agriculture became obvious. Eight projects involve modernizing and repair of western Minnesota farm home kitchens. A ninth is for a rural realtor who sells farmland as well as residential and commercial properties.

The multiplier effect traces economic activity upstream and downstream from a core industry by measuring indirect jobs, transactions and related business growth that are extensions of the base activity. The measuring tools for tracing such developments were largely developed by former University of Minnesota applied economists.

Just how important agriculture is to the broader rural economy has been much debated for the past decade. Former U.S. Agriculture Secretary Anne Veneman noted that industrialization had overtaken agriculture as the primary economic driving force for the economy in most areas of rural America.

She was right. But that observation was based on the way government statisticians track employment and economic activity by industrial code designations. Multiplier effect research brings agriculture and manufacturing back together when the latter is built out from the former. That is often the case with food processing and equipment manufacturing in rural Minnesota.

What should concern community leaders and state officials is that agriculture isn’t likely to carry the rural economy endlessly into the future. Unless we diversify rural economies so that are not so dependent on agriculture, people will be vulnerable to shifting economics and will have greater problems meeting basic family needs.