Now that the U.S. House’s farm bill theatrics are over, can Congress actually craft something that helps farmers, rural communities and people in need? And do it before the current bill expires at the end of September?

>In addition to restoring some of the house’s drastic cuts to SNAP (formerly known as food stamps), they must also figure out which chamber’s version of the dairy program to implement.

The senate passed the Dairy Security Act, establishing price support on the margins for farmers, and triggers disincentives on production when there is an over supply in the market. The house passed the Dairy Freedom Act which also establishes price support on the margins for farmers, but has no supply side restrictions. If no bill is passed, milk prices could double for consumers. Stay tuned, cliff ahead.

The Senate passed the Dairy Security Act in the 112th Congress, as part of its Agriculture Reform, Food and Jobs Act of 2012, and passed it again as part of the similarly named bill in 2013. Senator Stabenow, chair of the Senate Agriculture Committee describes what the act will do: 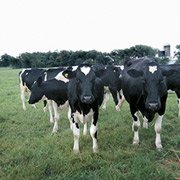 “Recognizing that dairy is a unique commodity, two new programs replace existing dairy programs. The Dairy Production Market Protection Program (DPMPP) is a voluntary program that protects producer margins equal to the difference between the all-milk price and a national feed cost. For small and medium-sized farms, additional margin protection is offered on the first 4 million pounds of milk marketed (the annual production of approximately 200 cows). The Dairy Market Stabilization Program (DMSP) promotes growth while encouraging producers who participate in DPMPP to scale down production when the market is oversupplied. These programs replace the Dairy Product Price Support Program (DPPSP) and the Milk Income Loss Contract Program (MILC).”

“We need a program that gives farmers a risk management tool focused on the margin (or difference) between two critical numbers: the farm milk price and average feed costs. To be effective, it must also include a stablizing mechanism to address conditions that could cause a chronic over-production of milk, because chronic surpluses can keep farm milk prices too low for too long.”

The House bill is called the Dairy Freedom Act, supported by the International Dairy Foods Association. Introduced by Congressmen Goodlatte (R. Va.) and Scott (R. Ga.), it lacks the supply side provisions of the Senate bill:

Two recent studies come to conflicting conclusions about the merits of the two bills. One report, prepared by University of Missouri agricultural economists Scott Brown and Daniel Madison, assessed how the senate bill would have affected farm-level economics during the period 2009 through 2012 compared with the impact of the house bill. “According to Brown and Madison’s economic modeling, the senate bill would have increased net farm revenues by $0.55 per cwt. over the period studied, while the House bill amendment would have raised farm revenue by only $0.48 per cwt. More important from a budgetary standpoint, the House proposal would have hiked government expenditures by $1 billion over the 2009 to 2012 period compared to the Senate program, because the House bill would encourage more milk production – even at lower margins,” says the National Milk Producers Association.

The second report, from Cornell University assistant professor Joshua Woodard shows that the Senate dairy program will cost more than the House bill. The study, “2013 Farm Bill Dairy Title Proposal Redistributes Program Benefits toward States with Larger Farms,” finds that the Senate bill is significantly weighted to benefit large farms. According to the study, “the government loss ratio is significantly higher for the Senate proposal than the House proposal.” The study also refutes the argument that the Dairy Security Act will help small farms. “The implication of the [supply management program in the DSA] would be further government flows towards regions dominated by larger producers – many of which are in the process of contracting production growth – at the expense of consumers, taxpayers and regions dominated by smaller producers.”

The International Dairy Foods Association, the Consumer Federation of America and the National Consumers League support the House bill. In discussing the Senate bill, IDFA says:

“This policy would have raised the price of a gallon of milk by over 35 cents at the peak of the 2009 recession, when more than 15 million Americans were unemployed…. This program would have raised milk prices by about 32 cents per gallon in September 2012, just when a new school year was starting. School districts across the country would have seen an increase in milk costs of more than $13 million — just for that one month alone!… Government nutrition programs proposed by the Dairy Security Act’s price-enhancing proposals would have added $667 million to federal nutrition assistance programs during the 2009 recession.”

“The market stabilization plan is critical because without it, there is no mechanism to help restore the balance between milk supplies and demand, and farm milk prices could remain depressed for a long period of time. A margin-only program, as some dairy processors have proposed, would actually exacerbate this situation by blocking market signals and would lead to an extended era of cheap milk – good for processors, perhaps, but not for dairy farmers.”

“And I just want to talk about the economics of the dairy industry a little bit more. A 2% oversupply in milk will collapse the system. We’ve seen that. That’s all it takes, is 2%. It means we can’t sell it in the U.S. and we can’t export it in the world market. If you get into that kind of a situation, the bottom falls out…Now, back in ’09 that problem was caused, to some extent, by the financial collapse and what happened within the economy at the time, and demand for dairy, for a lot of different things, went down, including dairy products. So we had an increase in production and we had a decrease in demand; it collapsed the market. And as Mr. Costa said, we had I don’t know how many bankruptcies. I don’t know how much equity was lost. It was a disaster. And if we get into that situation again, we’re going to lose 25% of the dairy farmers in this country.”

Without the farmers, the whole food chain collapses. Seems it’s many of these farmers house conservatives want to throw off the cliff.