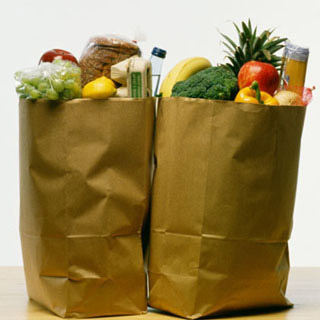 The 2010 Census showed there are 313.2 million Americans and 5,344,861 Minnesotans. Except for those among us who will go hungry today, all are involved in “the farm program.”

It was Wendell Berry, the Kentucky author, essayist, poet, sometimes farmer and English professor, who reminded his agrarian fans, “Eating is an agricultural act.”

That point was revisited a week ago with a mostly urban audience at The Theater of Public Policy in Minneapolis. The improv group hosted, and sometimes roasted, this writer in a discussion and performance on what is called “the farm bill” and why we should all care.

That performance won’t be revisited here although you can see portions of it in the accompanying video. Rather, some points relevant to Minnesota are summarized here.

Congress is again writing a “farm bill.” The current federal farm program is set to expire on Sept. 30. Staff members for Sen. Amy Klobuchar (D-Minn.) are meeting with the public today at Minnesota State University Moorhead seeking public input on what should be in the new bill.

Agricultural groups, environmental groups and a few others with direct and clear ties to U.S. Department of Agriculture programs are quick to respond and lend their voices to the emerging debate. Unfortunately, the general public is not likely to show up or stand up.

What many inaccurately call “the farm program” are actually the authorized programs administered by USDA. A breakout of these programs is provided in the report, “USDA FY 2012 Budget Summary and Annual Performance Plan”.

Conservation and forestry programs account for 7 percent since public policies such as the Louisiana Purchase, the Mexican Cession of 1848 and Seward’s Folly (Alaska) made the federal government the largest U.S. landowner (34.7 percent, while governments own 17.57 percent of Minnesota land.)

Critics would carve the pie chart into different-size portions. This critic, for instance, thinks the “all other” category, or 6 percent of the budget is insufficient to meet current and future public needs. It includes funding for USDA Rural Development programs, pure and applied research at our major research universities, food safety programs and marketing and regulatory operations at USDA.

That said, what is apparent is that “the farm program” is America’s “food program.” Funds have traveled off the farms and into towns and cities with the American population.

“Have we found the ‘1 percent’?” asks Tane S. Danger, the interviewer and host of the improv theater, using a slogan from the Occupy Wall Street, Occupy Faith, and Occupy-everything-in-between movements.

Not exactly, but it does help illuminate the other 99 percent.

Population growth is the biggest driver in the urbanization of America. Technology adaptation is also significant as physics, chemistry and biology displace human labor on farms. The exception is with unique, labor-intensive fields such as fruit and vegetable production that, ironically, get the least amount of help out of the USDA programs.

Let’s look at reasons the farm program is such an important food and people program for Minnesota.

First, hunger groups insist that only about 55 percent of food insecure people apply for or qualify for the SNAP program’s food stamps. Elderly people living on low, fixed incomes are especially disconnected from our safety net programs.

In announcing its March campaign for the food shelves, Minnesota FoodShare and the Greater Minneapolis Council of Churches noted that 510,000 Minnesotans, or more people than Minneapolis and Duluth combined, receive some type of food support.

A study by USDA this past year found that 10.3 percent of Minnesota households struggle to get enough food. That closely tracks with the Census Bureau finding that 544,000 Minnesotans, or 10.8 percent of state population, were living below the federal poverty line.

The Minnesota Department of Human Services notes on its website that it works with Hunger Solutions Minnesota to distribute food to more than 300 food shelves around the state, and that these food shelves distributed more than 62 million pounds of food in 2010. Nearly half (47 percent) of those served that year were senior citizens or children under the age of 18.

Despite an economic recovery underway, the lingering effect of the 2008-2009 Great Recession hasn’t made Minnesota hunger problems go away, said Patty Gibbs, spokesperson for Second Harvest Heartland, the food bank for food shelves based in Maplewood.

The so-called “farm bill” may be a misnomer. The need for a well-designed food program remains as great today as ever and depends on all of us, from producers to consumers.