Although my first-choice mayoral candidate didn’t win this year, I can’t help feeling excitement and pride about the results of this year’s Minneapolis municipal elections. All-in-all, they were a triumph – for women, for people of color, for political diversity, and for stronger democracy.

As a math teacher, a social studies teacher, and a voter, I’ve always loved Ranked Choice Voting (RCV). In local elections, it does away with the low-turnout, unrepresentative primary — and as we’re starting to see in Minneapolis, it fosters greater political inclusion for historically underrepresented communities.

For only the second time in our city’s history, Minneapolis will have a female mayor, Mayor-Elect Betsy Hodges. And the city council will include candidates born in East Africa, Southeast Asia and Latin America, each of whom brings new and uniquely valuable perspectives and ideas to policymaking. Together, they reflect the changing face of our richly diverse city. 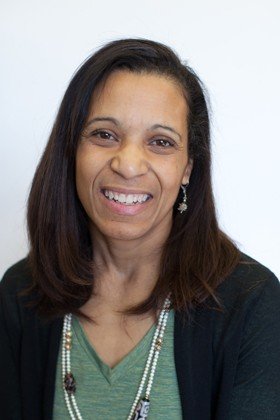 By eliminating fears of “vote-splitting,” RCV allows candidates of color to heed the call to public service without worrying about who else is running and whether the election might divide their communities. And there’s another reason divisiveness isn’t a problem under this system: RCV promotes positive, substantive, issue-based campaigning. It’s counterproductive to attack a rival when you may need second-choice votes from his or her supporters. With RCV, candidates can draw policy distinctions – and find common ground where possible.

Minneapolis voters clearly welcomed the opportunity to rank their choices, as a whopping 88% took advantage of the opportunity to rank two choices and 75% ranked three choices. That astounding participation held true in my ward, Ward 5, where 84% ranked a second choice and 75% ranked a third choice – putting the lie to claims by longtime RCV opponents that ranking 1-2-3 is “too confusing” for voters of color.

Also gratifying to this educator was the fact that participation among student voters got a boost: In the three precincts that are heavily populated by University of Minnesota students, turnout increased dramatically. The old system, which would have meant a poorly attended August primary election and because students are not yet in town, cuts these young voters out of a key stage of the winnowing process. Their voices are important, and I’m glad we got to hear them November 5.

What turned out to matter most in this RCV election wasn’t money or connections; rather, it was energy, hard work and the ability to connect with voters on issues they care about. No matter which candidates you supported, that bodes well for Minneapolis, and for democracy!