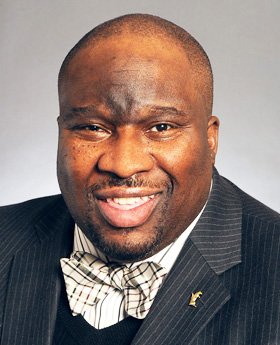 Most of us don’t get to the Capitol to witness the inner workings of our government.

When we do, most of the time, the experience is enlightening, encouraging and uplifting. We leave with a sense that justice prevails, that decency continues to emerge and that truth – even when crushed to the ground – eventually will rise and that freedom will reign.

That’s the America we believe in. It’s the Minnesota that we voted for.

But from time-to-time we experience the rude awakening occasioned by the vicious underbelly of Machiavellian partisan politics. We witness a pernicious guile that descends to deeper levels of incredulity especially when Black people’s interests, and Black men in particular, are involved.

Case in point is what seemed like a Republican call for a modern day witch hunt, I believe, intended to break the will and spirit of Minnesota’s Black community, here personified in the stellar leadership and representation of Sen. Jeff Hayden and Sen. Bobby Champion, both of Minneapolis.

The skeptic in me suggests that the Republican ethics complaints against our senators is an attempt to create headlines and voter disenfranchisement calculated to keep Black and progressive voters from the polls next week, and further, demoralized and confused about the need for aggressive, proactive, non-apologetic advocacy of our rights and needs, and our demand for a fair share of resources that can enable and empower our community to be on the solution side of the horrific disparities debacle that shames Minnesota.

A second part of Hann’s complaint against Sen. Hayden questioned whether he bore any responsibility for the alleged mismanagement of Community Action Partnership of Minneapolis, an agency created to help people with heating bills and with weatherizing their homes to make residences more fuel efficient.

Hayden and his legal team said again and again that there was no personal gain, no family or business connection, and that Dr. Hayden was not on the payroll, employed by, or a director of CSI.

Hayden’s team explained the legislative process and negotiations associated with all the bills authored and supported by members of the Legislature and that the senators’ support of the legislation that would address gaping education disparities suffered by the Black community was consistent with accepted practices.

While subcommittee chair, Sen. Sandy Pappas, and fellow DFL committee member, Sen. Tony Lourey, reminded the Republican members that in recent ethics hearings, when senators said under oath that they did not violate the law, the rules of Senate or the public trust, the ethics subcommittee accepted their word and dismissed the hearing with no probable cause.

So I wondered why this committee would not follow precedent. And hence, why is nobody talking about the elephant in the room?

Again, remembering that most in our community have not attended a legislative hearing, particularly an ethics committee hearing at the legislature, I search my mind for images that would convey to Black people the sense of this proceeding.

Sen. Hayden said emphatically, “I want to be clear, I never threatened or bullied the Minneapolis Public Schools to enter into a contract with CSI. I’m offended by this attack on my integrity. I never realized any personal gain from CSI.”

His protestations, like those of the protagonist in the film and book, “12 Years a Slave,” fell on deaf Republican ears. In the movie, based on a true story, a Black man’s liberty was discounted, disregarded, and stolen. He suffered enslavement.

At risk today, I believe, is the prospect of discounting and disregarding the interests of our community by reducing the number of Black people elected to the Legislature from three, the two senators and one member of the House of Representatives, to one.

Hayden’s legal team added that the newspaper story at the base of the ethic charge, also made unfounded allegations regarding the senator’s father, Dr. Peter Hayden. The team entered as an exhibit Dr. Hayden’s letter to the Star Tribune. Dr. Hayden wrote, “The Star Tribune did not accurately report my relationship with Community Standards Initiative (CSI) in its articles dated Aug. 19 and Sept. 24, 2014.

“Like many others, I am troubled by the violence in our community and am committed to creating positive change in north Minneapolis. For that reason, I was happy to join community activists and representatives of the Minneapolis Police Department, when CSI began an initiative late this summer to identify and implement programs to reduce violence. My involvement with CSI is no different from my collaboration with a number of other organizations working to improve lives in north Minneapolis including the Hennepin County Sheriff’s Department, Protect MN, Shiloh Temple and MPD Public Safety Department.

“To be clear, I am not, and never have been, an employee or board member of CSI. I have never had a contractual relationship with CSI and have never received any compensation from CSI. My role is simply an engaged citizen working with this and other organizations to affect change in our community.

“I am disappointed that my attempts to clarify my role with CSI have been ignored.”

Sen. Hayden and his attorney, Charles Nauen also asserted that Sen. Hayden always acted properly and within rules guiding actions of public officials on community action boards and that allegations in the ethics complaint ignore that there are no facts regarding Sen. Hayden in the state audit of Community Action Partnership.

The ethics subcommittee reconvenes on Nov. 5, and will also hear a similar complaint against Sen. Champion, also filed by Senate Republicans.