The Sisters of St. Joseph who live across the street from me in south Minneapolis tend their lawn with an electric mower. One of them, a brilliant Ph.D., boasted of the corded machine’s zero emissions. “That’s nice for us here,” I replied from the back of my gasoline-powered mower. “But what about the stuff they’re burning up the river to run that thing of yours?” 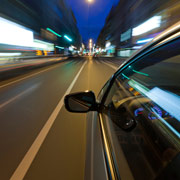 Sister Joan didn’t have much of an answer to that. Now evidence is mounting that proponents of plug-in electric cars to replace gas-guzzlers are at a similar loss.

Just bought a Chevy Volt, Nissan Leaf or, if you’re a real high roller, a Tesla? Congratulations. You’ve absolved yourself of gyrating prices at the pump, not to mention per-gallon fuel taxes that build and maintain streets, bridges and highways. You probably got a nice government subsidy or tax credit to offset the plug-in’s daunting sticker price. You get free entry into some tolled freeway express lanes. And you can cruise the boulevards in emission-free splendor.

Problem is, if you consider the entire life-cycle of a vehicle and its power source — including manufacturing, mining, refining, materials transportation and disposal — and not just its operation, the health, environmental and climate advantages of the electric car fade practically to the disappearing point.

Many studies funded by automobile and power company interests have given glowing reviews to electric cars. But one financed by the U.S. Congress and conducted by the National Research Council of the National Academies found that electric cars’ lifetime health and environmental damage, excluding long-term climate effects, is greater than for gasoline-powered cars, and hardly less overall.

“Indeed, the study found that an electric car is likely worse than a car fueled exclusively by gasoline derived from [notoriously dirty] Canadian tar sands!” Ozzie Zehner, who once worked on development of electric cars for General Motors, wrote in an article titled “Unclean at Any Speed.”

Zehner’s screed has shaken up the industry by putting a spotlight on both biased science that follows the money and the not-so-hidden agendas of some electric-car proponents. For example, he points out that the nation’s biggest government subsidies for electric motoring are on offer in West Virginia, where state supplements to federal aid reduce the price of an electric car by up to $15,000 and a personal charging station by up to $10,000.

Why would the Mountain State, hardly a paragon of hipness, get so excited about electric cars? The real excitement is for West Virginia coal to fire more electric generation and replace some of the petroleum that now powers nearly all U.S. transportation.

That’s because, as Maureen Cropper, a leader among two dozen top scientists who oversaw the National Research Council report, told Zehner, “Whether we are talking about a conventional gasoline-powered automobile, an electric vehicle or a hybrid, most of the damages are actually coming from stages other than just the driving of the vehicle.”

Production of heavy rechargeable batteries for vehicles requires energy-intensive mining and processing of lithium, copper and nickel that can release toxic wastes. More poison can be let loose if batteries are improperly disposed of at the end of their useful lives. To make up for the heft of these power sources — one-third the total weight of a Tesla Roadster, for example — automakers use energy-sapping lightweight alloys in the rest of the vehicle

Even the promise of renewable energy generation — still a tiny fraction of the U.S. power grid’s coal-heavy feedstock — doesn’t totally justify electric cars. “Solar cells contain heavy metals, and their manufacturing releases greenhouse gases such as sulfur hexafluoride, which has 23,000 times the global warming potential as carbon dioxide,” Zehner reports. “What’s more, fossil fuels are burned in the extraction of raw materials to make solar cells and wind turbines — and for their fabrication, assembly and maintenance. The same is true for the redundant backup power plants they require. And even more fossil fuel is burned when all this equipment is decommissioned.”

Can future technological advances and power grid improvements give electric motoring an eventual leg up? The National Research Council study projected such developments as far as 2030 and still found no significant advantage for the electrics.

Zehner, who built a hybrid electric car that could be plugged in or run on natural gas 20 years ago, says he’s now convinced that electric vehicles will never reduce pollution or fossil-fuel dependence. Instead, he says, we should focus on ways to deemphasize the need for private vehicles: compact land use, higher fuel taxes, better transit, bicycling and walking infrastructure.

“Following that prescription would solve many problems that a proliferation of electric cars could not begin to address — including automotive injuries, deaths and the frustration of being stuck in traffic,” he wrote. “Upon closer consideration, moving from petroleum-fueled vehicles to electric cars begins to look more and more like shifting from one brand of cigarettes to another.”

And those new cigarettes are a lot more expensive than the old ones. The added cost is the price of more environmental damage in manufacturing and disposal of both electric vehicles and their power supplies. And the damage imposes costs of its own that we all pay, whether we drive with petroleum or electricity or not at all.