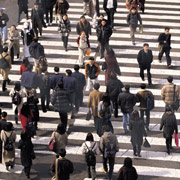 How much food do we throw away in this country?

He’s not just talking about food wasted from inefficient households, or from institutional and food industry feeding operations. Rather, what’s caught his attention is the steady stream of food recalls for food safety reasons that pull enormous quantities of food out of the supply chain.

As recently as last week, several thousand cartons of eggs from a southern Minnesota farm had been recalled.

This is on top of October’s national recalls. USDA’s Food Safety and Inspection Service (FSIS) announced the recall of 377,775 pounds of ground beef from a Los Angeles meat company, 875 pounds of center cut steaks from an Oklahoma City meat company, 15,760 pounds of frozen chicken and steak fajita products from a Boulder, Colo., firm, and an undetermined amount of ready-to-eat, seasoned beef and shredded pork products from an Ohio company.

These recalls came on the heels of a massive, multi-state recall of fresh cantaloupe that had consumers shying away from produce departments in grocery stores. That brought back memories of an earlier scare that nearly toppled the American apple industry in some states.

A joint journalism project between MSNBC.com and the Carnegie-Knight News21 program on food safety noted that 48 million cases of forborne illnesses are recorded in America each year, of which 128,000 require hospitalization and from which 3,000 people die.

USDA personnel have responsibilities at most domestic food processing plants where products enter interstate commerce. The U.S. Food and Drug Administration (FDA) has responsibilities for checking food imports at more than 360 U.S. ports.

The journalism student-researchers from the universities of Arizona State, Harvard, Maryland, Missouri and Nebraska found the number of FDA investigators was increased from 1,350 to 1,800 in 2009, but the increase in personnel isn’t keeping pace with the increase in food shipments.

Most troubling about these numbers was what the inspectors found. One report cited that 51 percent of the seafood shipments inspected was “turned away” from ports for being filthy, spoiled, or for carrying pathogens or containing physical abnormalities.

Such data scream at consumers, “Cook your food … thoroughly!”

At the same time, look at the public policy response and the mixed messages being sent to farmers.

In past decades, Iowa held the first in the nation precinct caucuses because that prompted presidential candidates to pay attention to rural and farm issues before moving on to larger states and urban issues. This reasoning has been lost in modern campaign tactics. Instead, policymakers’ early position papers advocate rolling back regulations and taxes that do not address any farm or rural issue.

Let’s look at the campaign messages in Iowa and public actions to date that apply to farm, food and hunger issues in Minnesota and other major agricultural states.

How do we produce food for a world population that has now reached 7 billion? Not a word from the candidates in national debates.  Many conservative policymakers are looking at ways to cut food aid to the needy both at home and abroad, which shrinks food market for farmers.

How do we get the hungry to buy more food and live healthier lives? Cutting taxes for the wealthiest Americans ought to do the trick, right?

Ag producers want to ensure their crops and livestock are providing safe, healthy food supplies to local and international markets. They need state and federal regulators, inspectors, and guidelines that will serve as strong partners to make sure no one is sickened by their food, and that people home and abroad don’t go hungry because of food policy failures.

Instead, conservative policymakers are telling them, rush to grab as much profit now that you can, self-regulate with no real guidance, and if you run into a problem that’s on you.

Unless we invest in our rural communities, ag research universities, and food inspection services, there is no way we’ll be able to feed 7 billion people world wide safely and without international conflict.