A new global study by University of Minnesota researchers sheds fresh light on the need to increase food production in step with population growth by the year 2050 while also showing by example how scientists, farmers, food companies, the public sector and consumers must work together to achieve such goals. 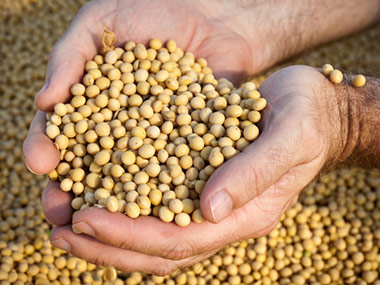 The report from the University’s Institute on the Environment (IonE) was published in June on the open access science journal Plos One.

“Clearly, the world faces a looming agricultural crisis, with yield increases insufficient to keep up with projected demand,” said IonE director Jonathan Foley, a co-author, in a University statement releasing the report. Regarding the four key global crops of corn, wheat, rice and soybeans, he added: “If we are to boost production in these key crops to meet projected needs, we have no time to waste.”

The Washington Post, Bloomberg Business Week and a smattering of publications around the world from India, Australia and the Guardian in the UK have reported on the study’s findings although it has been largely ignored here at home.

Unlike past studies on the issue, which primarily come from economists, demographers and various plant-breeding scientists, this work features Earth, aeronautical, and technology sciences. Deepak Ray, Nathaniel D. Mueller, Paul C. West, and IonE director Jonathan A. Foley map areas of the world where increases and decreases in major crop yields are occurring. It comes just as the World Bank has issued new warnings that climate change may create severe food shortages within the next 20 years.

That has been a concern for Loeslie for the past 40 years. Back then, the former Soviet Union shocked the world and began making large purchases of wheat from the United States.

Some observers heralded that development as a new era built around trade, which proved to be partly true. Others were concerned world population had crossed the so-called Malthusian Curve and we would no longer be able to adequately feed ourselves. World leaders began planning a United Nations-sponsored World Food Conference at Rome for 1974 with the stated goal of “ending hunger in our lifetime.”

The world was in the middle of a three-year global drought cycle 40 years ago this summer. Rains eventually returned although not uniformly across the planet. Agriculture made great strides in increasing crop yields aided in large part by the Green Revolution that is associated with Nobel laureate Norman Borlag and others working at international research stations.

The big gains in food production came from biology, chemistry and physics. Understanding markets, supplies, demands and price rationing, however, came from economists and various social scientists who tried to help shape public policies in response to world needs.

From this observer’s vantage point, the wheat growers’ organizations were leaders in helping food producers and agribusiness understand the economics behind food shortages and food abundance – surpluses. This was largely the result of close ties and friendships developed among University applied economists and Loeslie and farm colleagues in Minnesota.

Anti-science people backed by some vested interests, living on today as deniers of climate change, scoffed at the world’s concerns 40 years ago. That period was followed by 25 years in which the United States and major agricultural exporting countries struggled with managing crop surpluses.

The late G. Edward Schuh, who would serve as chair of the University’s Department of Applied Economics and as dean of the Humphrey School of Public Affairs, was a mentor to wheat growers and Minnesota’s huge food and agriculture industries during the 1980s. Schuh convinced all who would listen that trade volume and flows resulted from the value of currencies, not physical human need for food.

Those were lessons we needed to learn when it seemed we were suffering economically from surplus commodity production. Hunger and scarcity don’t make markets. Going forward, we will need to relearn this lesson as budgets for both domestic and foreign food assistance are under attack in Congress, as are funds for agricultural research.

The University study found that production of the major crops is likely to increase 38-67 percent by 2050 while the estimated need for these crops will increase by 60-110 percent in that period. That’s a massive shortfall.

Good news, however, was in the report’s funding disclaimer. IonE scientists acknowledged funding was provided by the private Gordon and Betty Moore Foundation, public funds from the IonE and from the National Aeronautics and Space Administration’s Interdisciplinary Earth Science program, one of the researchers was support by a National Science Foundation grant, and several major corporations helped even though they don’t have an applied interest in the study’s findings.

These corporations proved they can support pure, not applied research, and make it available to all. Google, Kellogg and PepsiCo should be saluted for this, and especially our Minnesota-based Cargill, General Mills and Mosaic companies.

As Loeslie noted, “This is good corporate citizenship.”

It’s going to take more cooperation from everyone to solve this looming crisis.